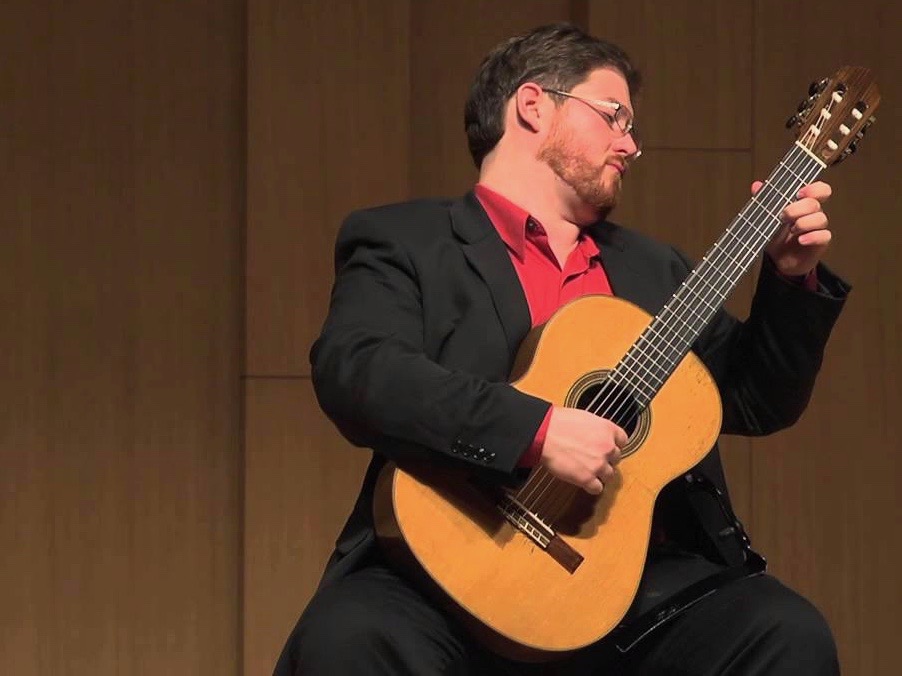 On Thursday, October 12, from noon to 1:00 pm in the Grand Gallery, the series will present a free concert by classical guitarist Dan Kyzer. The program will feature music by Alexandre Tansman, Domenico Scarlatti, Luigi Legnani, and Antonio Lauro. Thanks to anonymous friends of the series for supporting this performance.

Click here for a link to the calendar event page with more about the artist and the full schedule for the series.

Classical guitar music has strong ties to the music and culture of Spain. Thursday’s program will reflect some of that influence.

Two sonatas by Baroque Spanish composer Domenico Scarlatti (1685-1757) will be on the program. Kyzer said that in some of Scarlatti’s more than 500 piano sonatas, the composer appears to have written passages with the intention of mimicking the sound of guitar strumming.

Though the modern design of the guitar did not exist during Scarlatti’s time, Kyzer said some of Scarlatti’s sonatas show influence from Flamenco, a formalized Spanish music derived from the region’s folk music. Guitar has been a common instrument in Flamenco for centuries.

Kyzer said not all piano pieces work well on guitar, but Scarlatti’s music often does, in part because of the Spanish connection.

Kyzer said he credits the 19th-century Spanish luthier Antonio de Torres for creating the modern design for the guitar. Kyzer said in part, it comes from the oud, a middle-eastern stringed instrument brought to Spain by the Moors in the Middle Ages. He said similar instruments in European music were the Baroque guitar and the lute, but they were smaller and quieter.

According to Kyzer, the ability of a guitarist to produce different kinds of sounds comes in large part form Torres’ design of a large, resonant soundboard. The soundboard is the part of the instrument that is most visible from the audience. It’s the flat piece behind the strings.

“We have this whole sort of color palette that we can use,” said Kyzer. For example, he said he can make subtle changes to the angle of the fingernail on a string, or to how much flesh to combine with the nail. He said these kinds of choices can change the timbre of notes from a breathy clarinet to a tinny trumpet.

“It’s one of the most unique things that we can do on the guitar,” Kyzer said. He referenced virtuoso classical guitarist, Andrés Segovia, also from Spain, who said the guitar could replicate all the orchestral instruments.

“Segovia was the most influential classical guitarist of the twentieth century,” said Kyzer, adding that the virtuoso revolutionized the instrument. Many great performers will pay composers to write works for them. But people would freely write music for Segovia, Kyzer said.

In 1949, Segovia chose to include in his repertoire Alexandre Tansman’s “Cavatina,” a four-movement suite of dances written for the virtuoso. Not satisfied that it ended on a slow movement, Segovia asked the composer to write a fifth, said Kyzer. In deference to guitar royalty, Tansman complied, penning “Danza Pomposa” as the finale. Kyzer will perform the piece Thursday.

Italian violinist and guitarist Luigi Legnani lived during the nineteenth century, in the Romantic Period of music when Torres’ guitar design was becoming popular. Legnani’s “Fantasia, Op. 19,” will be on Thursday’s program. Kyzer said it uses ideas from the Classical Period, about 100 years earlier. He said the composer was looking back, using earlier ways to organize the music with more symmetry and fewer melodic ideas.

Kyzer said this was common for classical guitar composers. They tended to write in slightly older styles compared to those writing in more mainstream genres such as symphony and string quartet. “It’s probably because the instrument was in its infancy,” said Kyzer. He added it was a novelty to write melodies for an instrument that had been used for centuries to strum chords.

Yet another guitar connection to Spain is its prevalence in Latin American music. Venezuela was colonized by Spain in the sixteenth century, gaining independence in the early nineteenth. Kyzer will play dance pieces by Venezuelan 20th-century composer Antonio Lauro.

“I play them because they’re just so pretty,” said Kyzer of Lauro’s works. He said if he had a specialty, it would be finding really interesting themes and really good melodies. He said Lauro’s music fits his M.O. 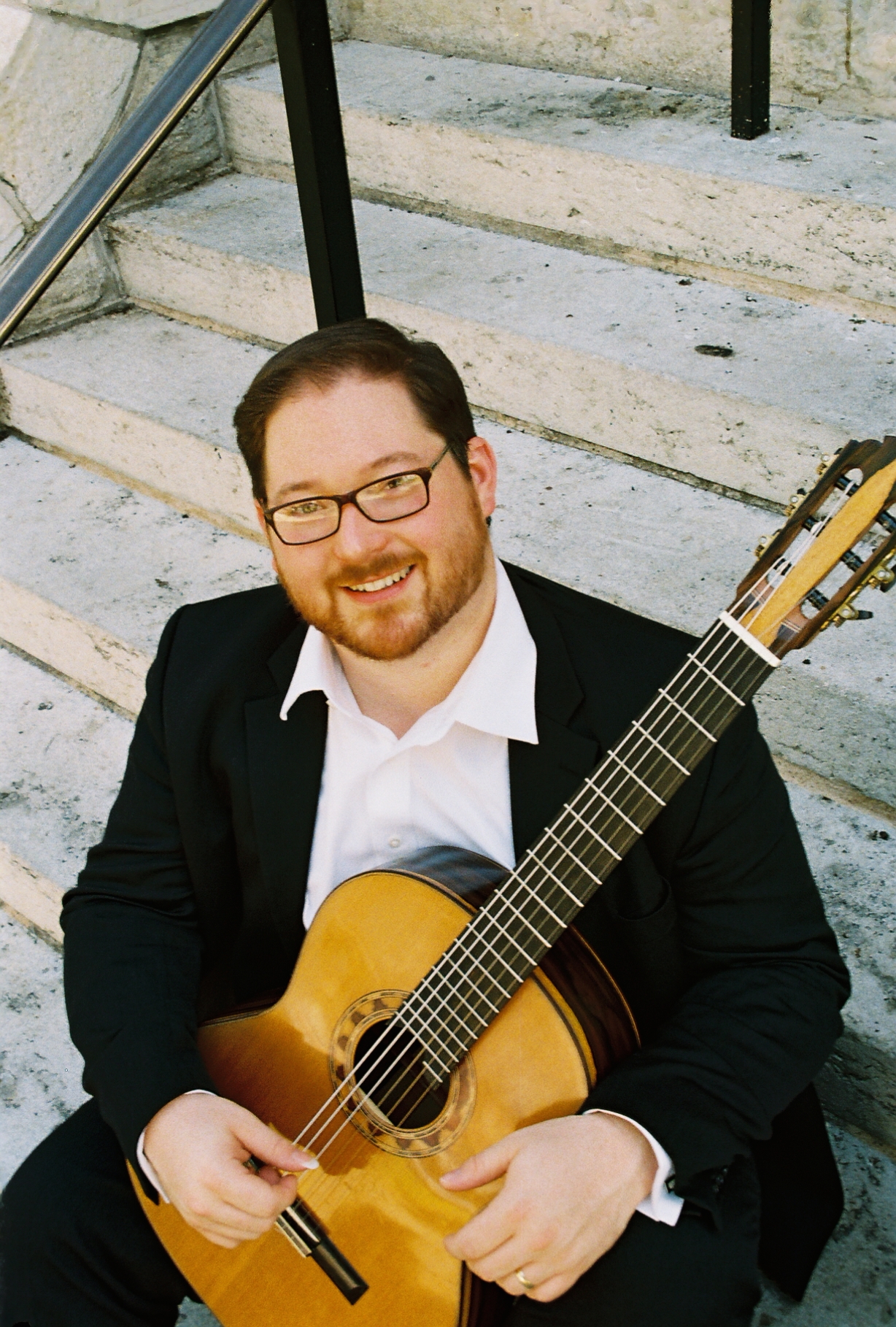