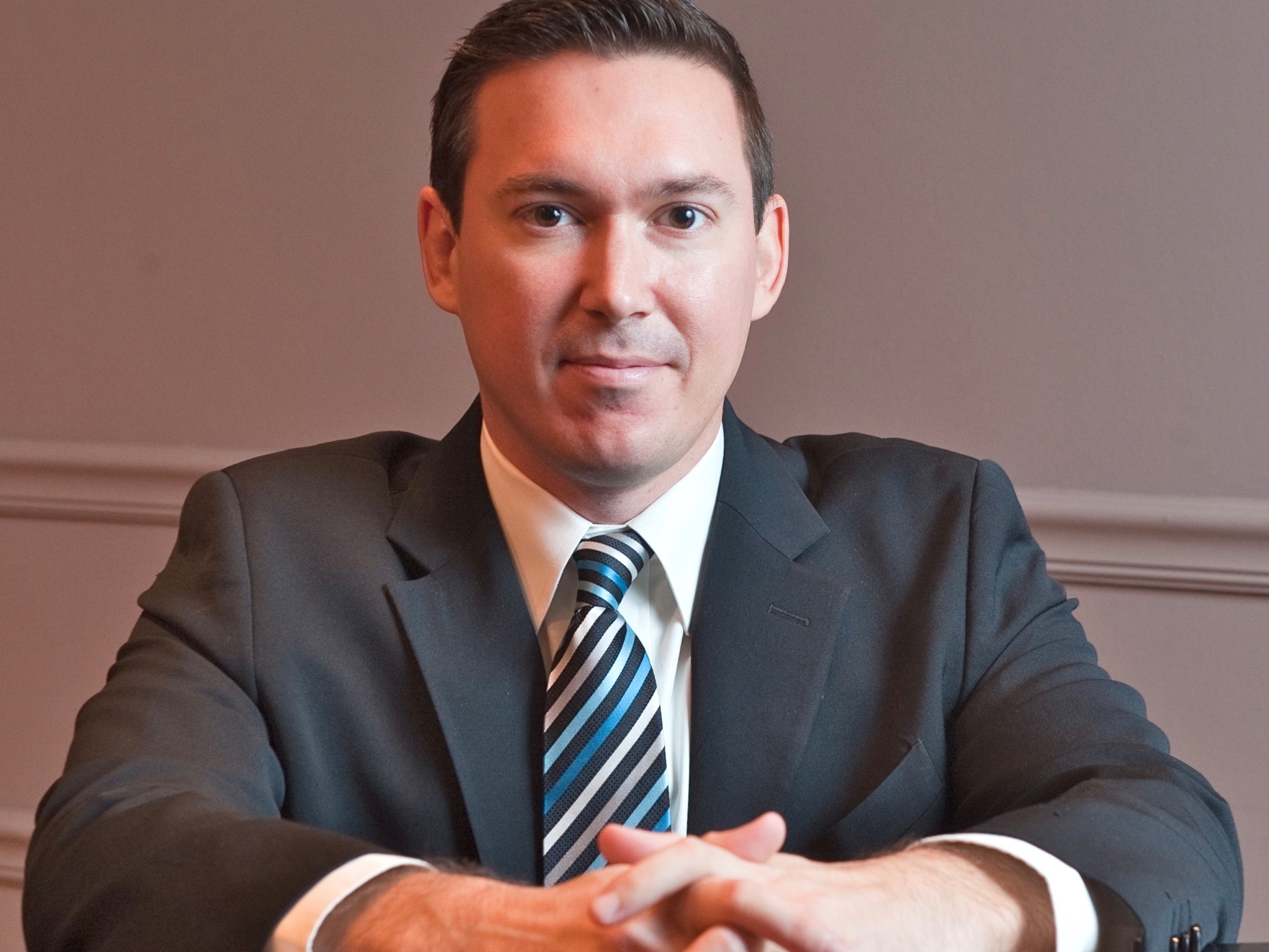 On Thursday, October 5, from noon to 1:00 pm, the series will present a free concert by pianist Jeremy Samolesky. The program will feature music by Franz Schubert, Frédéric Chopin, Ludwig van Beethoven, and Johann Sebastian Bach (from the Bach-Busoni editions). Thanks to gifts from Drs. T. and Soma Nagendran and from Anonymous Friends of the Series for helping to make this performance possible.

Thursday’s program will be repeated as a ticketed concert at Auburn University’s Goodwin Hall at 7:30 on October 23. The two Auburn performances will be part of Samolesky’s upcoming tour of six schools in the southeast plus Eastman School of Music at the University of Rochester in New York.

Samolesky will play Franz Schubert’s “Klavierstück No. 2 in E-flat major,” written the last year of the young composer’s life in 1828. Also on the program will be Frédéric Chopin’s mid-1830s composition “Ballade No. 1 in G minor,” Ludwig van Beethoven’s “Sonata in E major, Op. 109” from 1820, and a Ferruccio Busoni arrangement of “Chaconne in D minor” for violin by Johann Sebastian Bach.

In the early-to-mid 1800s, the piano began its final development into its modern form. This came at a time when Romantic-Period composers like Chopin and Franz Liszt were writing almost exclusively for the instrument, ushering in a kind of golden age of the piano.

Samolesky said many of the most famous piano pieces are from that time. The Classical Period had all but ended, its music known for musical ideas developed with symmetry and organized into established forms. The Romantic composers broke from that tradition, writing music that was more intense and dramatic, driven by beautiful melodies.

Even Beethoven, whom Samolesky said took Classical forms about as far as they could go, in the end began to abandon those ideas. The “Sonata in E major” was Beethoven’s 30th piano sonata, and began his movement toward romantic and spiritual themes, said Samolesky.

“He’s expressing a new voice,” Samolesky said of the sonata. “The form is still there, but there’s a profound message within the music,” he said, adding that it is nostalgic and more reflective.

During the life of Johann Sebastian Bach (1685-1750), the piano was in its infancy. Bach’s keyboard works included music only for harpsichord and organ. But as the piano became more popular, so did Bach’s music. For instance, Samolesky said Liszt arranged of all of Bach’s organ sonatas for piano four-hand.

The Steinway company was founded in 1853 building concert pianos. In the decades that followed, other companies began mass-producing them. More and more, the piano became common in Western homes. Samolesky said with no radio yet to broadcast performances, these arrangements were a way people could enjoy Bach’s music at home.

Busoni, who lived around the turn of the 20th century, was a very famous concert pianist, said Samolesky. “His music was full of extreme virtuosity,” he added. He said pianists like Busoni were literally rock stars of that generation. Also a composer and arranger, Busoni is possibly best-known for his editions of Bach’s music arranged for the piano.

The instruments Bach had to work with, such as the violin and harpsichord, were mostly smaller and limited in their abilities compared to the modern piano. The pianist said for this reason, many might think of Bach’s music as quiet and perhaps unable to express the full range of human emotion. But he said he believes that with access to the modern piano, Bach would have used its full capability. And Busoni would have agreed, judging by his version of the Chaconne.

Samolesky believes that Busoni’s interpretation of the solo violin piece is as romantic in its expression as the masterpieces of Chopin and Liszt. Though Samolesky said Busoni kept the notes and harmonies true to Bach’s original, he uses the full physical and emotional range of the piano to build to a victorious finale.

Chopin’s ballades are his hits, said Samolesky. “They have everything in them,” he said, adding that they are a storytelling journey, with many different moods and characters. Samolesky said that most of the pieces on Thursday’s program display the very Romantic notion of struggle toward redemption at the end. But Chopin’s “Ballade No. 1” is the exception. He said it has the struggle, but “comes crashing down onto a minor chord.”

Samolesky said he enjoys playing the entirety of piano repertoire. But returning to the more famous and dramatic Romantic music is helpful. “I’ve taught most of these pieces, and put together a program of some of my all-time favorites,” he said. He added, “You get a lot of emotional and physical satisfaction from playing Romantic music.” 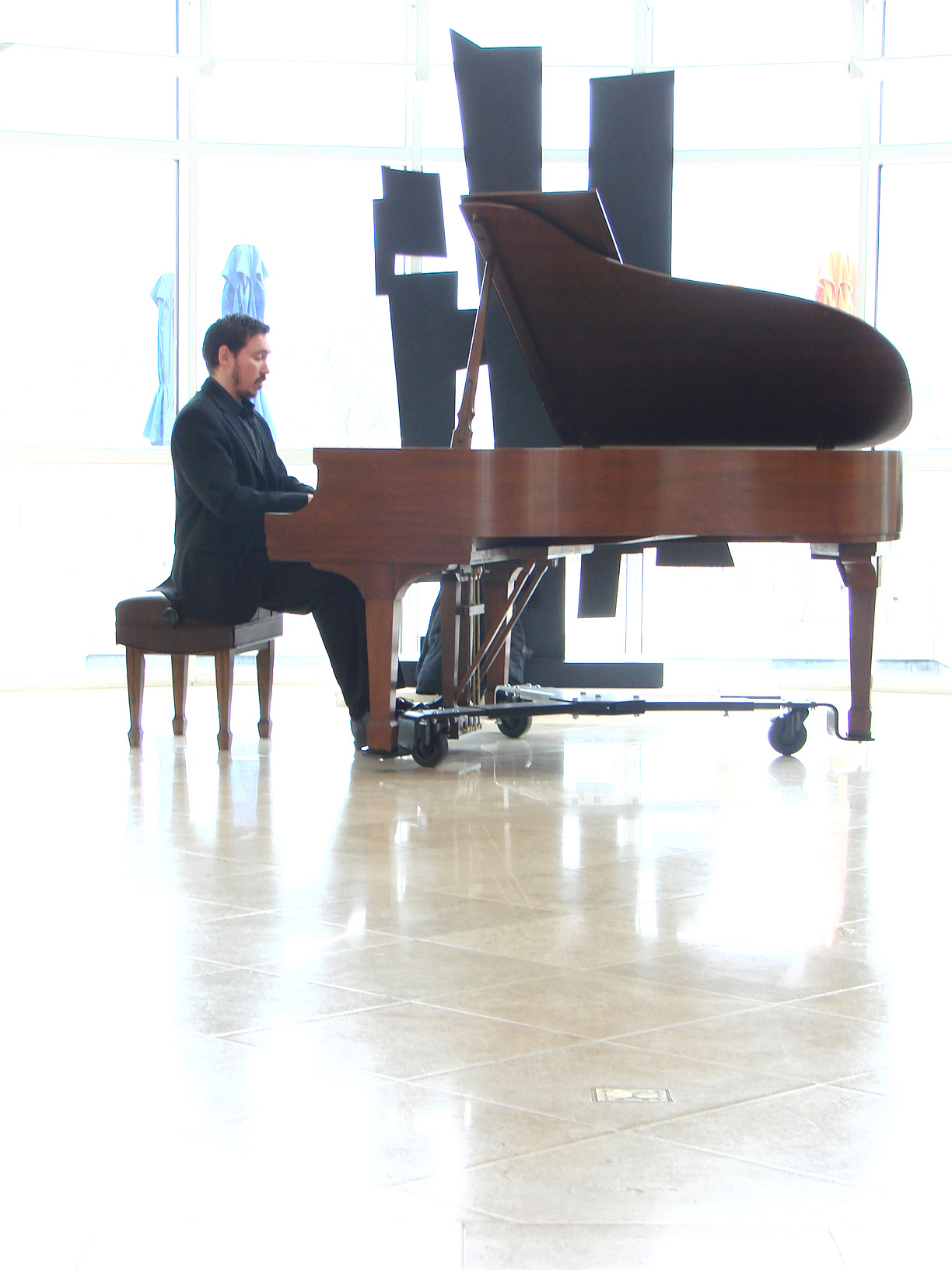