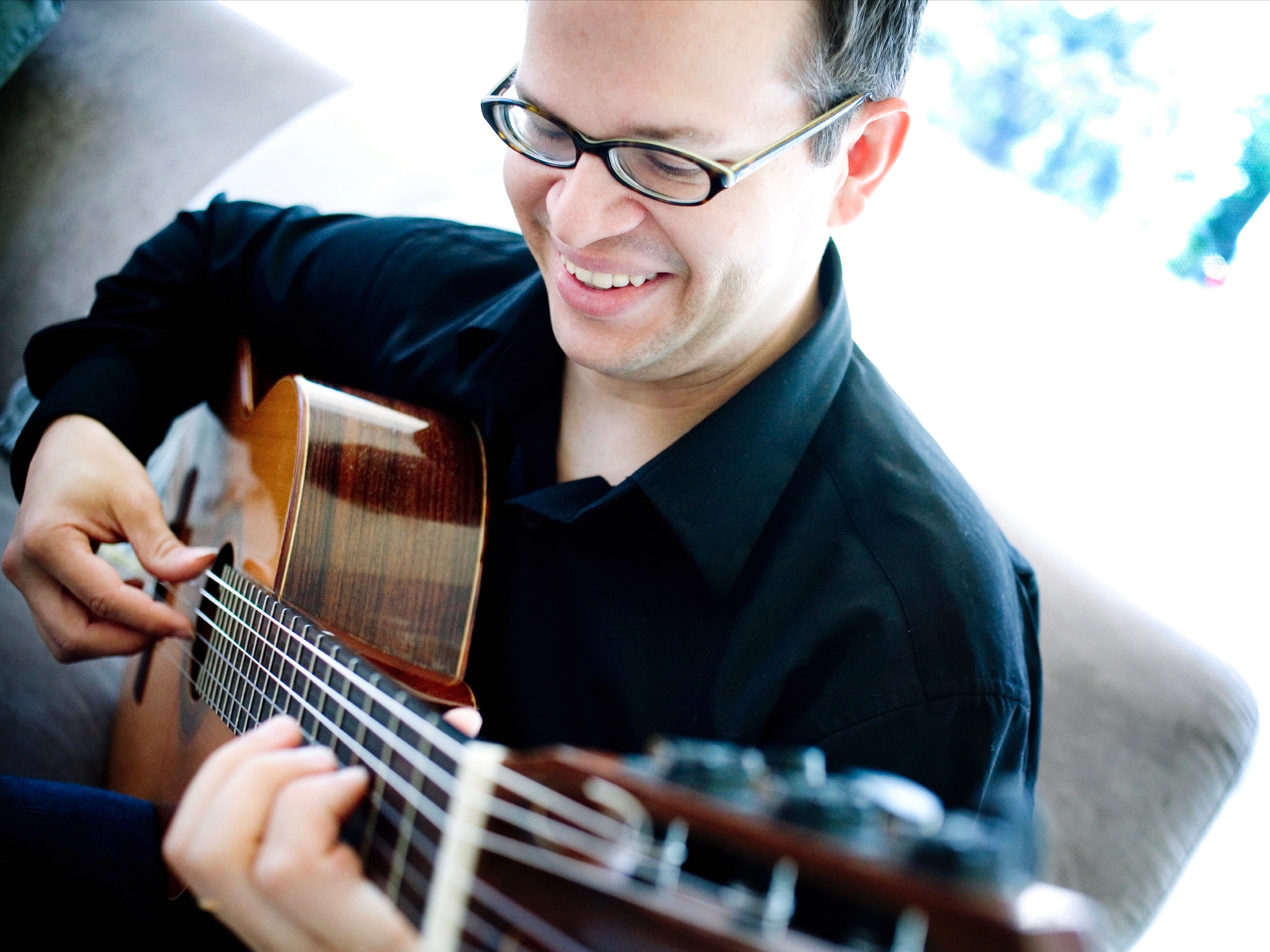 On Thursday, December 30 from noon to 1:00 pm, the series will present a free concert in the Grand Gallery by classical guitarist Kevin Manderville. The program will feature music by Johann Sebastian Bach, Gerardo Tamez, Phillip Houghton, John Doan, Pieter Van der Staak, and others. Gifts from Jack & Jane Brown and from anonymous friends of the series have helped to make this performance possible.

Click here for the event page on our calendar with the full fall schedule.

Manderville has won top prizes in competitions including first prize at the Montreal International Classical Guitar Festival. He has performed throughout North America and Europe and has premiered works including some written for him.

Thursday’s program will include Scottish lute pieces from the late Renaissance period, a transcription of cello music by Johann Sebastian Bach from the Baroque Period, and a series of pieces composed in the late twentieth-century.

Manderville will perform two pieces by Phillip Houghton, an Australian composer who died in October. Manderville says the composer had many influences and listed rock, jazz, new age, mythology, world music, and classical music among them. Furthermore, the piece “God of the Northern Forest” was inspired by Australia’s Northern Territory and a painting of the same name by Swiss artist Paul Klee.

Manderville says the wildness of “God of the Northern Forest” contrasts with Houghton’s “Kinkachoo, I Love You,” which is quiet, meditative, and ambient. “It’s flowing, with a sense of weightlessness,” Manderville said. Both pieces are featured on Manderville’s 2010 debut CD, “Through the Centuries” released on the Clear Note label. Click here to see and purchase the CD on Clear Note’s website.

Gerardo Tamez is a still-living composer born in 1948. Manderville says he is not well-known in the U.S., and found Tamez’s work, “Aires de Son,” doing internet searches for ideas. “I fell in love with this piece,” Manderville said. “It’s got a little bit of everything.”

Manderville says “Aires de Son” includes very beautiful lyricism, a dance written in an odd meter, and things that remind him of music Andres Segovia would play. Segovia was a twentieth-century guitarist, iconic to the classical guitar genre.

Thursday’s program will include Pieter Van der Staak’s “Three Moods from the Song of Solomon.” Manderville says it is a profound work, though under five minutes long. “There’s more music than the length,” he said, adding that it was inspired by the Biblical Song of Soloman and has Middle Eastern influences.

Manderville says he heard John Doan’s piece, “Farewell,” many years ago in graduate school, but it didn’t fit into any category of music expected of a graduate student. “It’s something a little different than what a classical musician would typically play,” Manderville said, citing its simplicity, beautiful melodies, and Celtic flavors. “As I’ve gotten older and have played more, it’s nice to play something that’s beautiful as opposed to academic or substantial…There’s a lot of just beautiful lyricism in this program.”

With degrees from Stetson University and Florida State University, Manderville has served on college faculties in Georgia, New York, Florida, and Alabama. Currently based in Montgomery, he directs the classical guitar program at Carver Elementary Arts Magnet School and is on the faculty at Huntingdon College. 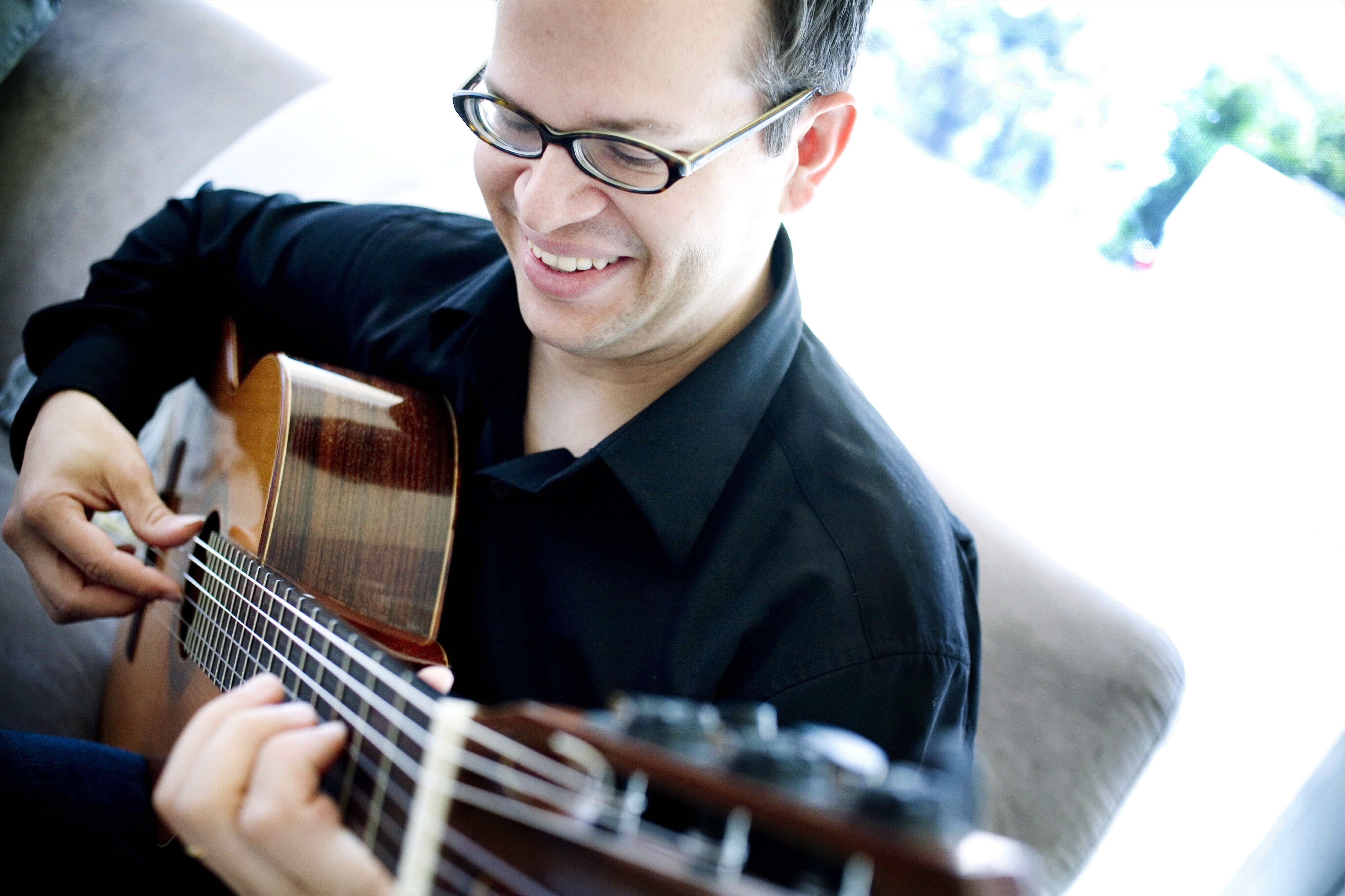