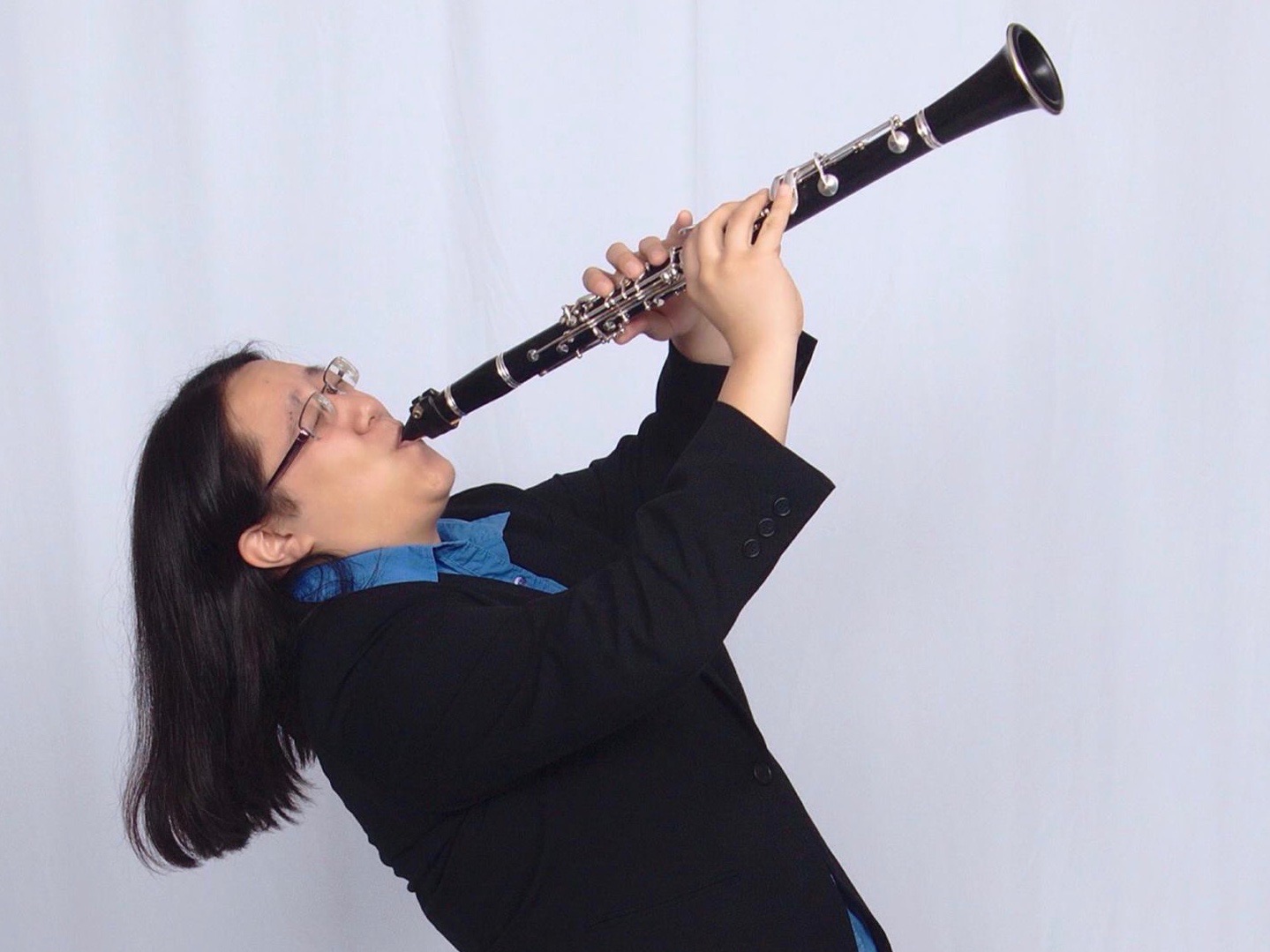 On Thursday, November 9 from noon to 1:00 pm, the series will present a free concert by clarinetist Patricia Crispino with pianist Beibei Lin. The program will feature music by Robert Muczynski, Darius Milhaud, Norbert Burgmuller, and Francis Poulenc. Gifts from Phyllis Stanaland, Ruth Crocker, and anonymous friends of the series have helped to make this performance possible.

Click here for the concert’s event page with more about the performers and the full concert schedule for Fall 2017.

Crispino says she grew up in a military family that moved around a lot. Because of that, she didn’t start learning music when others her age did. But even as a latecomer, she took quickly to the clarinet. “I loved it,” she said, adding that it was so important to her, her parents sometimes used it as leverage if Crispino ever misbehaved.“One of the ways my parents punished me was saying, ‘I’m going to take that clarinet away from you.’”

There are things that are special about the clarinet to Crispino. She says among all instruments, it has one of the widest ranges. She says it is unique in the way its sound is consistent throughout its full range. She adds that it is not only the tone quality of the clarinet that remains consistent, but also how versatile it is.

When Crispino speaks of a versatile sound, she means that the instrument can be played at its highest, lowest, and anywhere in between with the same gentleness or the same force as anywhere else in its range. She says whether it’s using certain subtle ways to play a melody or making a tone-color change, anything is possible at any range.

“The instrument will not prohibit you from getting the sound you want,” she said.

Thursday the duo will perform Robert Muczynski’s “Time Pieces for clarinet and piano, Op. 43.” Crispino says the composer wrote the piece with an awareness that the instrument is so versatile.

“It’s great at showcasing evenness, range, articulations, and balance,” said Crispino of “Time Pieces.” She adds that is it a demanding and well-rounded piece.

The composer Norbert Burgmüller died in 1836 at the age of 26. Crispino says his death was lamented as tragic by his colleagues, some of whom were famous composers such as Louis Spohr and Robert Schumann. They saw Burgmüller’s potential to enter history as one of its greatest composers.

Thursday, The duo will perform Burgmüller’s “Duo for clarinet and piano in E-flat major.” Crispino describes it as having lots of exchange of melody and a big ending.

Based in the Tallahassee area, Crispino freelances in North Florida, directs the clarinet choir Tallahassee Breezes, teaches, and is an Ophthalmic Technician at Southern Vitreoretinal Associates.

Crispino says she and Lin met at a Bible study at Florida State University where they were both doctoral students. After that, they began playing together.

Lin has appeared as guest recitalist, pedagogue, and adjudicator throughout the United States. She debuted as a soloist with the MasterWorks Festival Orchestra at age seventeen, performing Prokofiev’s First Piano Concerto. Recent performances include the 2016 International Double Reed Society Conference and the 2017 Women Composers Festival of Hartford.

Lin’s research in the field of piano-pedagogy trends in 21st-Century China has been featured in publications and conferences. She has appeared as a performer, presenter, and panelist at The Sport Professionals’ Experience and Research Conference, speaking on interdisciplinary topics relating to music and sports performance. She currently teaches at Columbus State University.

For more information, contact Scott Bishop, university liaison and curator of education, at bishogs@auburn.edu or 334-844-7014.