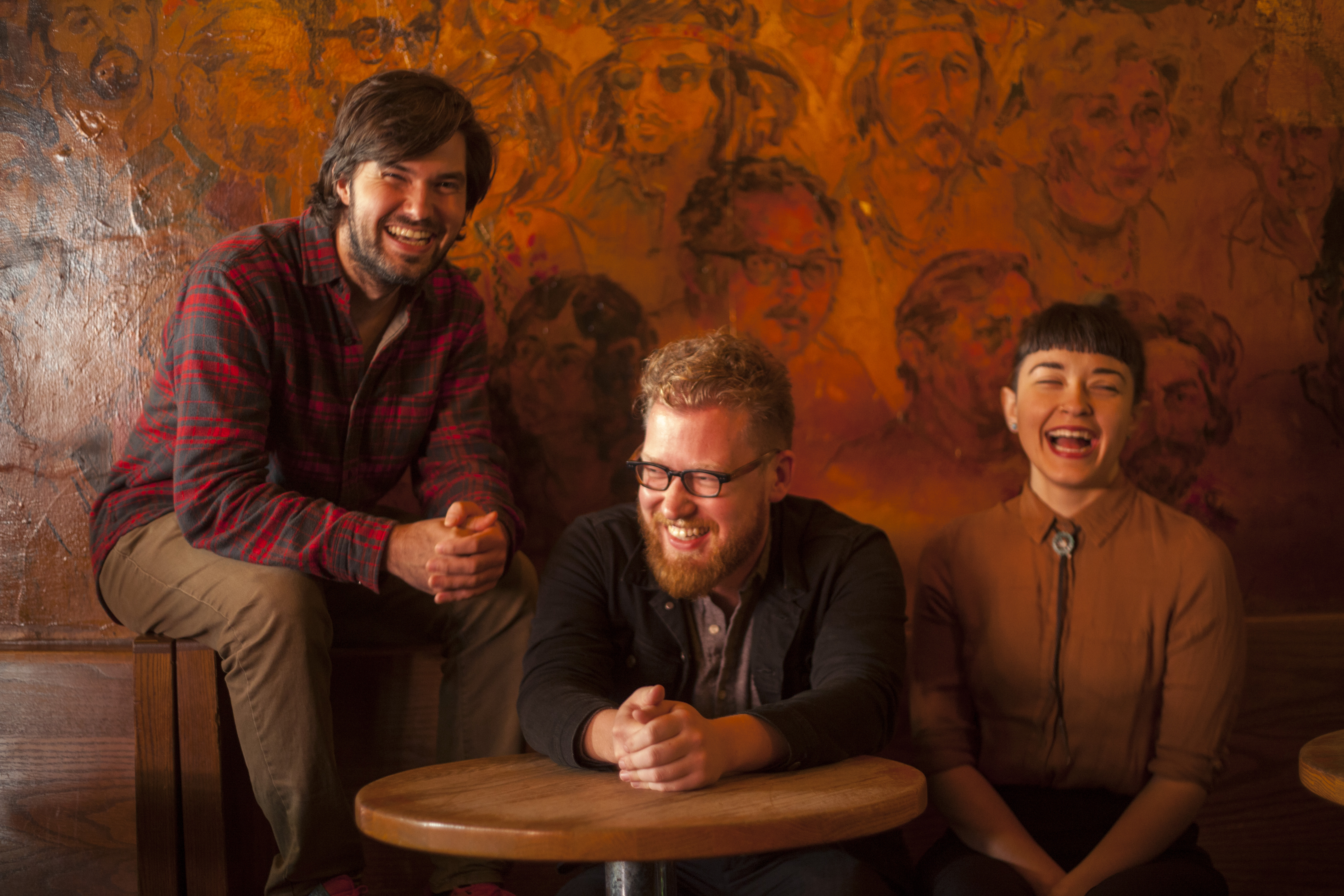 At noon on Thursday, January 21, The Few, an improvised-music trio from Chicago will perform a free concert at Jule Collins Smith Museum of Fine Art, Auburn University as a part of the museum’s weekly series, “A Little Lunch Music.” The performance is sponsored by Anonymous Friends of the Series. The café menu is available online.

At a Chicago club called Constellation, guitarist Steve Marquette was among three musicians invited to perform for an improvised-music series called 3-On-3. His task was to assemble a trio with the condition that the night of the public performance would be its members’ first time ever playing together.

Thus was born The Few. Joined by violinist Macie Stewart, who also sings in the group, and bassist Charlie Kirchen, Marquette said it was very successful. “It definitely felt like there was a lot of potential there that needed to be explored,” he said.

For decades, Chicago has been an epicenter of American art and culture. This includes a tradition of improvised music that goes back to the beginnings of free jazz in the 1960s. The members of The Few have been influenced by this tradition and consider themselves to be among the latest in the lineage of Chicago improvisers.

Last week, The Few returned to Constellation for a performance that kicked off its southern tour. Before January is over, Marquette, Stewart, and Kirchen will have performed improvised music for acoustic strings at venues in seven states. New Orleans will be its final stop. The tour will include some joint performances with other improvisers.

Before The Few, Marquette said he hadn’t played or even owned an acoustic guitar in a long time, having focused on developing his playing on electric. “I wanted to force myself to just deal with just the instrument without amplification, without effects,” said Marquette.

Improvised music is often an anything-goes approach to creating art. Performers will sometimes have multiple instruments on stage, or they may use unusual ways of creating sounds with traditional equipment.

Marquette said he likes the way The Few deals with the limitations of just these instruments and voice. He said it has taken his playing to places electric instruments would not likely have led.

Improvisation is often called instant composing, which Marquette says can be cliché. But he said the term applies well to The Few. Even though every piece they play is improvised, he said he likes that it can very often resemble written music.

Though Marquette and Kirchen have some background in jazz, Marquette said Stewart has a history of playing in rock bands and singer/songwriter projects. With the acoustic nature of the group, he said its sound sometimes contains an element of folk music.

“The key is that we get to those places organically, and we don’t feel compelled to force things into that area,” said Marquette.

Though the group does rehearse, its members also spend a good deal of time talking about the music, said Marquette. He said that these discussions combined with their desire to take inspiration from non-musical sources are important in keeping the music fresh and avoiding too much self-referencing.

Marquette said one of the best things about the group is that everyone is committed to these ideas. “That’s 75 percent of the battle,” he said, adding, “We have an opportunity to explore these things and really get at them.”

Click here to enjoy a preview of some of the group’s work.