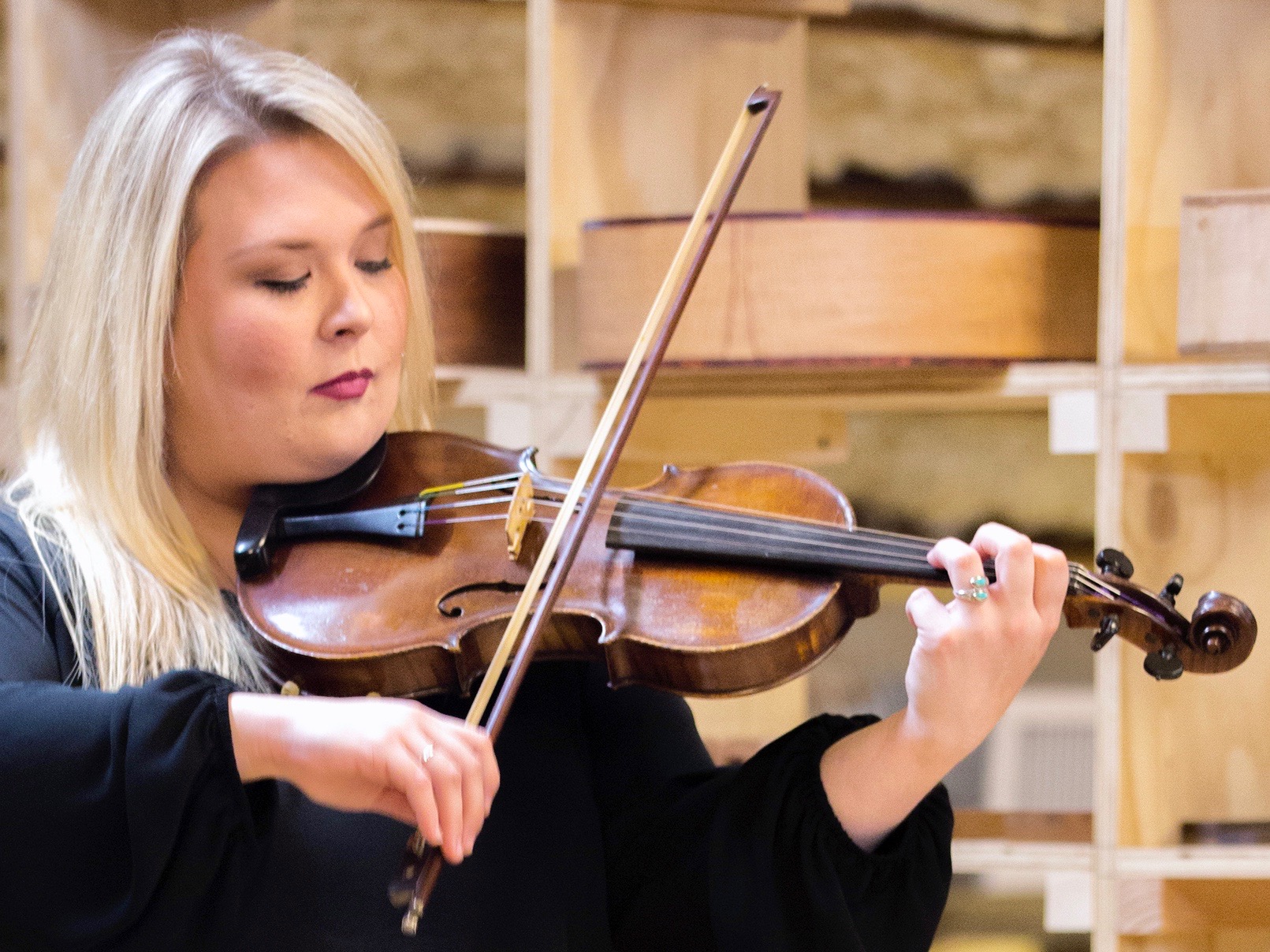 On Thursday, March 29, from noon to 1:00 pm in the auditorium, the series will present a free concert by Wolf and Clover, an acoustic quintet heavily influenced by Celtic and Irish music traditions. The band is composed of Justin Belew (accordion), Jeremy Bass (guitar, though not appearing on this date), Jessica Bennett (fiddle), Matthew McCabe (banjo and bouzouki), and Stephanie Payne (winds). The program will include original music and interpretations of traditional tunes and songs. Gifts from William J. Wilson, Linda Anderson, and Anonymous Friends of the Series have helped to make this performance possible.

Click here for more about the performers and a full schedule for A Little Lunch Music, spring 2018.

McCabe is Assistant Professor of Audio Technology at Columbus State University, holds a Ph.D. in Music Composition, and plays banjo and bouzouki in the band. He says the group’s origins come from a few years ago, when a church in Columbus needed Irish music for St. Patrick’s Day. He, Payne, Bass, and a violinist were hired to play.

Soon after that gig, Payne and Bass left Columbus to pursue graduate degrees in music. After graduate school, Payne returned for a job running the Youth Orchestra of Greater Columbus, and McCabe approached her with the idea of starting a band. Both had grown up listening to Irish music. They recruited Belew, a music producer, to play fiddle for the project as well as guitarist Robert Sharpe.

Sharpe moved to Athens, and Bennett was brought in on fiddle, so Belew switched to guitar until Bass returned to Columbus and joined the band. Now, Belew plays mostly accordion and Bass plays guitar and mandolin. Payne plays flute and whistle. “We all instrument-switch quite a bit,” McCabe said.

Irish music was a big part of both McCabe and Payne’s upbringing, and the music of Wolf and Clover uses much from that tradition. Their recently-released CD, “Wolf & Clover,” includes sets of reels, jigs, and airs, and some Irish songs including one, “A Chailín Álainn,” which McCabe sings in Irish.

But, though the group is billed as an Irish band, McCabe says its members have diverse musical backgrounds. “None of us grew up learning traditional Irish music,” he said, adding that none of them grew up on a farm in Ireland. Rather, influences include bluegrass, folk, blues, rock, classical, electronic, and experimental music. With her father a Civil War re-enactor, Payne even played Civil War music as a child.

Diverging from tradition, the group also performs original works and its own versions of American folk and blues tunes. “I’m a big proponent of being aware of what’s around you,” McCabe said. He says they take music they like and reinterpret it to become their own, showing off the strengths of the group’s members.