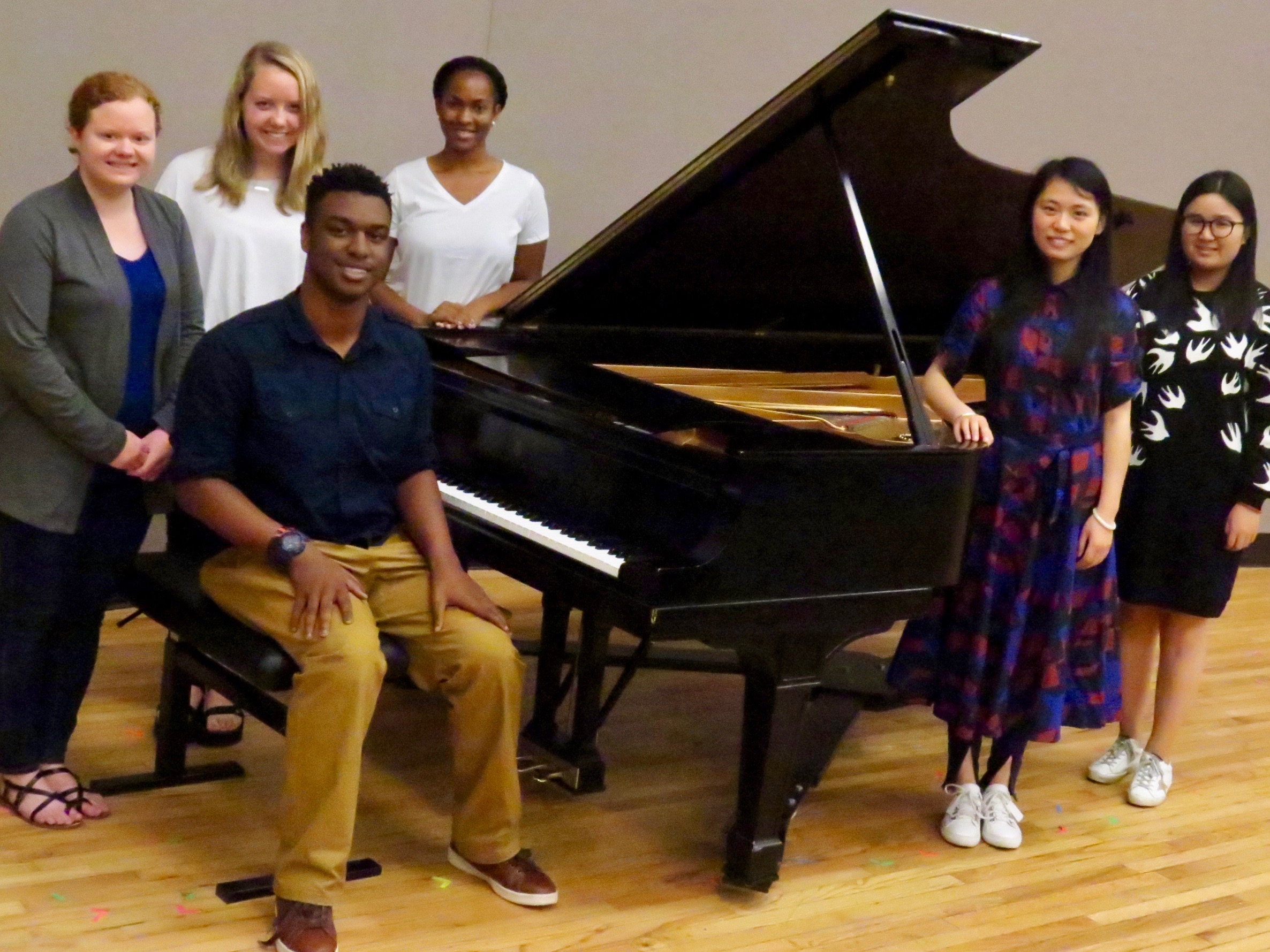 Click here for more about the performers and the full schedule for spring 2018.

Earlier this month, Samolesky’s students presented a concert at Goodwin Hall entirely of Debussy’s works from his first book of préludes. Thursday’s concert will include some of these préludes. This year is the 100th since the composer’s death.

Barnett will play the eighth prélude. He says it has a lot of four- and five-note chords which help him with voicing. Voicing means playing the melody lines so that they can be heard above notes and chords that serve other functions.

“I think of it almost like a jazz piece,” Barnett said, adding that jazz often presents its melodies in a similar way. “I’ve been playing mostly jazz and Gospel since I was little.” A freshman, he is also studying mechanical engineering.

Smith will play the first prélude. She says this piece also presents voicing challenges that include parts where the melody is in the middle of the chord, rather than at the top. “I think it’s pretty,” she said, adding that it is slower and has a calming feeling.

Smith, a sophomore, has been playing piano for nine years. She also plays tuba in the Marching Band, having won auditions on tuba for honor bands and All State Bands in high school.

Youngyu Chen will play Debussy’s eleventh prelude. “This prélude is a playful, elfin dance,” said Chen. A freshman from Changsha in the Hunan province of southern China, she considers music to be integral to her life, having played piano since age five.

Sophomore Jinjin Chen from China’s Fujian Province switched her major to music this year, having only been playing piano since she was a teenager. She will play the twelfth prélude. “It’s very cute and interesting and can make other people very happy,” she said.

Fisher will play Debussy’s fourth and fifth préludes. She says number four is challenging, because of the many character changes, and number five is very quick. Throughout middle and high school, Fisher won awards in state competitions. Now a junior at Auburn, she has taken part in a two-week music festival in Vipiteno, Italy, and will perform a full recital Thursday night at 6:00 p.m. at Goodwin Hall.

Niedzwiecki and Ye will also play Debussy préludes. Niedzwiecki is a singer and horn player studying to be a band director. Ye is a composer and an accomplished harpist. Both pianists are sophomores at Auburn.

Bookending the Debussy works will be a sonata by Haydn, played by Lee, and a rhapsody by Brahms, played by Fisher. Lee is a freshman from Anniston. In high school she was named Outstanding Accompanist of Alabama for three years in a row and was awarded the Glenda M. Potts Music Scholarship.

Lee says she likes the Haydn sonata because it’s clean and articulate. “It’s more of a playful sound,” Lee said. It is a one-movement piece composed in the three-section sonata-allegro form commonly used by composers of western music’s Classical Period, when Haydn lived.

Fisher says Brahms, a Romantic composer, used a modified version of sonata-allegro form when he wrote “Rhapsody in G Minor.” She says the first of its three parts is dramatic and passionate. Afterwards is a quiet, intimate chordal section marked “sotto voce.” “It’s almost like an under-your-breath type of sound,” she said. Gradually, it builds to the final section of song-like melody. 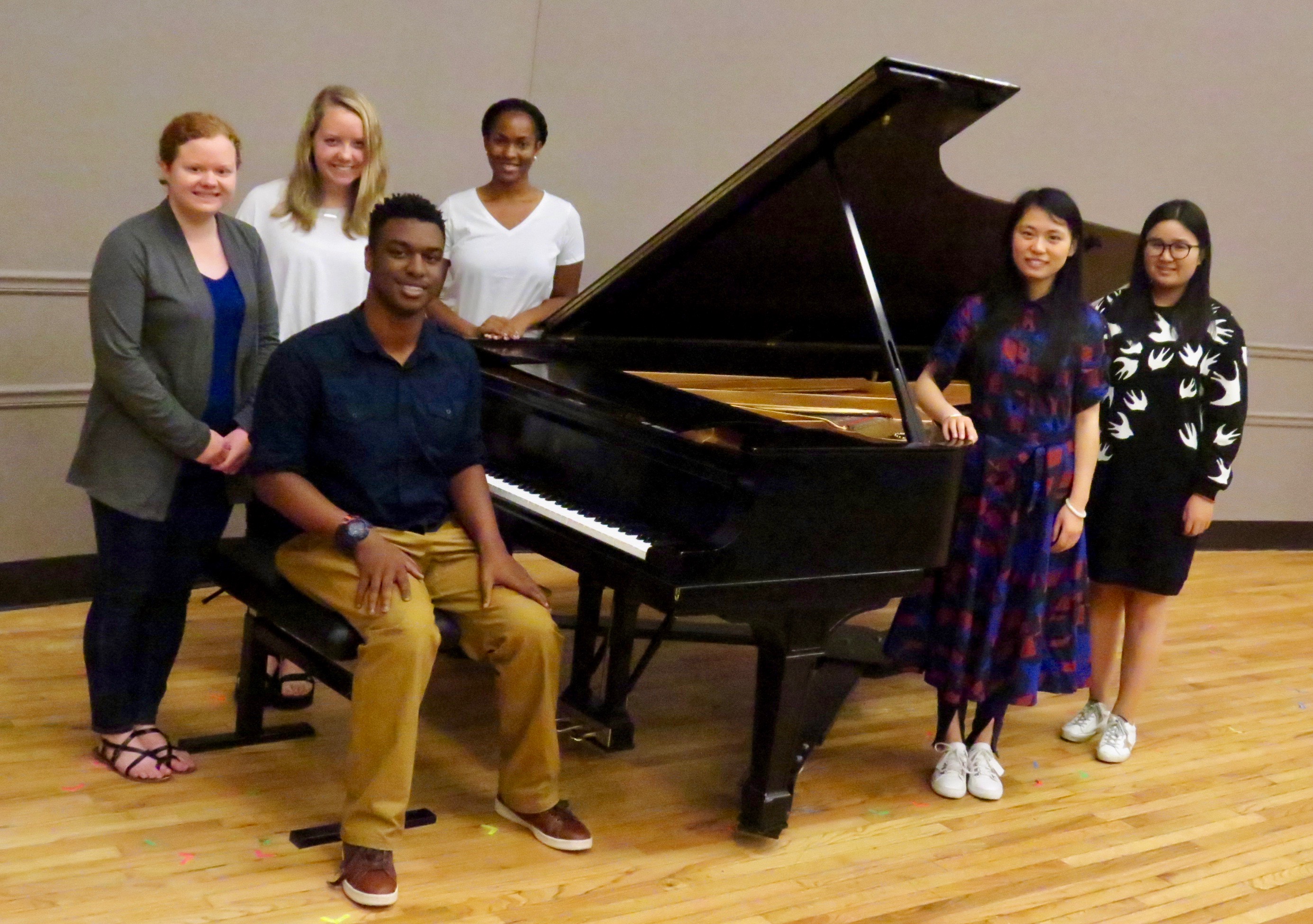