At noon on Thursday, April 7, soprano Noemí de Silva and pianist Maggie Stith will perform a free concert at Jule Collins Smith Museum of Fine Art, Auburn University as a part of the museum’s weekly series, “A Little Lunch Music.”  The performance is being sponsored by Anonymous Friends of the Series. 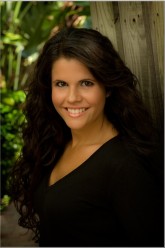 When soprano Noemí de Silva was planning the program for Thursday’s concert, she said the aria, “The Trees on the Mountain,” had been stuck in her head a lot. The piece is from Floyd Carlisle’s opera “Susannah.” De Silva said Carlisle’s piece is beautiful, though tragically sad. The singer’s lover has left her. One stanza from the aria reads, “Come back o summer, come back blue flame / My heart wants warmin’, my baby a name / Come back o lover if jus’ fer a day / Turn bleak December once more into May.”

De Silva said the song reminded her of a lullaby her mother used to sing to her, “A dormir, pájaro al monte,” which translates to “Go to sleep, bird to the mountain.” Growing older, she realized that like a lot of lullabies, the song has very sad lyrics. But de Silva said she remembers taking comfort from the song. “What we know as a child is different from what we know as an adult,” said de Silva.

De Silva will sing “The Trees on the Mountain” Thursday as part of her program’s English-language section. With that song will be a set of art songs by Ernest Charles. “They’re about young love,” she said, continuing the theme of childhood and youth. In a Spanish-language section of her program, the program will include a set of songs by Manuel de Falla. She said they will project themes of childhood and youth. There will be an Italian section of mostly well-known songs that de Silva said she sang as a freshman music major at Florida State University. She said for many young singers, these are one-hit wonders. “You end up butchering them, and then never going back to them,” she said. De Silva said these songs, like Giacomo Puccini’s “O mio babbino caro,” served as a foundation to her training. She said to revisit them as a more mature musician is to discover how beautiful they can be.

Thursday’s concert will be the soprano’s second appearance on the series as a performer, where she uses the name, de Silva. Audience members may remember her as Noemí Oeding from a recent appearance at A Little Lunch Music leading the Montgomery Music Project. She is executive director of the program that offers string education to children in Montgomery.