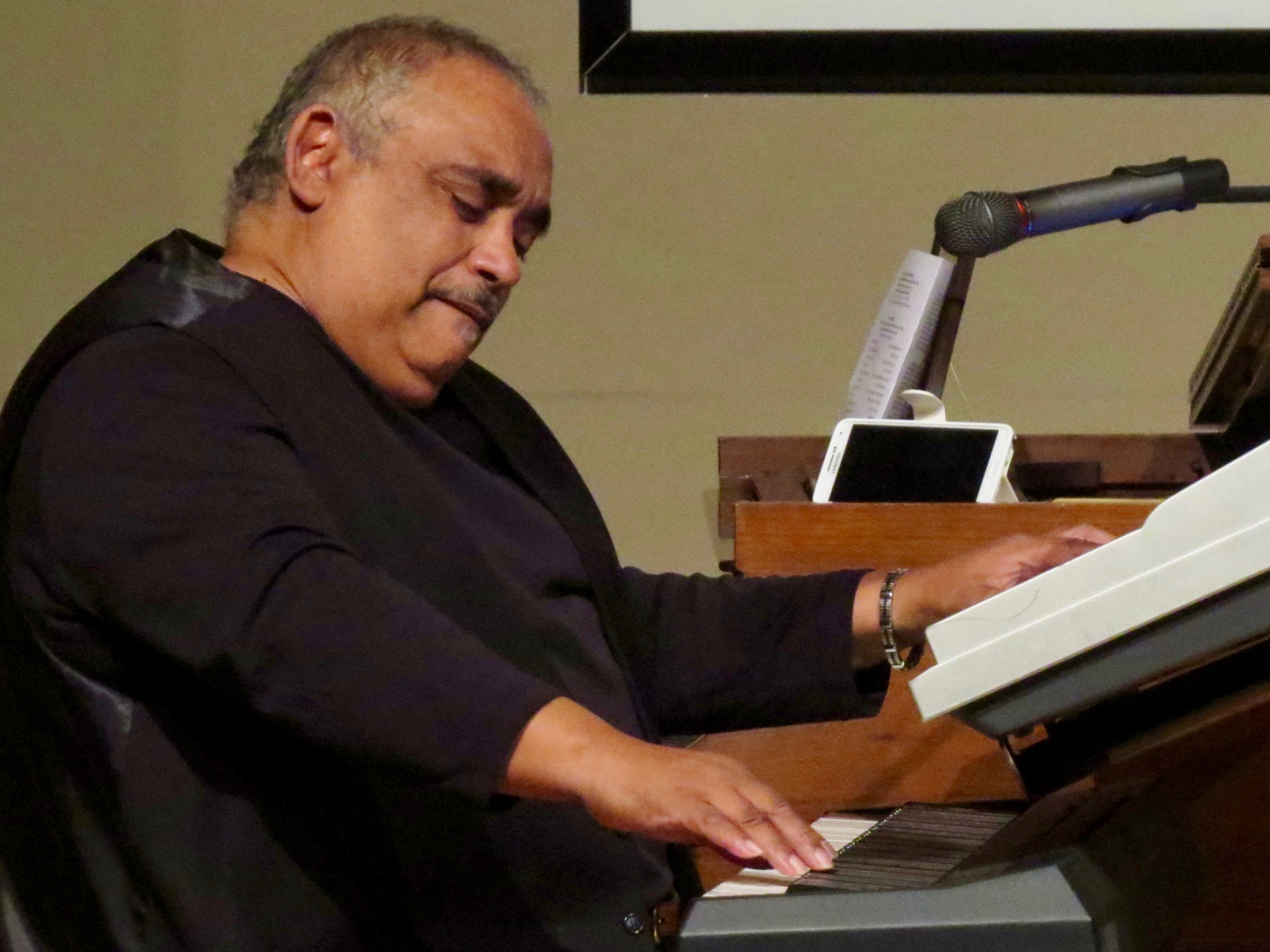 On Thursday, May 10, from noon to 1:00 p.m., the series will present a free concert by the David Banks Gospel Jazz Experience. The group performs Banks’ arrangements of traditional Gospel songs as well as contemporary Gospel-jazz compositions. A gift from Friends of the Series has helped to make this performance possible.

Banks is a classically trained musician with over 45 years of experience in musical styles including jazz, Gospel, R&B, country, and top-40. Inspired by a lifetime of faith and the expressive freedom of jazz, he now brings musicians together for his Gospel jazz projects.

The group performs arrangements, mostly by Banks, of traditional hymns and spirituals. A performer, composer, and promoter, he considers music to be one of the most important things in his life. But he says recent hip problems prevented him from being able to sit at the piano long enough to play even one song. Now, after successful hip surgery, he’s chosen music to fit a theme of “Walk with Me.”

Thursday’s program will include songs such as the traditional “Just a Closer Walk with Thee” and C. Austin Miles’ 1912 hymn “In the Garden” whose lyrics include the line, “And He walks with me / And he talks with me.” Along with a theme, he usually has a musical focus as well. “I’m going to concentrate on vocal improv this time.”

Vocalist Florence Miller will perform Thursday. Banks says at a young age, Miller moved from Tuskegee to New York with her family. She eventually became a professional musician, singing R&B, jazz, top-40, and dance music in New York. “She knows how to communicate with an audience,” Banks said.

Returning with the band to the series will be singers Louville Holstick and David Banks’ wife Barbara Banks along with Sam Williams on saxophone and flute. Columbus guitarist Elwood Madeo will join the band along with violinist Dan campbell and trombonist Martin Sager.

David Banks says singers from different regions have styles that distinguish them from each other. He says when she was growing up in Florida, Barbara Banks used to have a singing group with her sisters. “Her voice has a certain unique character to it,” David Banks said.

“Gospel music is a folk music,” he said. “Each area has its own flavor to it.” He says the music’s provincial nature comes from the way each region’s slaves used spirituals in 18th- and 19th-century America. During those times, not only styles were different, but also lyrics and music used to give specific instructions to escapees.