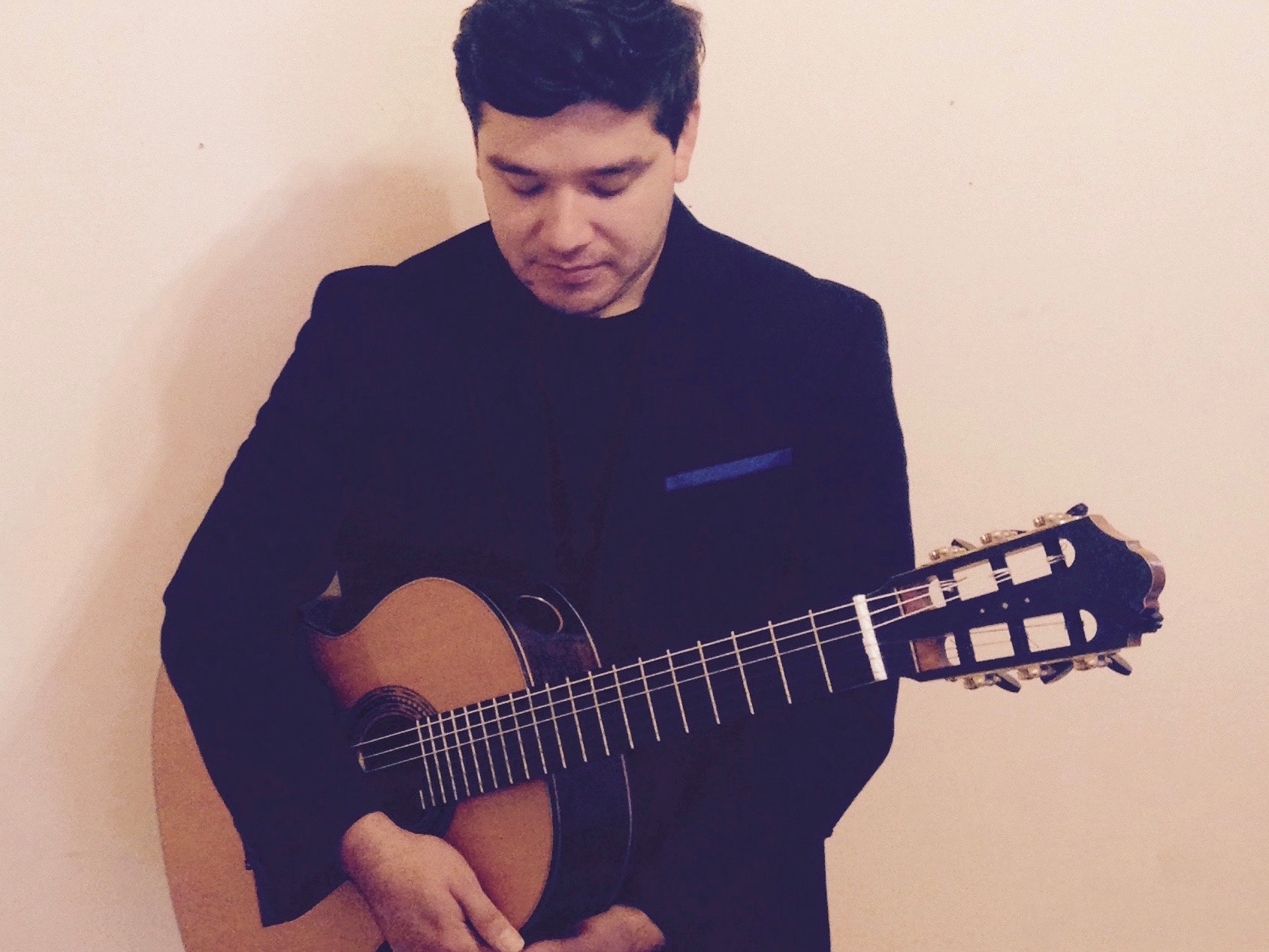 At noon on Thursday, May 5, guitarist Noe Garcia Jacinto will perform a free concert at Jule Collins Smith Museum of Fine Art, Auburn University as a part of the museum’s weekly series, “A Little Lunch Music.” The performance is being sponsored by Anonymous Friends of the Series.

Originally from Mexico, Jacinto moved to the United States with his family when he was eight. And though he heard all kinds of music in the border-town community of Brownsville, Texas, he didn’t pick up a guitar until he was fourteen. That was when he bought an electric guitar to be in a rock band with his friend. But his friend moved away, and Jacinto never even played the instrument. Soon after that, however, Jacinto said he joined a guitar class as a freshman in high school. There, he began learning the basics of playing the instrument. It was an acoustic guitar, and in the classical style. By the second year, he was hooked. “I really started enjoying it,” he said. 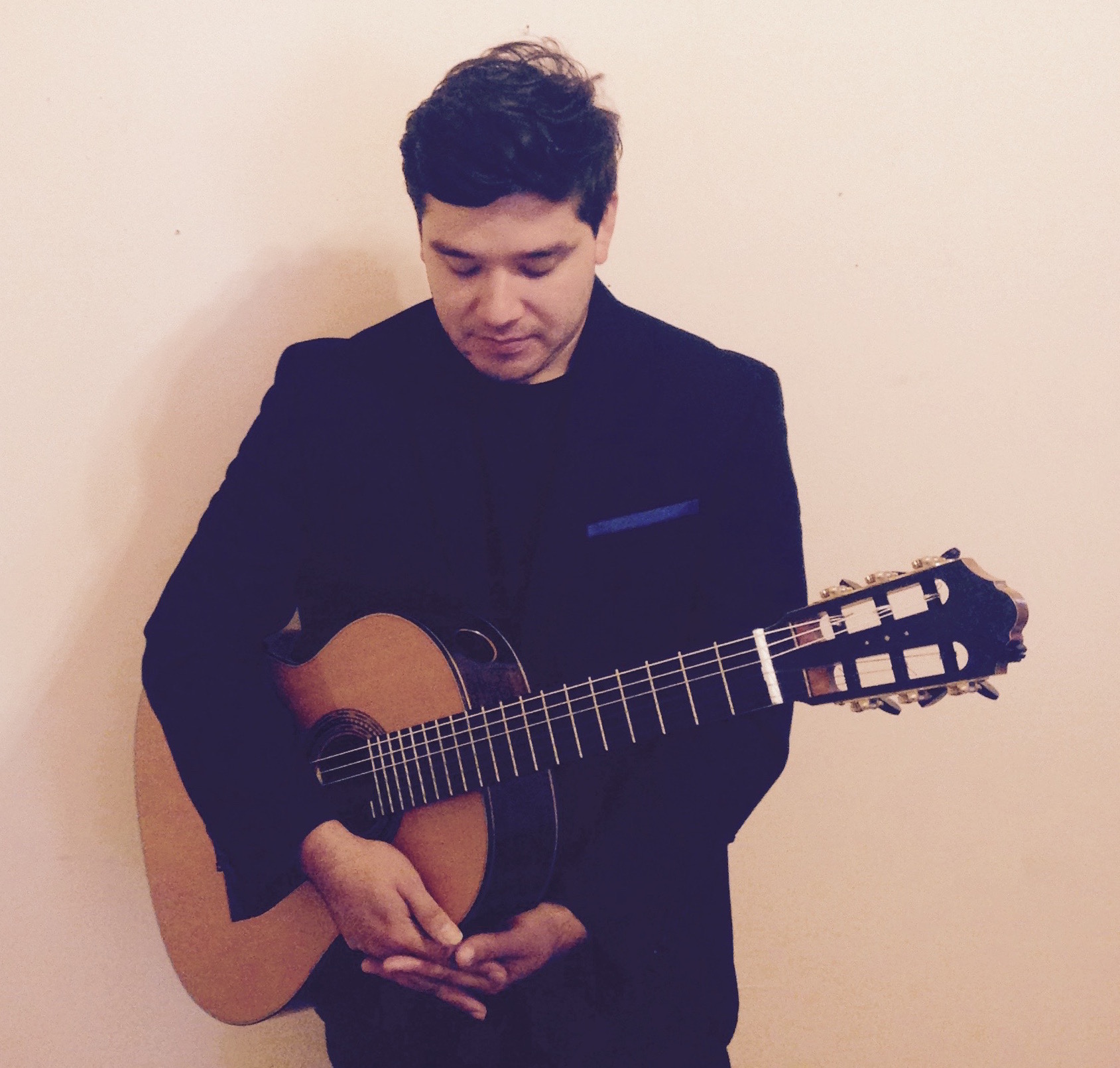 Classical guitar music is known for having different melodic and rhythmic ideas happening together. “I thought of it more as a challenge,” Jacinto said, wanting to be able to play so many voices at the same time. He began to listen to recordings by master guitarists John Williams, Andre Segovia, and Julian Bream. Jacinto finally did get to be in a rock band. After learning classical guitar, and while attending the University of Texas at Brownsville, Jacinto said he started to discover the music of his community more intimately. He joined a band and played gigs at weddings and events, performing styles like Tejano, Banda, Spanish and American pop, and more.

“Sonatina Meridional” by Mexican composer Manuel Ponce (1882-1948) will be on Thursday’s program. Ponce studied in Paris. Though his music reflects influences from Spanish harmonies and rhythms, some will hear a strong connection to the French tradition, said Jacinto. The Brazilian composer Dilermando Reyes lived during the 20th century. Many during this period were beginning to depart from conventional harmonies and tonality, but Jacinto said Reyes’ piece, “Dois Destinos,” is not modern at all in that sense. “The piece is a bit more folkloric. It’s very lyrical,” he said. Cuban composer Leo Brouwer, on the other hand, makes good use of the adventurous harmonic structures associated with a lot of 20th-century music, said Jacinto. Brouwer’s three-movement “Sonata,” composed in 1990, is in part a tribute to the Russian composer Alexander Scriabin.

Jacinto said Brouwer uses a good mix of tradition and invention in his piece. He said listeners will hear Cuban rhythms in the movement, “Fandangos y Boleros.” Elsewhere the sounds of Spanish flamenco music can be heard. “He still uses those rhythms, but is more avant garde,” said Jacinto. Though there are atonal elements, he added that Brouwer combines them with beautiful lyricism that gives the piece cohesion. Also on the program will be Spanish composer Dionisio Aguado’s “Introduction and Rondo in A minor, Op.2, No.2,” Italian 19th-century composer Luigi Leignani’s “36 Caprices,” and Renaissance composer John Dowland’s “A Fancy.”