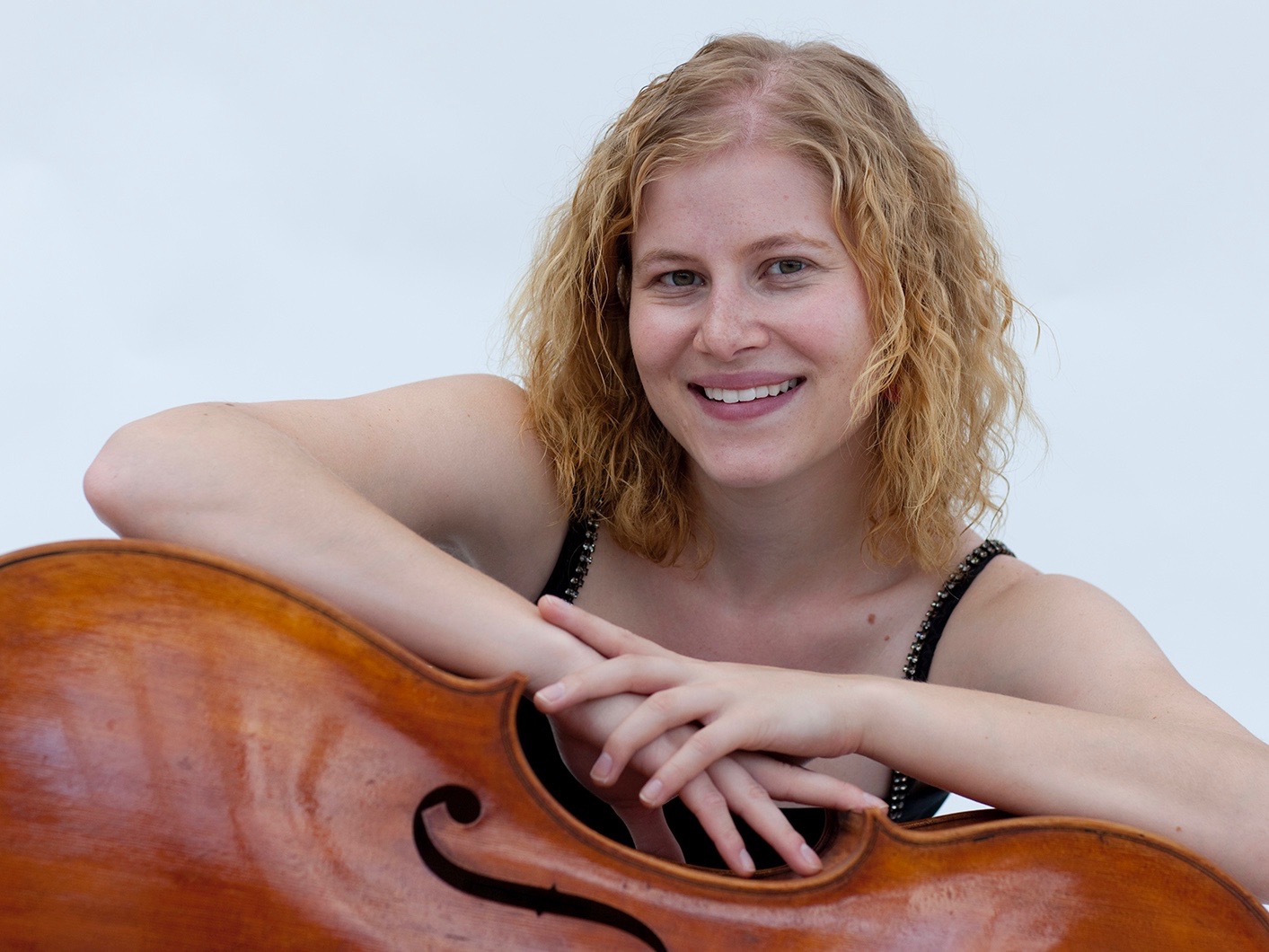 On Thursday, September 28 from noon to 1:00 pm, the series will present a free concert by cellist Laura Usiskin with pianist Ting Li. The program will feature music by Dmitri Shostakovich, Igor Stravinsky, and Johann Sebastian Bach. Thanks to gifts from anonymous friends of the series for helping to make this performance possible.

Click here for the event page with the full calendar for the fall 2017 series.

A Columbia-, Juilliard-, and Yale-educated Chicago native and former Montgomery Symphony Fellow, Usiskin is now based in Birmingham. She teaches at area colleges, is involved in chamber-music projects, and travels to serve as principal cellist with Orchestra Iowa in Cedar Rapids.

In October, she will perform Dmitri Shostokovich’s Cello Concerto No. 1 with Orchestra Iowa. Thursday at the museum, she will preview a cello-piano arrangement of it with Li, along with music by Igor Stravinsky.

During Shostokovich’s time, the Soviet Union was a dangerous place for artists and composers. The communist party leaders wanted art and music to be positive and uplifting with nothing that challenged the idea off a strong, stable nation. The composer’s Fifth Symphony, for instance, was celebrated by the party, said Usiskin.

Though Usiskin said the Cello Concerto No. 1 on Thursday’s program is likable, accessible, and cool to listen to, it is not altogether uplifting. She said a former teacher called it The Beast because of its ferocious moments and its massive, monumental feeling. The piece has parts she described as icy, freezing, and “too cold unto death.”

There were three times in Shostokovich’s life when he thought his government would imprison him, or worse. Usiskin said the time right after he composed this concerto was one of those times. And although he did, in fact, see friends and colleagues taken away, nothing happened to him. “He managed to stay in their good graces, but barely,” she said, adding, “There was that tension throughout his compositional life.”

The concerto has four movements, but is played as a continuous piece. The third movement is a seven-minute cadenza, a section performed freely without any other players. “The orchestra fades away, and then it’s just gone,” said Usiskin. She said the movement’s overall theme is quiet and low, but it has a big climax. “The great thing is there’s this wonderful freedom,” she added, “but you have to do everything.”

But Usiskin said the cello is well-suited to solos. She said it has the ability to be played very loudly and very softly, very low and very high. “It can imitate a lot of the orchestra, in a way, while also creating the lonely sense of one person playing,” she added.

Bach composed his six suites for cello in the early 1700s. Usiskin said those were the first major solo pieces for cello. After that, she said it didn’t really catch on until the 20th and 21st century. She said Shostokovich, who wrote this concerto in 1959, wrote well for the instrument’s range of emotion.

Usiskin said the composer had a close relationship with Mstislav Rostropovich, a Soviet virtuoso known for being one of the greatest cellists of the 20th century.

Usiskin has performed throughout North America and Europe in such venues as Alice Tully Hall, Weill Hall, Palazzo Chigi Saracini, Barge Music, and others. She has held orchestral positions with the New Haven Symphony and Jacksonville Symphony, in addition to those with Montgomery and Iowa. Her website is www.laurausiskin.com.

Li earned her Bachelor’s degree, double-majoring in piano performance and vocal performance at Sichuan Conservatory of Music in China. In 2009, she was awarded full scholarship to attend New Mexico State University’s Master’s degree program. She became the first Asian pianist to win the Music Teachers National Association southwest-region piano competition. In 2012, she was admitted to the Collaborative Piano program of the Cleveland Institute of Music.