By Communications and MarketingSeptember 14, 2015 Music, News 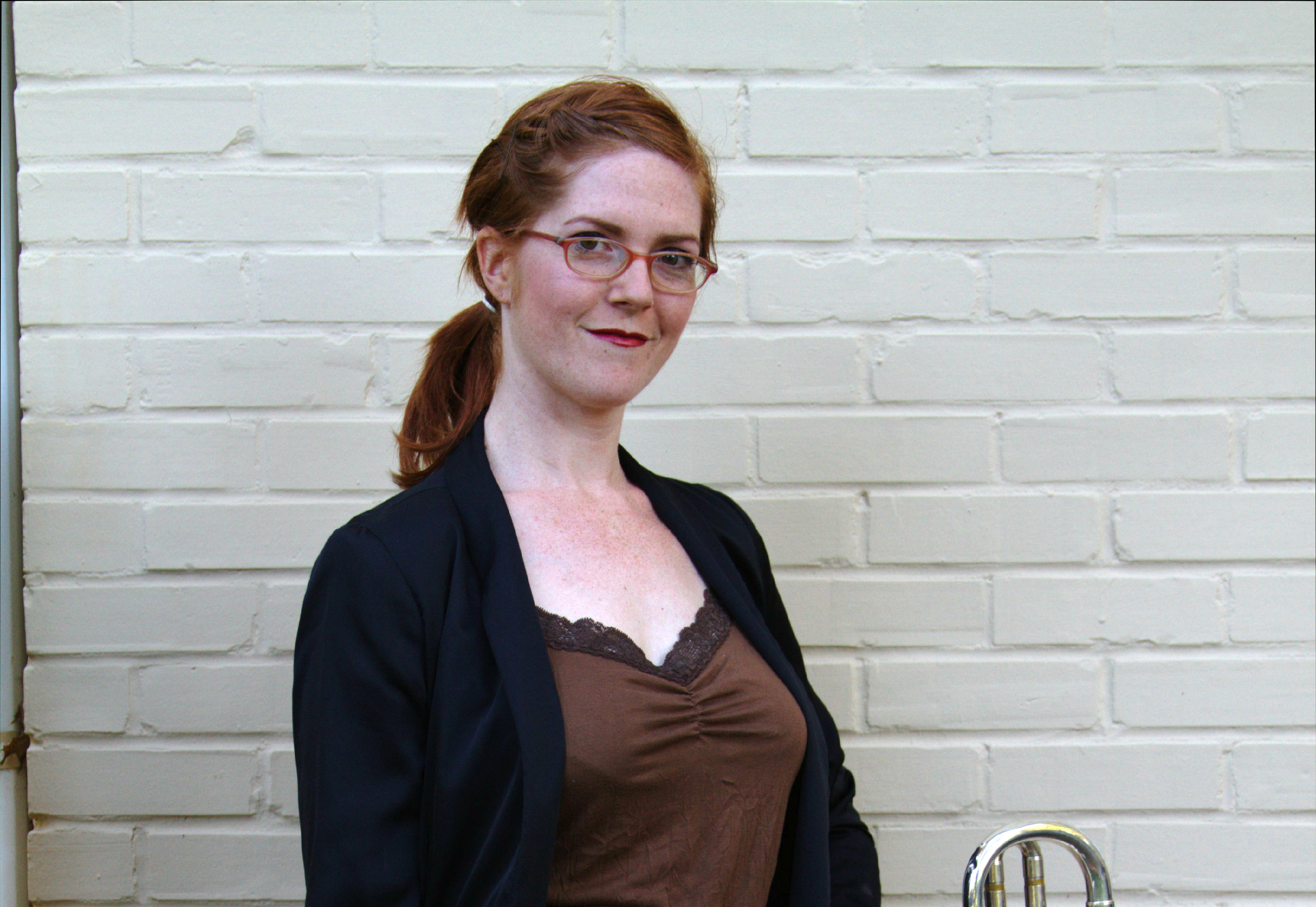 On September 17, euphonium artist Marie Robertson will perform a free concert for A Little Lunch Music from noon to 1:00 PM in the Grand Gallery. Robertson is part of Huntingdon College’s music faculty. Performing with her will be Auburn faculty trombonist Matthew Wood. The program will feature music by O. Blume, Lennie Niehaus, David R. Gillingham, and Peter Meechan. Also a singer/songwriter, Robertson will share some of her own music during the performance. The concert is being sponsored by OLLI at Auburn. The café menu is available online.

Patrick McCurry coordinates the series for the museum. He said this is Robertson’s second time performing for the series. The first featured her with a pianist, but this one will highlight music for unaccompanied euphonium and some duets with trombonist Matt Wood. Wood teaches low brass for Auburn University.
Robertson, an instructor of low brass for Huntingdon University, said she has been working on unaccompanied pieces with a purpose in mind. She hopes to be able to easily take her euphonium into the public schools to introduce young people to the instrument.
Robertson attended Auburn City Schools and graduated from Auburn High before attending Auburn University and then the University of Colorado at Boulder. She said that she also wants to expose young people to new and accessible classical music.
“Marie is a strong performer on her instrument,” said McCurry, adding that the diversity of styles on her programs make her concerts very interesting to hear. “She has great technique and plays beautiful melodies with a clear sense of lyricism,” he said.
On the museum program will be Peter Meechan’s piece, “…a night devoid of stars” which was inspired by Martin Luther King, Jr.’s writings. To Robertson, Meechan’s piece communicates feelings of uncertainty about human-rights struggles.
“It’s kind of a dark piece,” she said. “I almost wish that the piece ended a little more hopeful, but it doesn’t,” she added.
Robertson said that “Blue Lake Fantasies” by David R. Gillingham will help to balance the emotion of the program. She said the piece was inspired by the Leonard Falcone Euphonium & Tuba Festival at the Blue Lake Fine Arts Camp in Michigan’s Manistee National Forest.
Movements in “Blue Lake Fantasies” such as “Firefly,” “Moonlight across the Water,” and “Native Bear” evoke images of nature, said Robertson. Others titled “All that Jazz” and “Party Antics” remind her of the people she met during her time at the festival.
“It’s easy-listening,” said Robertson about the Gillingham piece.
As when she performed in 2014, Robertson will again share her singer/songwriter talents. She will sing and play the piano.
Robertson said all of her songs include something about herself such as an event, an emotion, or a belief. “My songs are an expression of my experiences and how they have affected me emotionally,” she said.
Robertson said she enjoys taking her concert music, her songs, and various other musical projects into many different types of venues. For instance, she said she has taken her concert euphonium music into the bar setting. “I like being able to bring all kinds of music to all kinds of people,” she said. 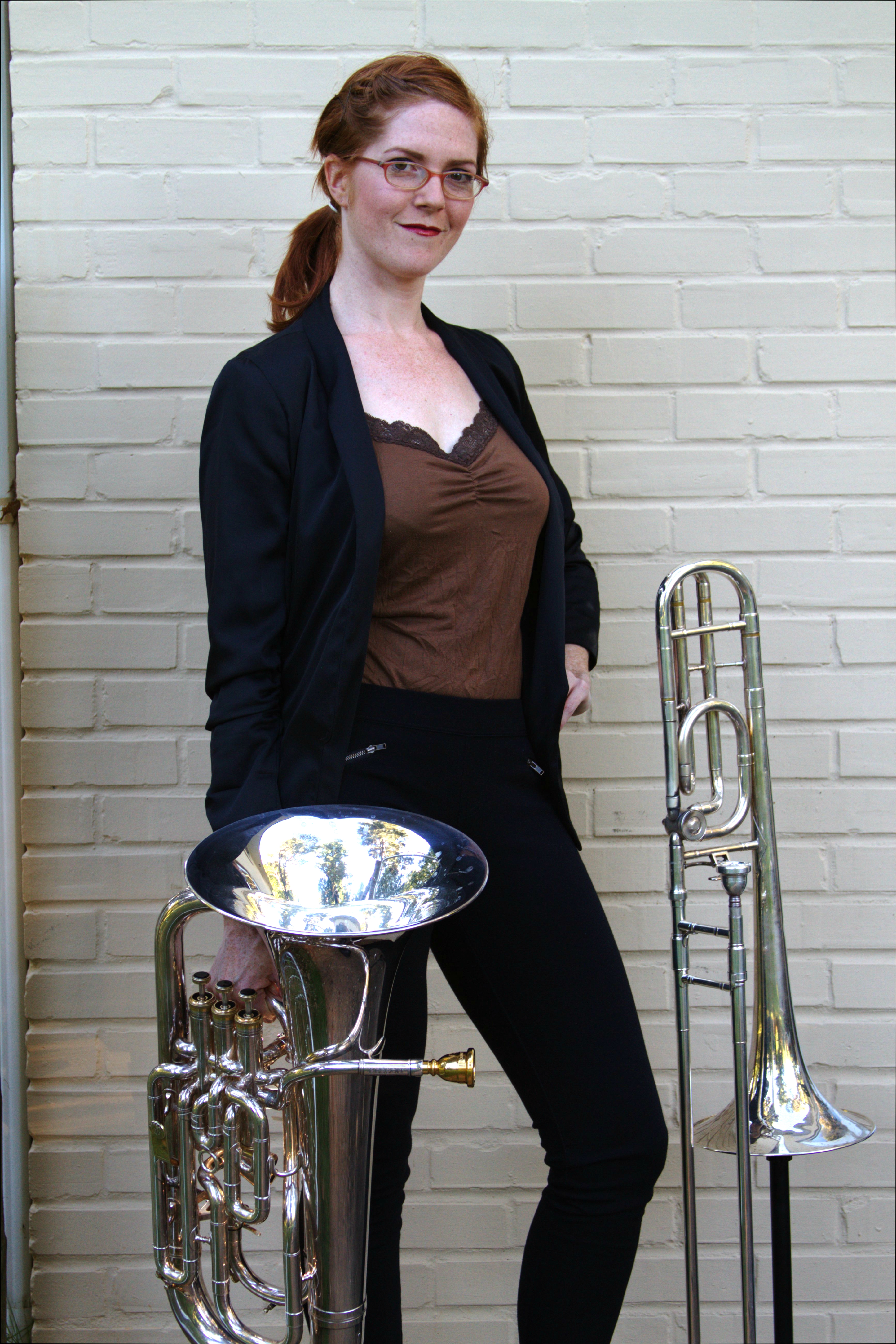 Marie Robertson teaches trombone, euphonium, and tuba at Huntingdon College in Montgomery, Alabama and applied brass at Spicer’s Music in Auburn. She specializes in solo recital performance and has participated in solo competitions including the Falcone Tuba and Euphonium Solo Competition and solo and ensemble competitions hosted by the Music Teachers National Association.

Before coming to Huntingdon College, Robertson played principle euphonium in the University of Colorado’s Wind Symphony under the direction of Allan McMurray. She currently performs with the Capitol Sounds Concert Band in Montgomery and the East Alabama Community Band in Auburn. She received her Master of Music degree in Euphonium Performance from the University of Colorado at Boulder in 2011 and her Bachelor of Arts degree in Music from Auburn University in 2009.

Robertson has also committed herself to a career as a singer/songwriter and keyboard player, both collaborating and as a solo artist. She began studying piano as her first instrument when she was eight years old and wrote her first song for piano and voice in her early twenties. Since then, she has created, performed, and recorded with groups in Boulder, Denver, Atlanta, and Auburn. She has helped release full-length albums, EP’s, and individual tracks as a singer/songwriter, keyboardist, trombonist and euphonium player. 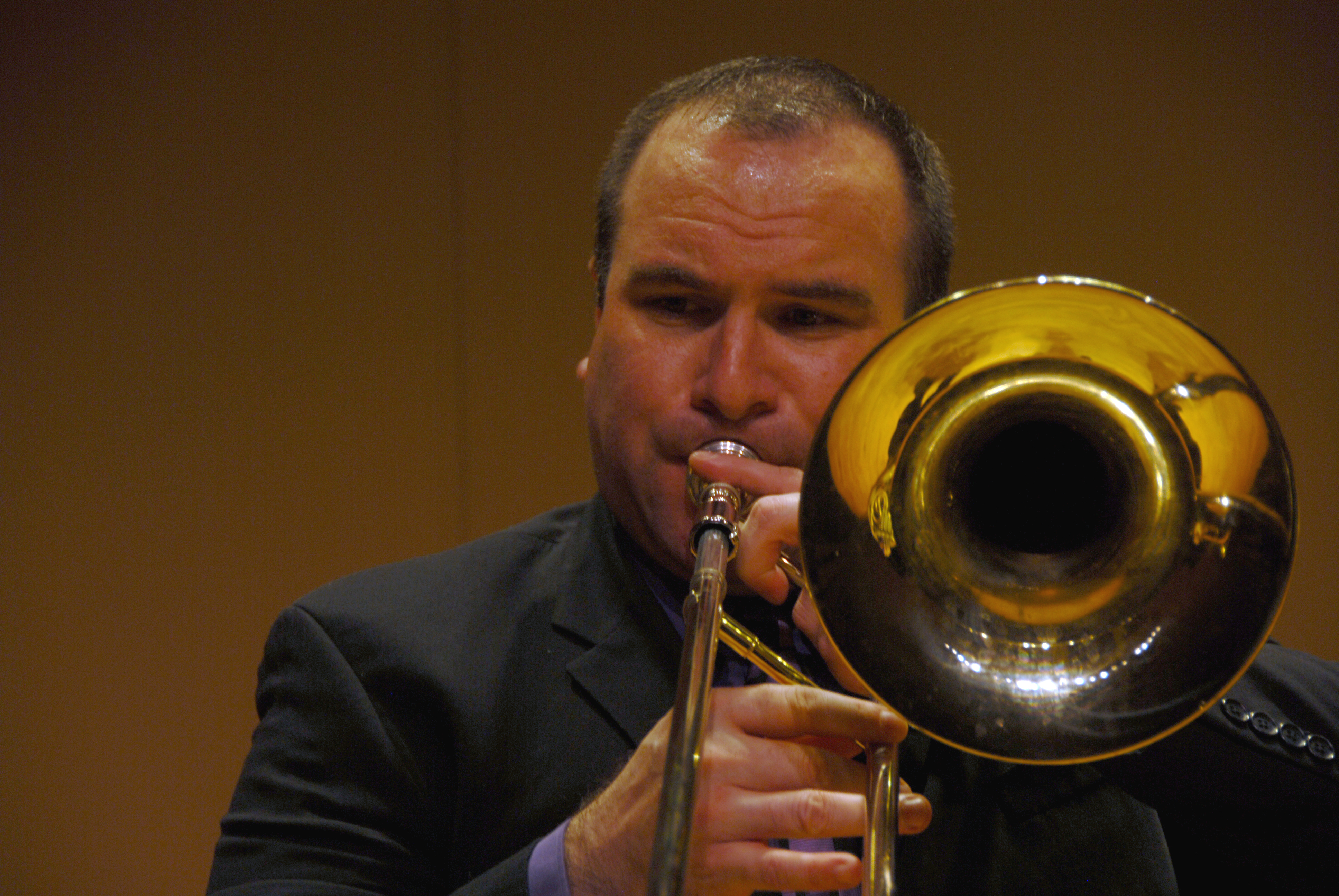 Matthew Wood is Associate Professor of Low Brass at Auburn University. His duties include maintaining the trombone, euphonium, and tuba studios as well as conducting the trombone choir and tuba/euphonium ensemble.

Before moving to Auburn, Dr. Wood was an active performer, educator, and clinician in both the Austin and San Antonio areas. He performed with San Antonio-based BrassFX and the Austin City Brass as well as with the Austinbones trombone quartet. He also performed and recorded with several pop, rock, and latin groups including Drew Smith and His Band. During his time in Austin, Dr. Wood taught in the Austin, Round Rock, and Pflugerville Independent School Districts and served on the faculty of the Austin Chamber Music Center and the Texas Brass Camp.

Dr. Wood was a member of the University of Texas-Austin Trombone Choir that won the 2002 and 2007 Emory Remington Trombone Choir Competition sponsored by the International Trombone Association. He has also been a finalist in the ITA Lewis Van Haney Mock Orchestral Audition Competition.

His principal teachers are Nathaniel Brickens, Professor of Trombone at the University of Texas-Austin and Timothy Myers, Principal Trombone, St. Louis Symphony.