By Communications and MarketingMarch 30, 2020 News 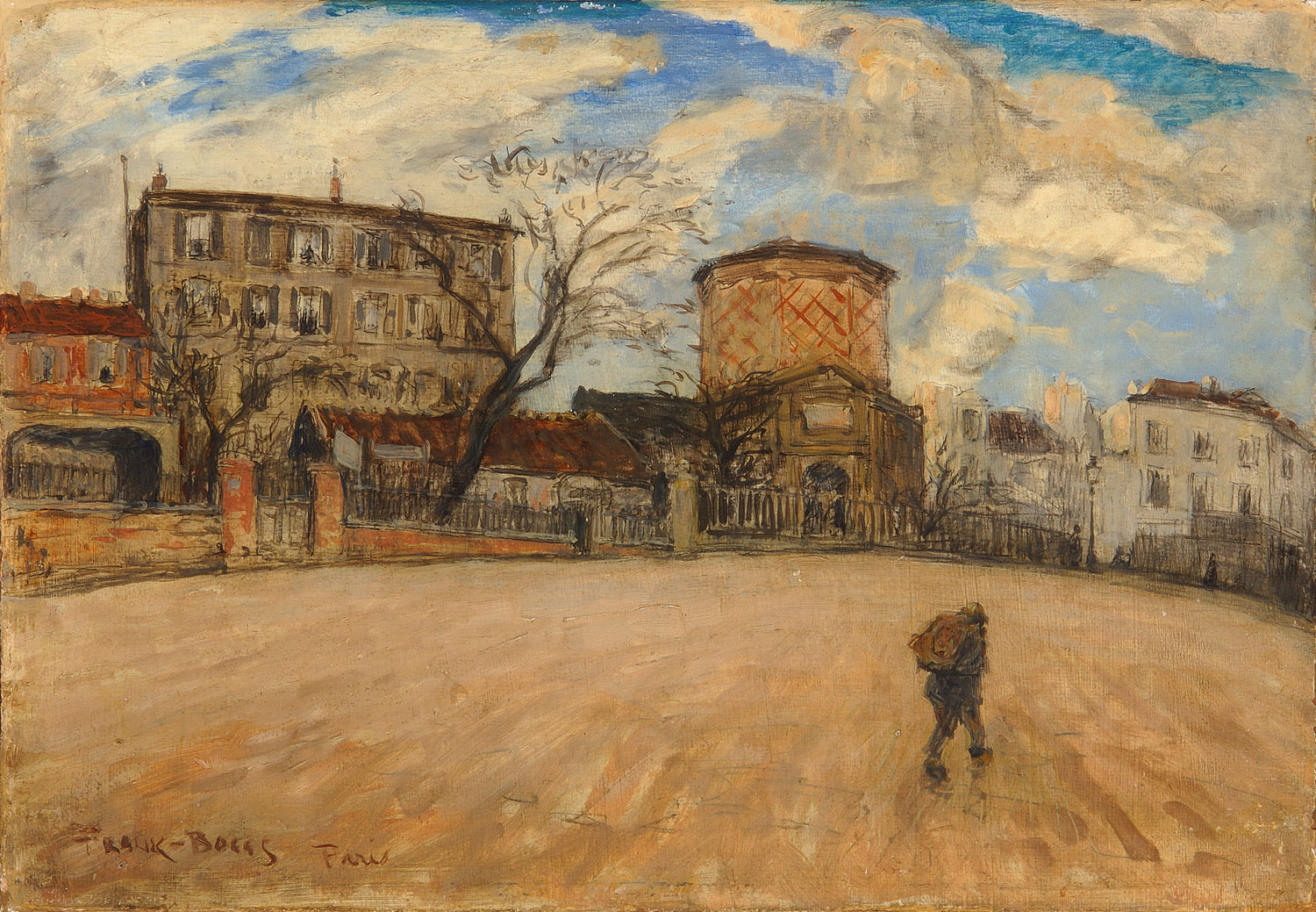 After forging a successful career painting marine landscapes and exhibiting them as well as cityscapes in the Paris Salon, Frank Myers Boggs became a French citizen in 1923. Settling in Montmartre, a bohemian neighborhood in the north of Paris, he renders a lone figure walking up the winding Rue Lepic in this painting. The pronounced diagonal brushstrokes behind the walking figure and the directional lines on the street and clouds give his movements a sense of speed.

Boggs was connected with the neighborhood art world, including art dealer Theo Van Gogh, who lived in an apartment on this street with his brother for some time. Two of Boggs’s paintings are depicted on the wall in the background of Vincent’s portrait of Scottish art dealer Alexander Reid, reproduced here. Boggs inscribed one of these paintings to “my friend Vincent.” 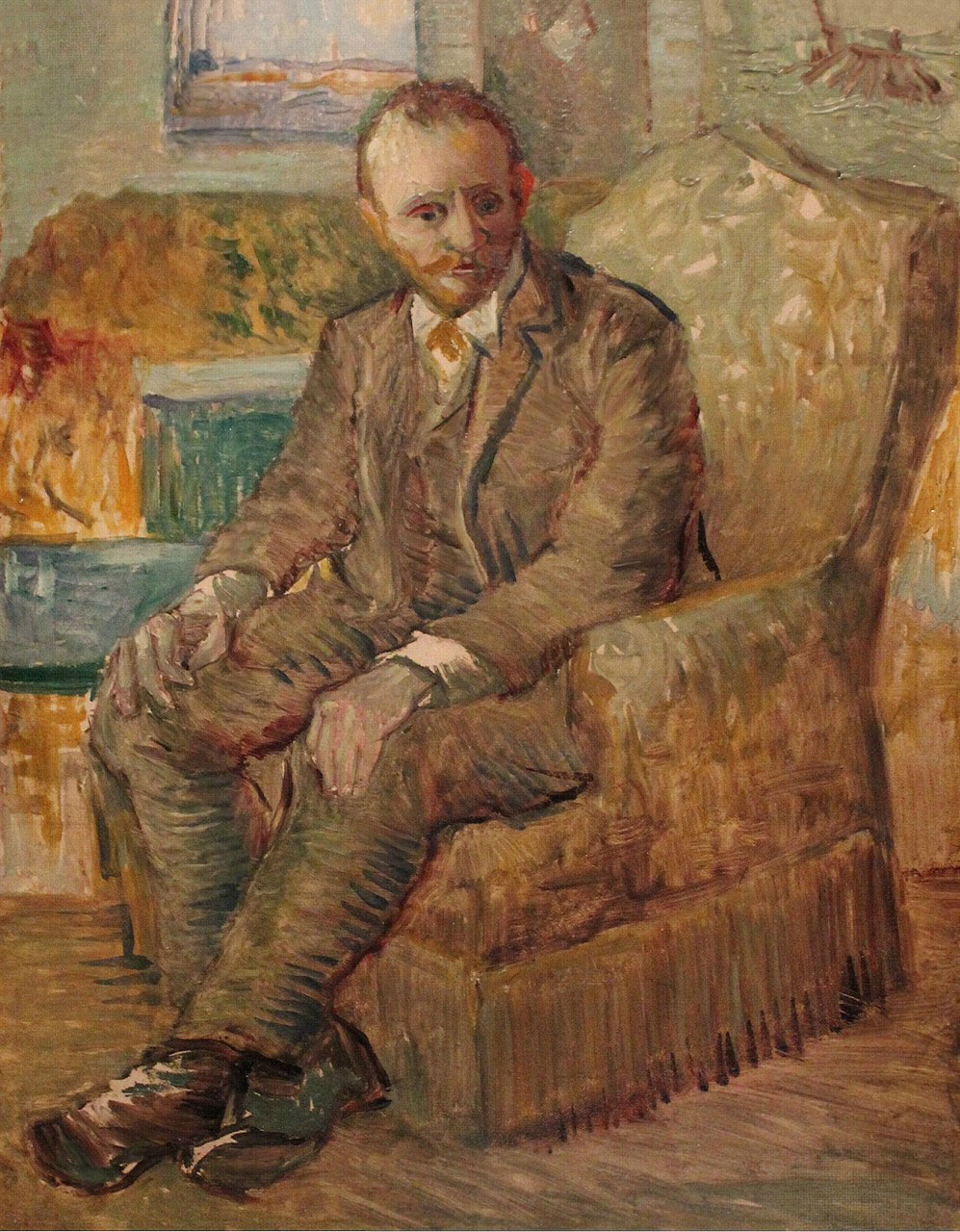