Create Your Own Art – Inspired Ornament

By Communications and Marketing | Art Experiences, Supporting Auburn | No Comments 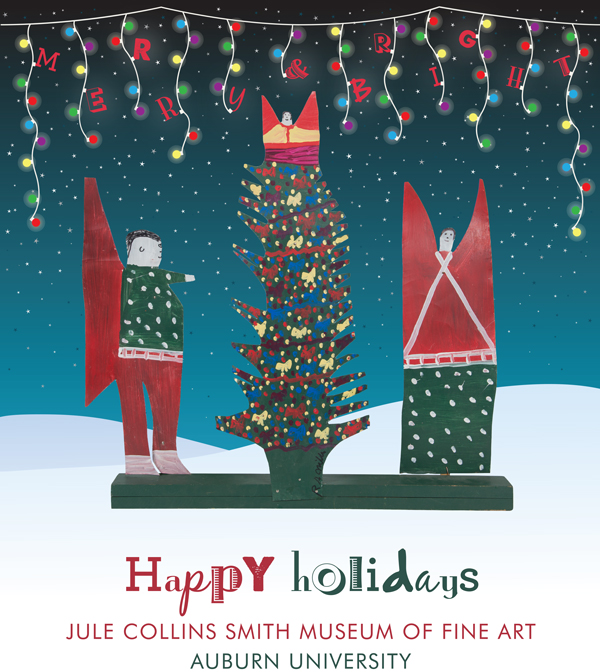 Click below, and fold and crease. Decorate your mantle with this piece. OR! Thread with a string, fasten tight, hang it on your tree to make spirits bright!

Give The Gift Of Auburn’s Art Museum

By Communications and Marketing | Building Community, Supporting Auburn | No Comments

If the phrase “only X number of shopping days left” sends you into a frenzy greater than a winter snow storm, take comfort in the fact that an afternoon at Auburn’s art museum can include a stress-free shopping experience, too.

On December 19-22, the Museum Shop is having a 20% off sale with convenient parking, helpful staff, and complimentary gift wrap.

December 18 may be free shipping days for the big box online retaliers, but pledging to “shop local” builds community.

Here are five gifts for the art lover in your life:

Do you plan on traveling to the in-laws or staying with friends? One nice way to thank them for their holiday hospitality is with gift of gratitude. Consider a soap with decorative dish or bud vase. Just as pretty as it is functional.

Perfect for curling up on the chilliest (or mildest Alabama) winter’s night. There are exhibition catalogues, art history books, and biographies that bring a little bit of the museum into the book lover’s home.

Pair a cheese or preserves with a serving set, and the person who enjoys entertaining as much as tasting will be more than satisfied. Presentation is just as important as flavor.

For special firsts or to add to a family collection, ornaments that sparkle and shine are a way to spread cheer year to year. Memory makers treasure not only the gift, but the giver.

Get them to unplug and unleash their creativity with a beautifully illustrated pop up book or art kit. They can take what they learn in Art Club and the galleries and enjoy at home.

These five ideas are just a few on the list! Art Changes Lives, and Happy Holidays!

By Communications and Marketing | Building Community, Supporting Auburn | No Comments 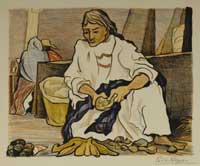 “For this exhibition, I selected images of people working, whether in commercial enterprises or they could be working privately spinning fibers,” said Harper. The work of Pablo O’Higgins, a student of muralist and activist Diego Rivera, is featured alongside his teacher. “For the early part of the 20th century, Mexico City was a major art center for prints, murals and easel paintings. O’Higgins became involved with the Taller de Gráfica Popular, or “TGP.” Part of the idea of this workshop was to bring art to the common people as well as provide training, studio space, and equipment for artists working in that socially minded vein,” said Harper. “The prints were produced at a low cost, the subject matter dealt with the common man and the working class, and were priced to be affordable.” 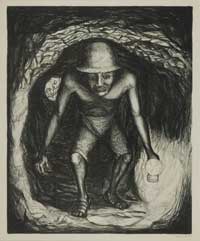 Harper scheduled the exhibition to build upon Auburn Connects! The Common Book Program. He said the exhibition’s theme of labor was used broadly to complement this year’s book, Nobodies: Modern American Slave Labor and the Dark Side of the New Global Economy, and that while there weren’t images of worker exploitation or human trafficking as described in the book, there were historical and economic connections. “The Mexican Revolution concerned labor practices and the haves and have not’s. Students in history or economics could benefit from experiencing these works of art.”
The political, economical, and historical threads throughout these works were among the factors that caught the attention of Robert B. Ekelund, Jr., PhD when he began collecting. “Mexican artists were somewhat influenced, as were Americans, by European trends in art, but there was and is a unique twist,” he said, describing what he called the surreal history of Mexico from ancient cultures to Spanish and European influences. “The enormous disparity in Mexican income distribution and the grinding poverty that so many endure is translated through these many artistic influences into an art of poignancy and, sometimes, political narrative.”
Ekelund suggested that beginning collectors should read, study, look, and study some more about an area of collection or particular artists. “Your eye, your patience, and your intellect are the only tools you need to get started as a collector,” he said, adding that listening to your heart is also important. “Love it, or don’t buy it.” 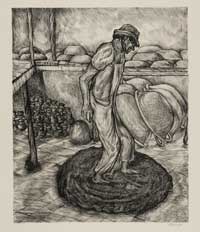 Mark Thornton said that this show was a chance to look into the thoughts of two ordinary art collectors, see what choices they made, and to make your own. “We may not like all art any more than we like all kinds of music,” he said “Art knows no class or income level and has the potential to inform and change anyone’s life. Auburn’s community is expanding, and we believe that the top attraction is our accredited and honored university art museum.”
Harper said that through community and alumni supported and general acquisition funds, Auburn’s art museum would continue to build collections as well as fill in the gaps. “We’re also strong in 19th-century American art, Asian art, and Southern artists. We’re still looking for more examples of the Hudson River School, American Impressionism, and 21st-century contemporary art.” Harper said that one way to support those efforts was to join the 1072 Society Class of 2014, where donors contribute $1,072 and pool resources to make museum purchases.
Charitable, tax-deductible gifts in support of the Jule Collins Smith Museum of Fine Art or other programs at Auburn are made through the Auburn University Foundation, which receives such gifts on the university’s behalf.