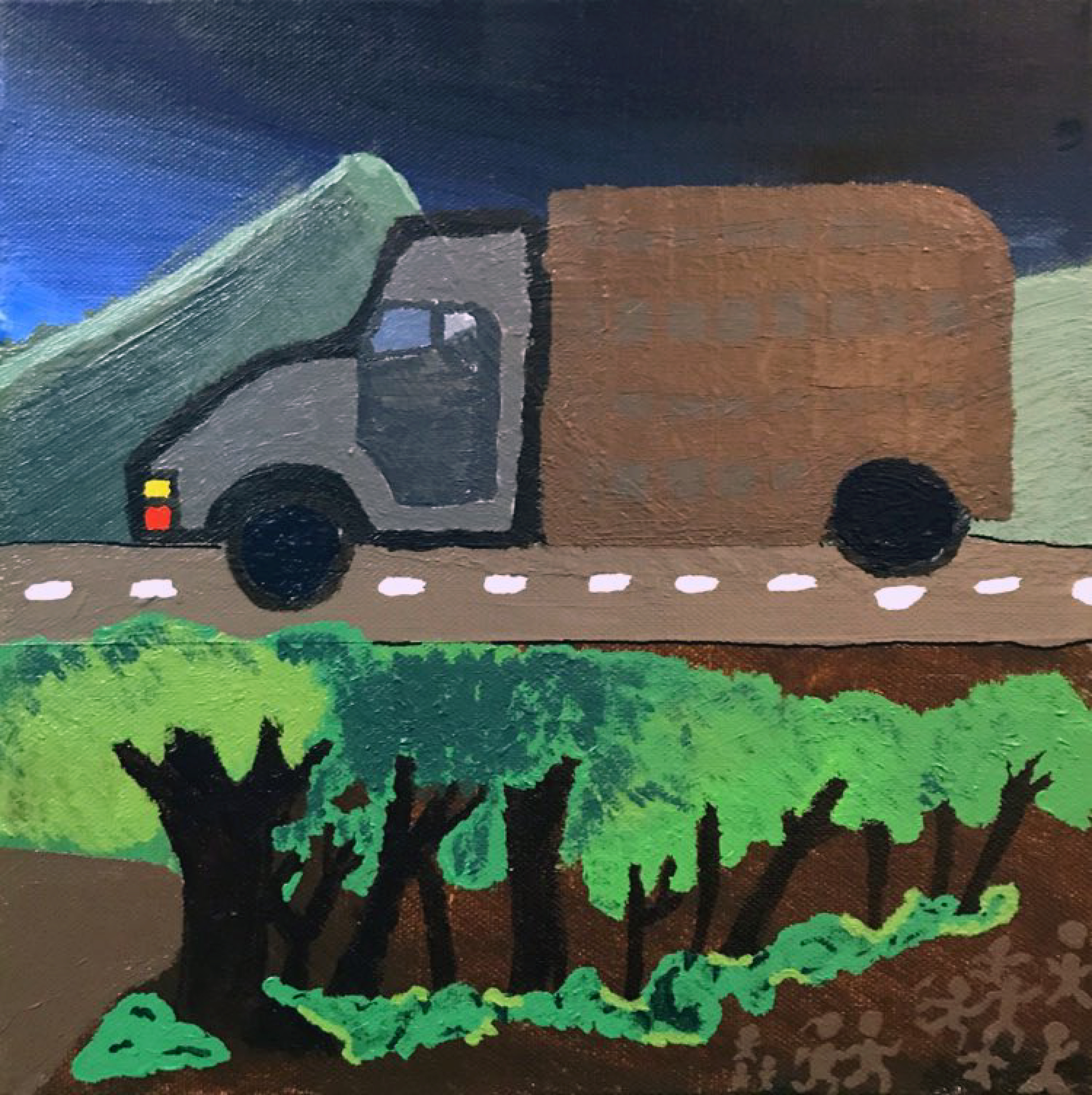 This part of my story is called “Desesperación” which means desperation in English. The reason why I want to talk about this part is because many people have never imagined how many difficult things the people that travel to come here pass through. It’s been two years since I came here and this is my second opportunity of share my story so I’m very excited.

At the beginning of February in 2016 my mom decided to bring us to the US because of the crime in my country. Sometime at the end of 2013, my sister got shot in both of her legs while she was coming home from work because she couldn’t pay the gang members who were trying to extort her for money. She had to stay in the hospital for 3 months. This is the main reason why we came. We had to wait two years before we could come because the gangs continued to harass us and demand money, and we didn’t feel safe enough to escape the situation. We also had to wait for our mom (who was already in the United States) to find people who could help us and to raise the money to pay them.

I remembered that a week before we began our journey, my aunt said, “Don’t forget where you came from and you will always be all right.” My siblings, brother in law, niece and nephew, and I all traveled together. We were in a group of people and we had to walk for many hours. We stayed in an ugly house and it was one of the worst experiences in my entire life because we stayed in that house almost a week without taking a shower, and it was horribly cold every night. We had no internet, no bed, and there was one bathroom that was super dirty. Whenever I remember this, I say, “Thank you God that I’m not in that house anymore.” When we finally left that house it was nighttime, and I was so happy because I was not going to be there anymore and could finally continue with my journey. We traveled in a bus until 2 a.m., and then they took us to a forest where we had to sleep. We stayed there for 2 or 3 days, and it was even worse than that ugly house I hated. It was so cold! But I felt even worse for my niece and nephew because they were only 2 and 1 and a half. I gave my sweaters to them because only my sister was taking care of both of them, and I got angry because my brother in law didn’t care for his son and daughter. The next day, we started walking again. We walked so much, and I was so tired, dirty, and hungry. I had to carry my niece for the whole journey. I felt like I was dying. Finally, we got in one place where we could eat and rest for a night. I felt like my brain was mush, my whole body ached, and I was exhausted from not getting enough sleep for three days. It was terrible.

The next night we continued. That night, it was even worse because we traveled in the back of a truck with too many people for almost 4 hours. I couldn’t feel my feet, and still I was with my niece. I felt so desperate! I was about to scream and I told my sister, “I really can’t do this anymore!” She told me: “Just calm down! Everything is going be fine.” And I started to wonder how she was fine after what we had passed through, especially because she still had problems with her legs from being shot. I immediately just calmed down when I saw how strong she was. Suddenly, the truck stopped for a couple minutes and then took off very fast. Someone started to shoot the truck, and everybody got scared. Later, the driver told us that the police wanted money and he didn’t give it, so they started to shoot.

I made this painting because I wanted to tell you a little bit of what an immigrant has to pass through. This is just one of many stories, and even though my story is bad, there are many more that you might never hear that are worse.  I just want you to think about that and thank you for reading. 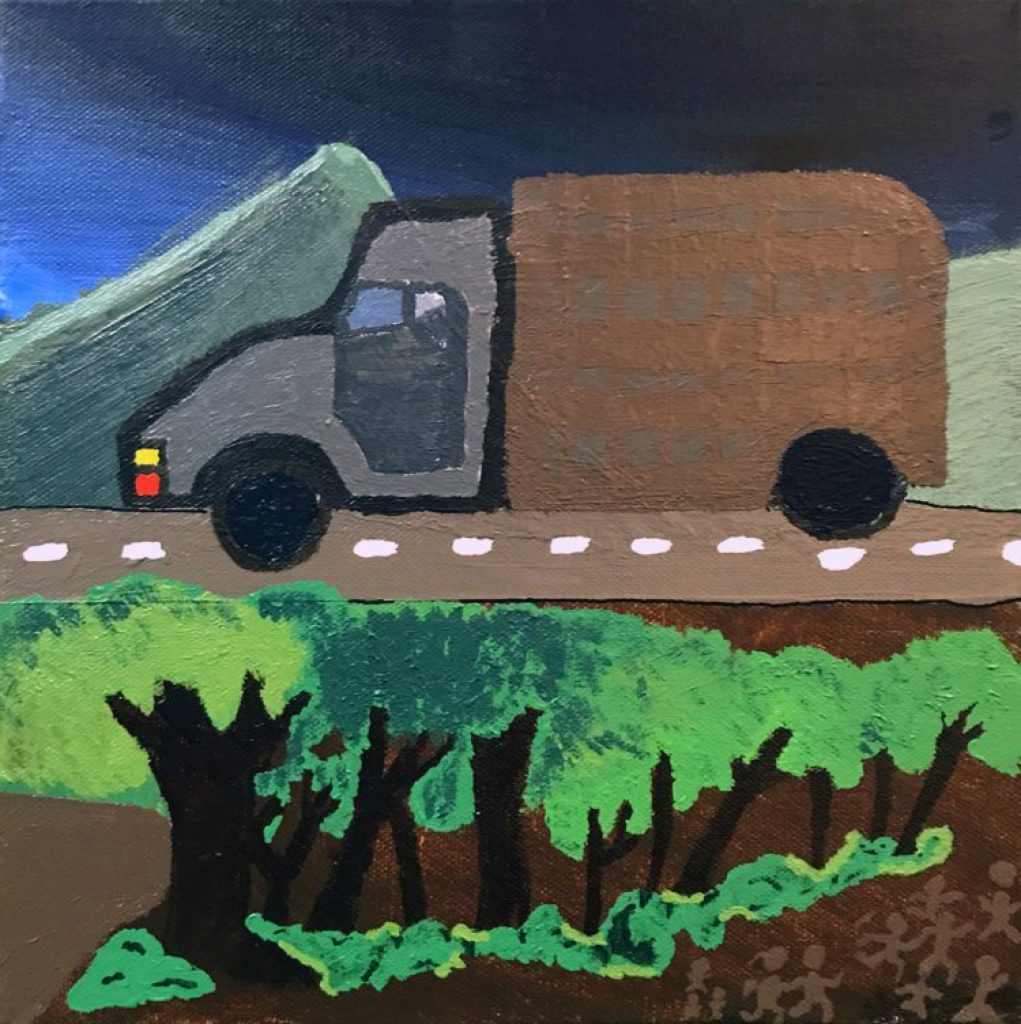