My Toxic Backyard, screening Thursday, Sept. 25 at 5:00 p.m. at JCSM, chronicles Asheville, North Carolina’s fight to get clean drinking water as the contaminated soil of an old manufacturing plant continues to leak carcinogens into their water more than 20 years after the threat was first reported to the Environmental Protection Agency. Through investigative reporting and in-depth interviews, producer and director Katie Damien’s film dredges up the sludge that accumulates after decades of inaction. 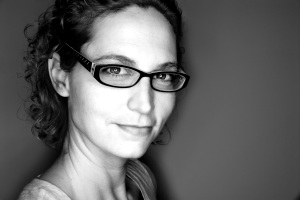 Damien, who will attend the screening in Auburn, is an award-winning filmmaker with a Bachelor of Arts in film production from the University of Central Florida, currently living in Asheville, the community chronicled in her film. My Toxic Backyard is her first feature documentary, and was supported through a successful Kickstarter campaign. Below she shares how she first became aware of what was happening.

This all started because I wanted to buy a house. Asheville, North Carolina is a beautiful area nestled in the Blue Ridge Mountains. Housing prices are generally high no matter where you go in the area. So when I found a section of town where the houses were affordably priced, my first thought was, what’s wrong with this area? There was no high crime rate, no dilapidated houses, it was close to city limits, but not too close. I thought I might have stumbled upon a hidden gem.

My realtor showed me multiple homes in the area and I started to get excited. I told a friend of mine about this amazing find and as soon as I told him where it was, he stopped me. “There’s something bad in the water out there. Don’t buy a house there!” he said.

“What’s in the water?” I asked, perplexed that I had never heard about this before and I had lived in Asheville for more the five years. “I don’t know, but it’s making people sick.” 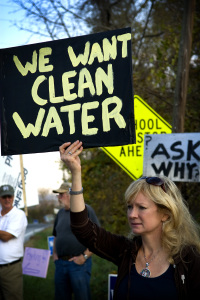 I stopped looking for houses in that area, but I was curious and started digging. There were newspaperarticles, the local TV news had done stories; it was no secret. There was a whole community fighting for clean, safe drinking water that I had somehow managed to remain oblivious to. Even when I had been actively looking for a house in the area, there were no red flags, no warnings from my realtor or anyone else. If I had not done my own research, I never would have known that there was a toxic Superfund site leaking chemicals into the water table.
I felt like I had dodged a bullet, but I couldn’t stop thinking about all the people still living out there who weren’t as lucky. That’s when I started making this documentary.
“My Toxic Backyard” examines the events leading up to the declaration of a Superfund site at an old manufacturing plant and the community’s desperate fight for clean drinking water. For the
past five years I collected the stories of the residents, interviewed experts and tried to understand how such a devastating environmental catastrophe can remain virtually unchanged, leaking hazardous carcinogens into drinking water for more than two decades. I was under the impression that the Environmental Protection Agency would take care of problems like this, after all it’s for places like this that that agency exists. I’ve since discovered that it’s not so simple.
I wish that I could say this site is rare, that these residents have fallen victim to one horrible tragedy and that it’s an isolated event. But with over 46,000 sites evaluated by the EPA and 1out of every 4 Americans living within a 4 mile radius of a Superfund site, I’m afraid many of us have no idea what is in our own backyards.
Damien’s appearance and film screening as a part of The Southern Circuit Tour of Independent Filmmakers is a program of South Arts. Southern Circuit screenings are funded in part by a grant from South Arts in partnership with the National Endowment for the Arts.
Program admission is free; however advance reservations for tickets is encouraged online to estimate limited auditorium seating. Following the film, enjoy tapas in the Museum Café and a performance by the jazz trio, Cullars Improvisational Rotation.

Reserve Tickets for “My Toxic Backyard”