A Legacy of Support Continues

By Communications and MarketingOctober 14, 2016 Supporting Auburn

For Dr. Ralph B. Draughon Jr. ’58, supporting Auburn in both words and deeds is truly a proud family tradition. As a 10-year-old, a Sunday dinner conversation with someone like Dr. George Petrie at his childhood home—the President’s House—made a lasting impression on Draughon. “At a time when children were to be seen and not heard,” said Draughon. “Dr. Petrie asked me what I was reading, and I told him I was struggling with Sherlock Holmes. He shared that The Hound of the Baskervilles was his favorite.”

Draughon explained Petrie is widely known for penning The Auburn Creed and bringing football to town; but, he was also credited with inspiring many students to become historians, at what was then an agricultural and mechanicalinstitute. Draughon said in that moment, he too experienced Petrie’s charisma and was deeply affected by the fact that this well-known figure took a serious interest in him and did not just comment on how much he’d grown, like other adults. Draughon went on to complete his Bachelor of Arts in history at Auburn and doctorate in southern history at the University of North Carolina at Chapel Hill. 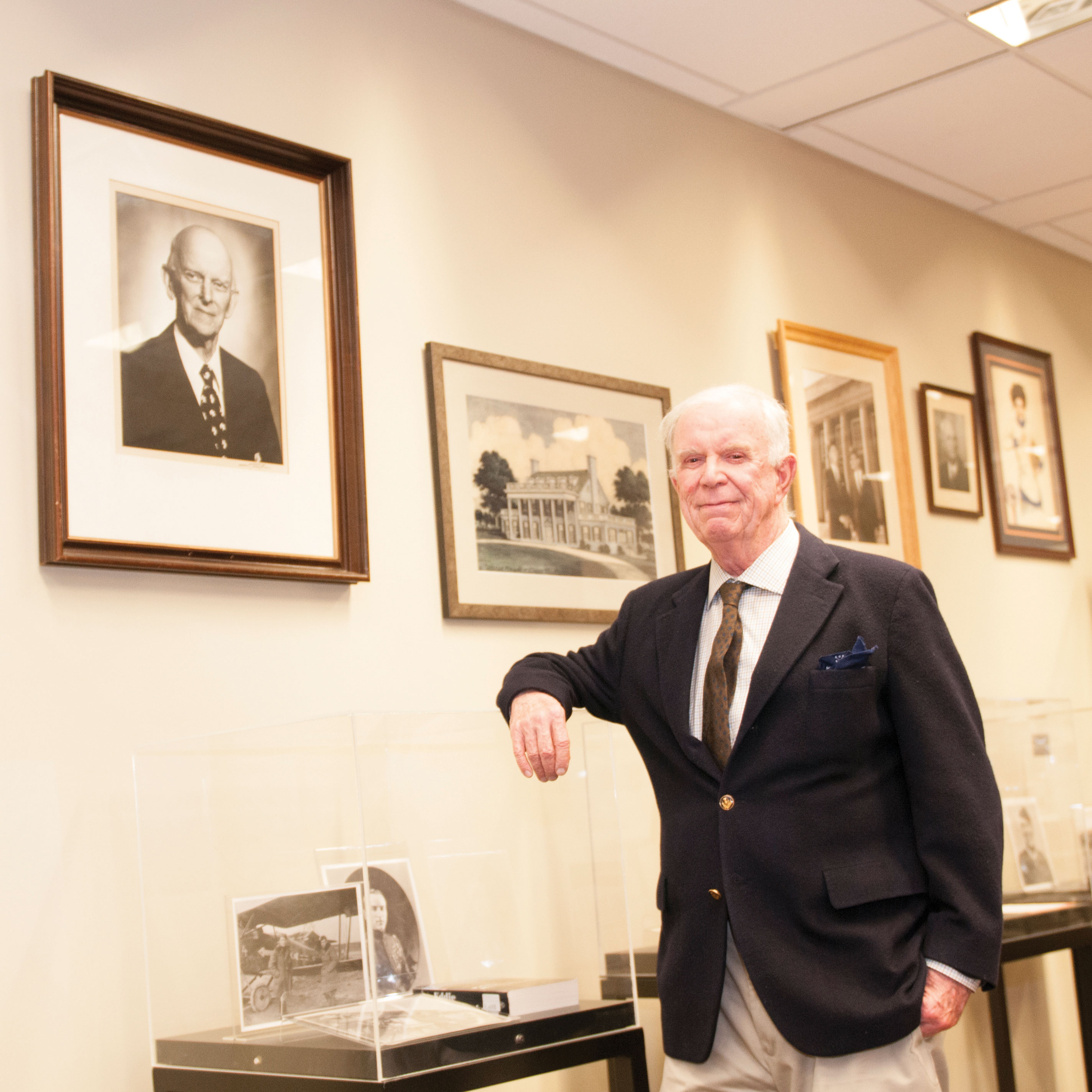 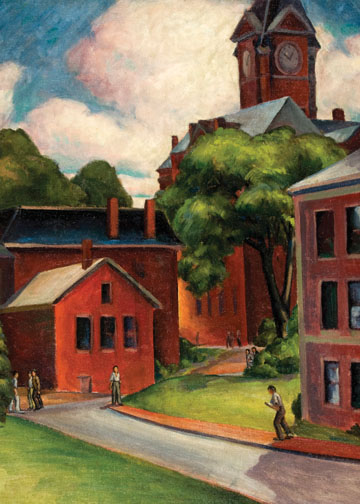 Draughon experienced much of Auburn’s history during his time as a son and a student; in fact, one could say, he wrote the book. He is the co-author of “Lost Auburn: A Village Remembered in Period Photographs,” whose first publication of 20,000 copies with NewSouth Books sold out. He serves on the Alabama Historical Commission Board and is a member of the Alabama Trust for Historic Preservation. He taught at the University of Georgia, established a research center at the birthplace of Robert E. Lee, Stratford Hall, served as curator at the Historic New Orleans Collection, and acted as historical advisor to a major national archaeological firm.

He has also written about and lectured on another name known to the Auburn Family and the football faithful—Coach John Heisman. In his research, he highlights not stats but Shakespeare, as Heisman was a professional actor. “He organized the first dramatic group on the Auburn campus, the A.P.I. Dramatic Club,” he said. “The excuse was to raise money to pay off the football team. He produced shows in Opelika and in Auburn above Toomer’s Corner.”

Draughon has said in previous interviews that he found documentation of Heisman’s dramatic side in a scrapbook belonging to the wife of a chemistry professor. “In my own research, I delight in manuscripts of long ago, particularly personal letters,” said Draughon. “I want students of tomorrow to discover how captivating old letters and documents can be. They bring the past alive.”

Through an estate gift, Draughon is supporting both the Auburn University Libraries and JCSM. The museum will use these funds long into the future to further develop its collection of paintings, prints, and pottery related to Alabama and the southern part of the United States. “I just don’t want students and general public to neglect the artists who are working here,” he said. “It is gratifying that, for example, potters who were ignored for years and are now very collectible. Self-taught artists are appreciated.”

Draughon, who is also a donor to the museum’s annual 1072 Society, said that he would like for the museum to have a strong southern collection and that he was pleased that the university has a place to exhibit art connected to Auburn and Alabama. He said he also hoped the collection could one day include works by artists featured in major museums, noting the significant support required to develop such a collection.

The senior Draughon also played a role in collection building, as his son said he was instrumental in the acquisition of JCSM’s first collection. “My father was very proud of his association with Advancing American Art. He read the federal catalogue and always thought it was not only an important acquisition for Auburn, but a feather in his cap,” he said. “His office negotiated the sale with federal officials.” The acquisition records were among his father’s papers that he donated to the Ralph B. Draughon Libraries.

“My father struggled for years to have a first-rate library—one, he joked, that the football team could be proud of. I think he would agree today that the museum is also such a source of pride.”

Draughon supports JCSM because he feels the museum is an important element for the educational experience. “The museum has an important place in the university’s present and future. It’s very meaningful to be a part of that for me. It’s such a classy outfit, for one thing, and it’s so nice that the University of Alabama doesn’t have one!”

Spoken like someone who truly believes in Auburn, and loves it. 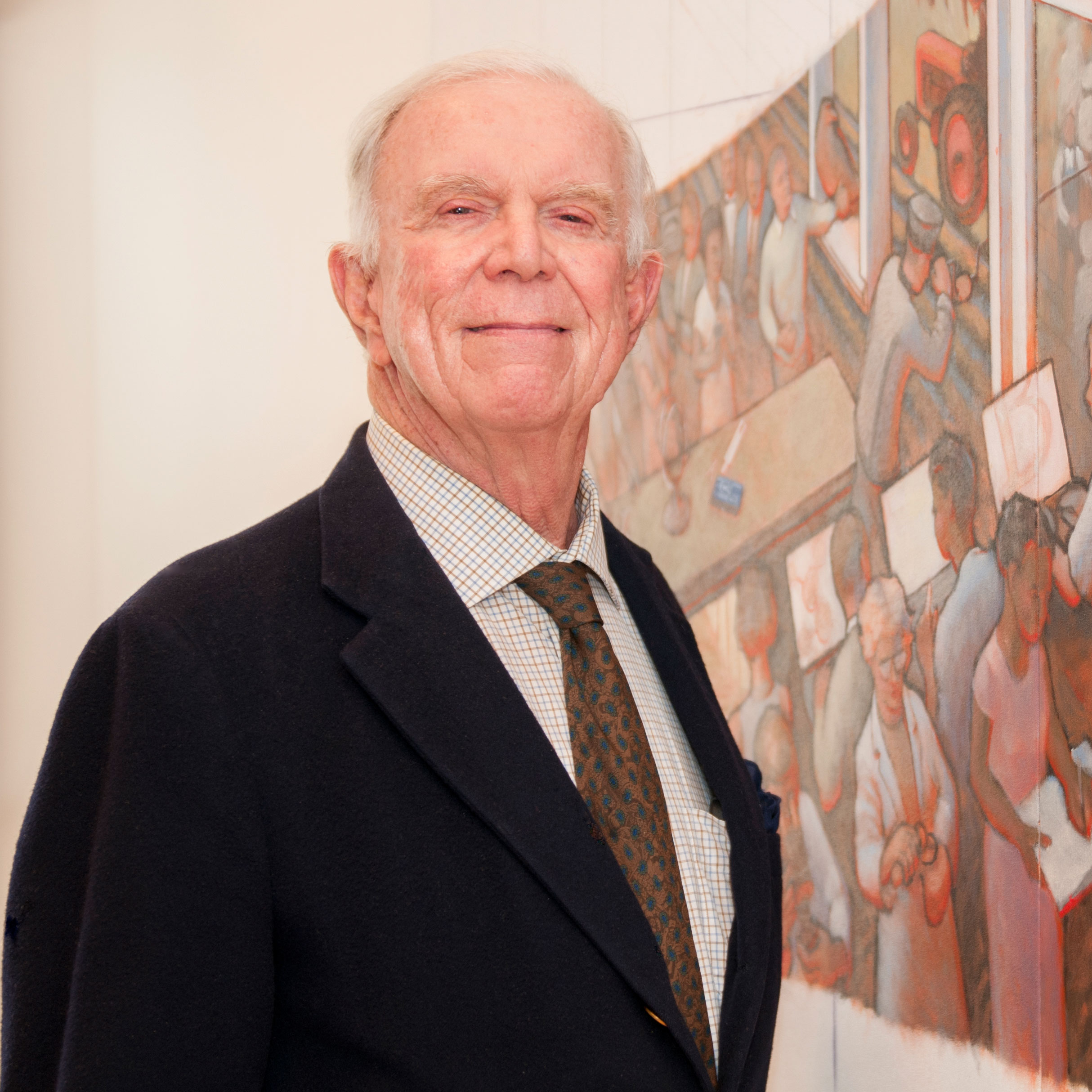 "The museum has an important place in the university's past and future. It is very meaningful to be a part of that for me."