The performers for A Little Lunch Music on February 11 will join Cullars Improvisational Rotation, our Thursday-night jazz trio, later in the day for a second improvised-music performance during Jazz! Food! Art! Click here for more information about this free event.

Trombonist Jeff Albert and drummer Dave Capello from the New Orleans creative music scene will perform a free concert for A Little Lunch Music on January 21 from noon to 1:00 pm in the Auditorium. The program will consist of a series of improvised episodes. The concert is being sponsored by Anonymous Friends of the Series.

Drummer Dave Cappello and trombonist Jeff Albert first played together in 2003. They have since made music together in a wide variety of contexts, including duo and trio formats, the Jeff Albert Quartet, larger collections like Jonathan Freilich’s Naked Orchestra, and many ad hoc improvising combinations. Dave and Jeff released their first recording as a duo (audio samples at right) in March of 2015 on the Breakfast for Dinner Records label, and will have a trio recording, featuring William Parker on bass, out sometime in early 2016. 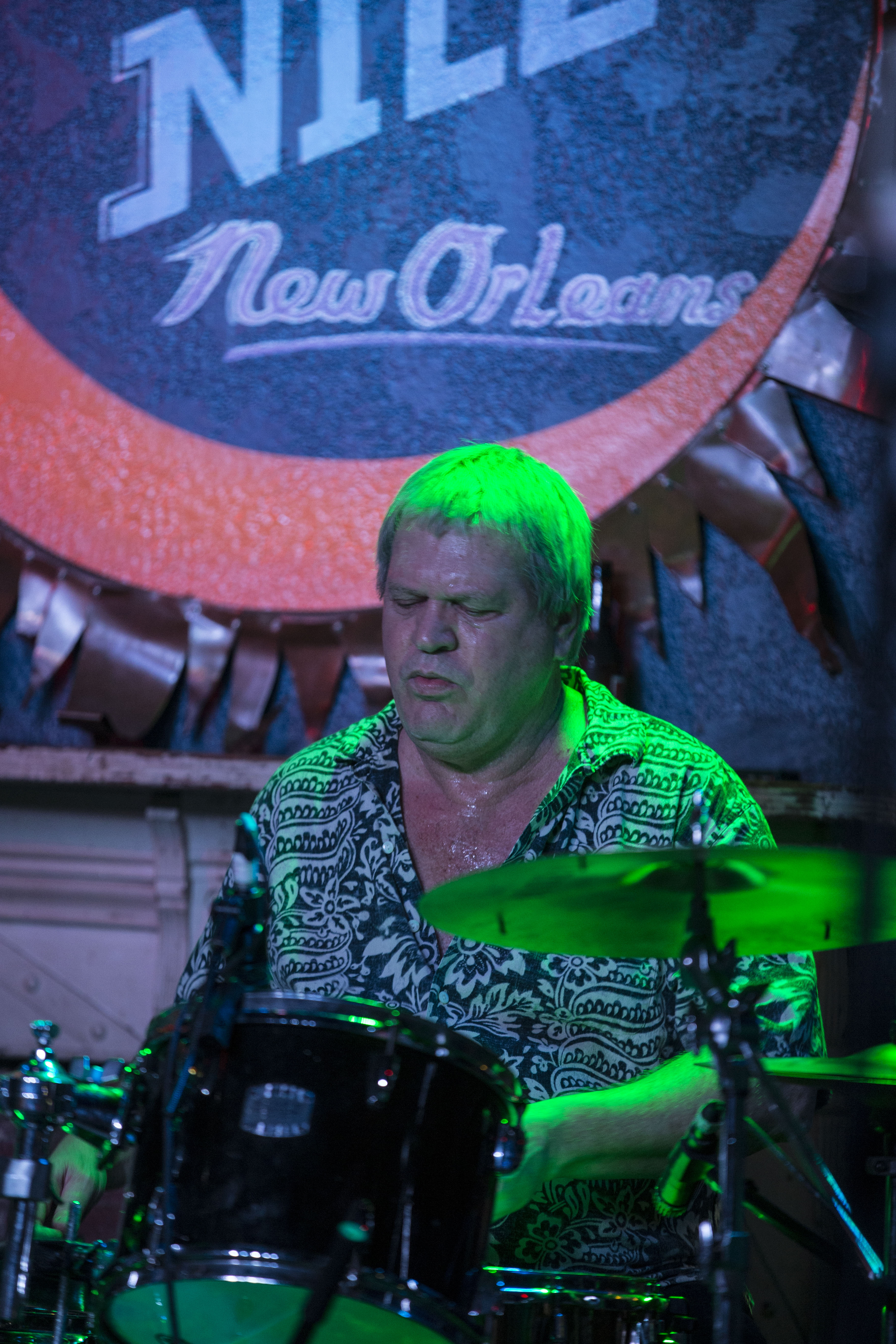 Dave Cappello moved to New Orleans from New York in the early 1990s, and has been an integral part of the creative music scene ever since, working with some of the city’s most adventurous musicians, including Jonathan Freilich, Rob Cambre, Jimbo Walsh and Helen Gillet. Before coming to New Orleans, Dave was a member of the Bern Nix Trio with William Parker, and worked with some of the greats in the New York scene, like Steven Bernstein and Steve Swell. Dave is also an active writer, with a new book forthcoming from the University of Louisiana Lafayette Press. 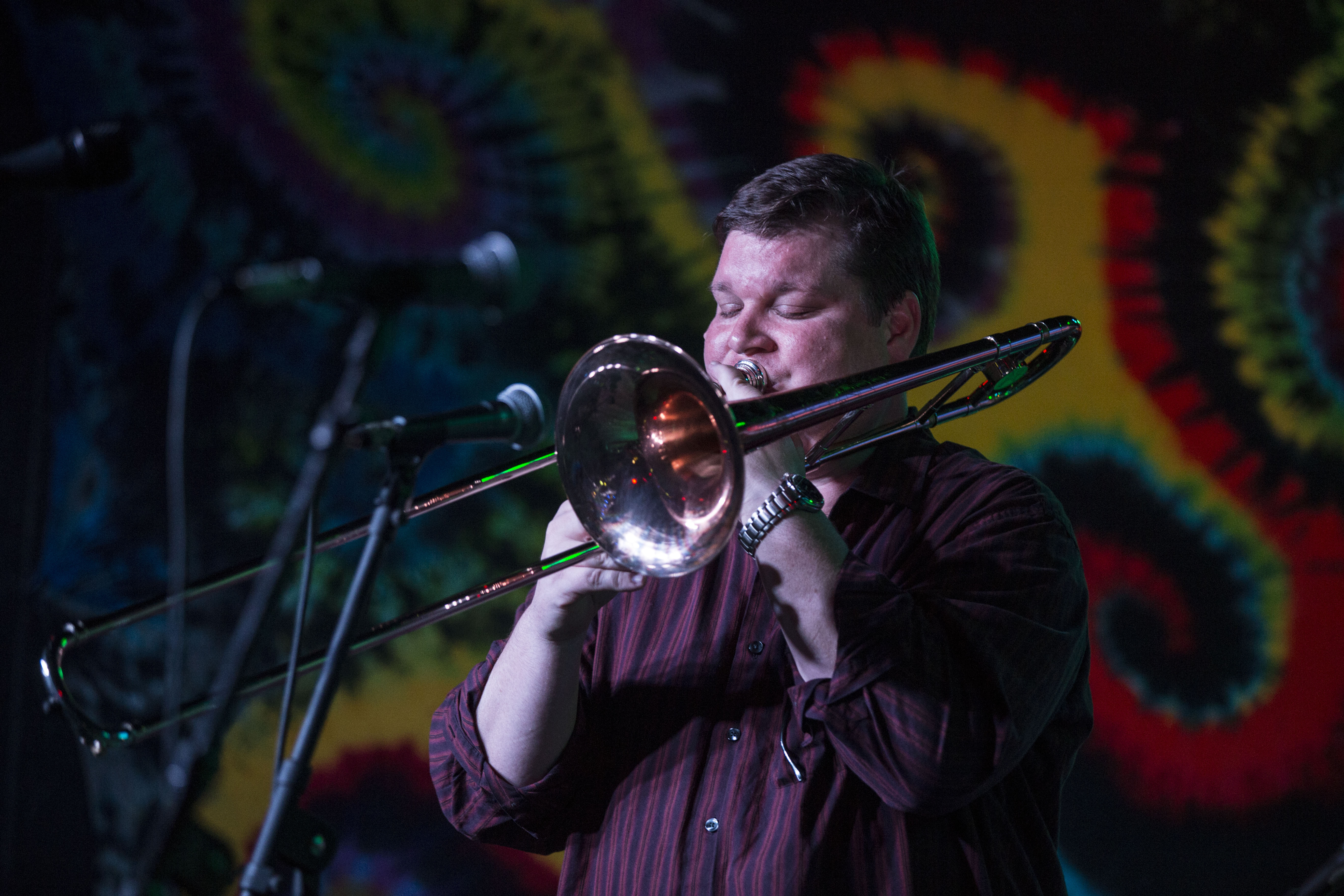 Jeff Albert is a musician, music technologist, and educator. He was named a Rising Star Trombonist in the Downbeat Critics Polls each year from 2011-2015, and performs regularly in the New Orleans area, and throughout the US and Europe. In 2013, the Paris based record label Rogue Art released his CD, The Tree on the Mound, which features Kidd Jordan, Hamid Drake, and Joshua Abrams. In addition to leading the Jeff Albert Quartet, Jeff is a member of Hamid Drake’s Bindu-Reggaeology band, and co-led the Lucky 7s with fellow trombonist Jeb Bishop. Jeff has performed with many great improvisers, including Georg Graewe, Tobias Delius, Dave Rempis, Jeff Parker, and many others. He has been a member of the bands of New Orleans greats George Porter and Wardell Querzergue, backed artists like Stevie Wonder and Bonnie Raitt, and performed with the Louisiana Philharmonic Orchestra, and the New Orleans Opera.

He is an Assistant Professor of Music Industry Technology at Loyola University New Orleans, and in May of 2013, he became the first graduate of the PhD program in Experimental Music and Digital Media at Louisiana State University. Jeff’s areas of research include the intersections of improvisation and technology, performance paradigms for live computer music, and audio pedagogy. Jeff is the founder and chief instigator of the Open Ears Music Series, and writes the blog Scratch My Brain.

Find more about Jeff at jeffalbert.com.