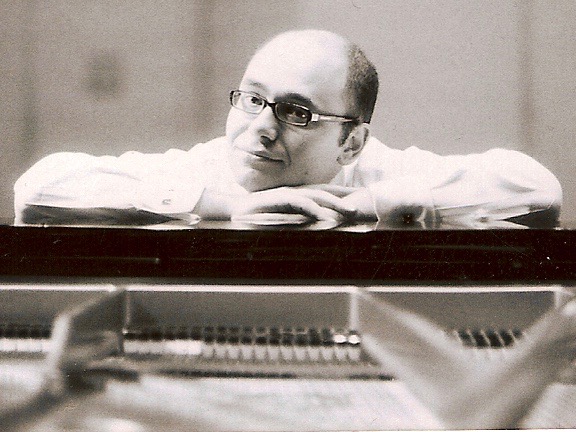 On May 12 from noon to 1:00 pm, the series will present a free concert in the auditorium by pianist Vadim Serebryany. The concert is being sponsored by anonymous friends of the series.

VADIM SEREBRYANY has been sought after as both a soloist and chamber musician in Europe, South America, Australia and throughout North America, and in 2008 completed his eighth consecutive recital tour of Japan. He has recently embarked on projects including performing the complete Beethoven sonatas for piano and violin, as well as presenting solo and chamber works of the Second Viennese School of composers.

In 2005, Mr. Serebryany founded Trio+ with violinst Yosuke Kawasaki and cellist Wolfram Koessel. The trio has performed to critical acclaim throughout North America and Japan. He has collaborated with choreographer Mark Morris; baritone Gary Reylea; cellists Suren Bagratuni and Eugene Osadchy; violinists Mayumi Seiler, Almita Vamos, and Kawasaki; and members of the American String Quartet, the Enso Quartet, and the Glenn Gould String Quartet. In 2007 he and Mr. Kawasaki made their recital debut at Carnegie Hall.

An Honours graduate with Distinction from the Royal Conservatory of Music in Toronto, Mr. Serebryany went on to complete his Bachelor’s and Master’s degrees at New York City’s Juilliard School. The final leg of his formal education took him to Yale University, where he completed his studies in the Doctor of Musical Arts program. Since 2008 Mr. Serebryany has been an Associate Professor of Music at Huntingdon College in Montgomery.