From noon to 1 p.m. on Thursday, March 28, the Jule Collins Smith Museum of Fine Art at Auburn University’s weekly series “A Little Lunch Music” will present saxophonist Nikolai Klotchkov with pianist Ahyoung Cho and guest flutist Gillian Ash. Klotchkov and Ash are students at Auburn. Cho joined Auburn’s collaborative piano faculty in 2018. The program will feature music by Johann Sebastian Bach, Claude Debussy, Jacques Ibert, Russell Peterson and Takashi Yoshimatsu. This performance is made possible in part by a gift from Dr. Soma Nagendran and by an anonymous gift. 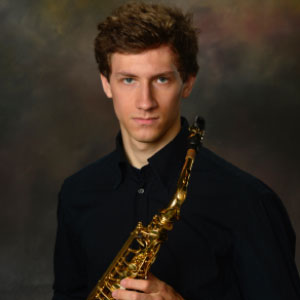 A native of Moscow, Russia, Nikolai Klotchkov started playing classical saxophone at the age of 12. In 2018, he performed Jacques Ibert’s “Concertino da Camera” with the Auburn University Orchestra and the Gulf Coast Steinway Society Orchestra as a concerto competition winner. In 2016, he was a winner in the Alabama Federation of Music Club’s Collegiate Scholarships audition and won alternate at the Alabama Music Teachers National Association Performance Competition. Before moving to the United States, he received awards in both local and international youth music competitions and studied saxophone with Aleksey Volkov at Ippolitov-Ivanov State Pedagogical Institute.

Now a senior at Auburn University with plans for graduate school, Klotchkov is double majoring in Music Performance and Interdisciplinary Studies with a concentration in Neuroscience, Exercise Science and Computer Science. He applies the knowledge from his interdisciplinary studies to his own performance practice and is equally concerned with outreach. Through his research of musicians’ physiology and the cognitive processes involved in music performance and perception, he hopes to create better methods to teach beginning instrumentalists and to improve the performance of mature musicians. Klotchkov currently studies under Dr. Michael Pendowski and performs with the Tiger Saxophone Quartet and the Auburn University Concert and Symphonic bands. 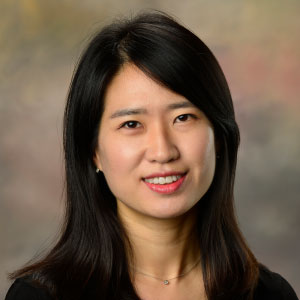 Ahyoung Cho is currently a collaborative pianist with the Auburn University Department of Music. She earned her Doctor of Musical Arts degree in piano performance from Michigan State University where she studied with Panayis Lyras and worked as a graduate assistant.

Cho started studying piano at the age of five. As one of South Korea’s promising artists of the future, she has won first-place prizes from essential piano competitions in South Korea, and has performed at  Carnegie Hall’s Weill Recital Hall in New York, New York. Cho has also received awards from international competitions in the United States. Cho received her Bachelor degree from San Francisco Conservatory of Music and continued her studies at Indiana University in Bloomington for both her Master of Music degree and Performance Diploma, where she received the Graduate award, Artistic Excellence Award and Jacobs School of Music Fellowship. Beyond the solo works, Cho has had years of teaching and collaborative experiences. Aside from accompanying solo vocalists and instrumentalists, she has served as a coach/accompanist for churches, Sistrum and Lansing Women’s Chorus in Michigan.

Gillian Ash is a sophomore dual major in Flute Performance and Animal Science Pre-Vet at Auburn University. She is a member of the Auburn University Marching Band, Symphonic Winds, Flute Ensemble and the Auburn Community Orchestra. At Auburn, she studies flute with Dr. Virginia Broffit Kunzer. Previous teachers have been Dr. Alina Windell and Janis Nichol. Her high school achievements include earning superior ratings in solo and ensemble competitions and being awarded positions in honor bands including the Auburn University Symphonic Honor Band, the Auburn University Marching Honor Band and the Samford University Symphonic Band. At Briarwood Christian High School, Ash was a member of the concert band, marching band, pep band, and jazz band, where she played flute, piccolo, and trumpet. She performed in the pit orchestra for her school’s productions of “Into the Woods” and “Bye Bye Birdie.” She aspires to own her own vet clinic, while having the opportunity to continue in her flute studies and perform in symphony orchestras around the country.