Experience captivating live music and inspiring performances in the context of the museum’s collection and exhibitions. The auditorium and iconic grand gallery provide settings for an extensive array of national and international performers as well as the region’s professionals and students. 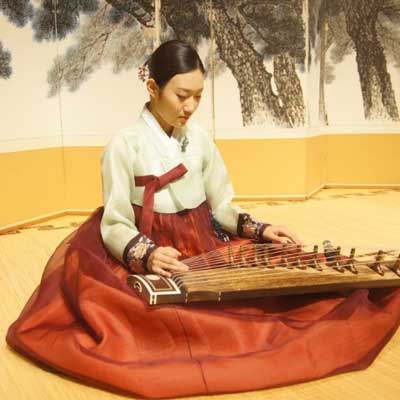 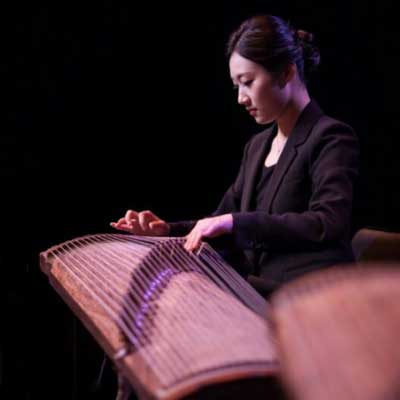 Recognizing Boyun Kim’s passion for music at an early age, her mother encouraged her to be a musician. This passion and encouragement is what led to Boyun learning the gayageum, a traditional Korean string instrument. Since then, playing gayageum has been the focus of her life. She has traveled the world, performing and sharing her native Korean culture, and is on track to become a master of the instrument.

Boyun has accepted invitations to perform in countries including Mongolia, Vietnam, and Thailand. She recently participated in the 7th ASEM (Asia-Europe Meeting) Economic Ministers’ Meeting as the event’s opening performer. From 2014-2017 she played gayageum for the Seoul Metropolitan Youth Traditional Music Orchestra at the Sejong Center for the Performing Arts in Seoul.

Boyun is honored to play gayageum to promote traditional Korean music and to help communities around the world learn about this instrument and the Korean culture. In 2016, she volunteered with “Happy Move” Global Youth Volunteers of Chennai, India, sponsored by Hyundai Motor Group, performing education and labor service and culture exchange as a cultural specialist to promote Korean traditional music.

In spring 2018, Boyun came to Auburn University as an intern at the school’s chapter of the King Sejong Institute. The internship aimed to promote Korean culture, and especially traditional Korean music, offering courses and performances on and off campus. While at Auburn, Boyun offered spring and summer classes in Danso, a traditional Korean flute, and in Korean folk song. She performed on campus visiting classrooms, Foy Hall, and Eagles Nest. In addition to participating in campus activities, she performed for community events such as Korea Fest (part of Auburn CityFest) and a Korean Veterans Day event hosted by Wooshin and AJIN USA.