Join Dr. Sunglim Kim for the lecture, “Searching for Self Identity: Korean Art from the 1960s to the 2010s.” This program is sponsored by Auburn’s Office of International Programs. A reception will follow.

Sunglim Kim is assistant professor in the Art history department and the Asian and Middle Eastern Studies program at Dartmouth College. Her scholarship focuses on pre-modern and early 20th-century Korean art and culture, including the rise of consumer culture in the late Chosŏn dynasty and the role of the professional nouveau riche in the production, distribution, collection, and consumption of art in 18th and 19th century Korea and the lives, artistic achievements, and evaluations of women artists in pre-modern and modern Korea. Her publications include “Kim Chŏng-hŭi (1786–1856) and Sehando: The Evolution of a Late Chosŏn Korean Masterpiece” (2006), “Chaekgeori: Multi-Dimensional Messages in Late Joseon Korea” (2014), “Defining a Woman: The Painting of Sin Saimdang” (2016), and “Lost and Found: Go Hui-dong and Diamond Mountain Painting” (2016). Her book, Dalliances with Objects: Aspiration and Inspiration in the Art of Late Chosŏn Korea, is under contract with the University of Washington Press. 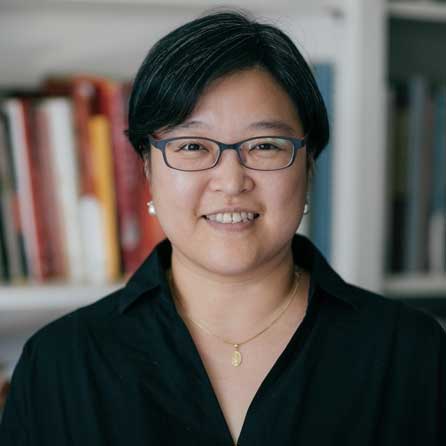