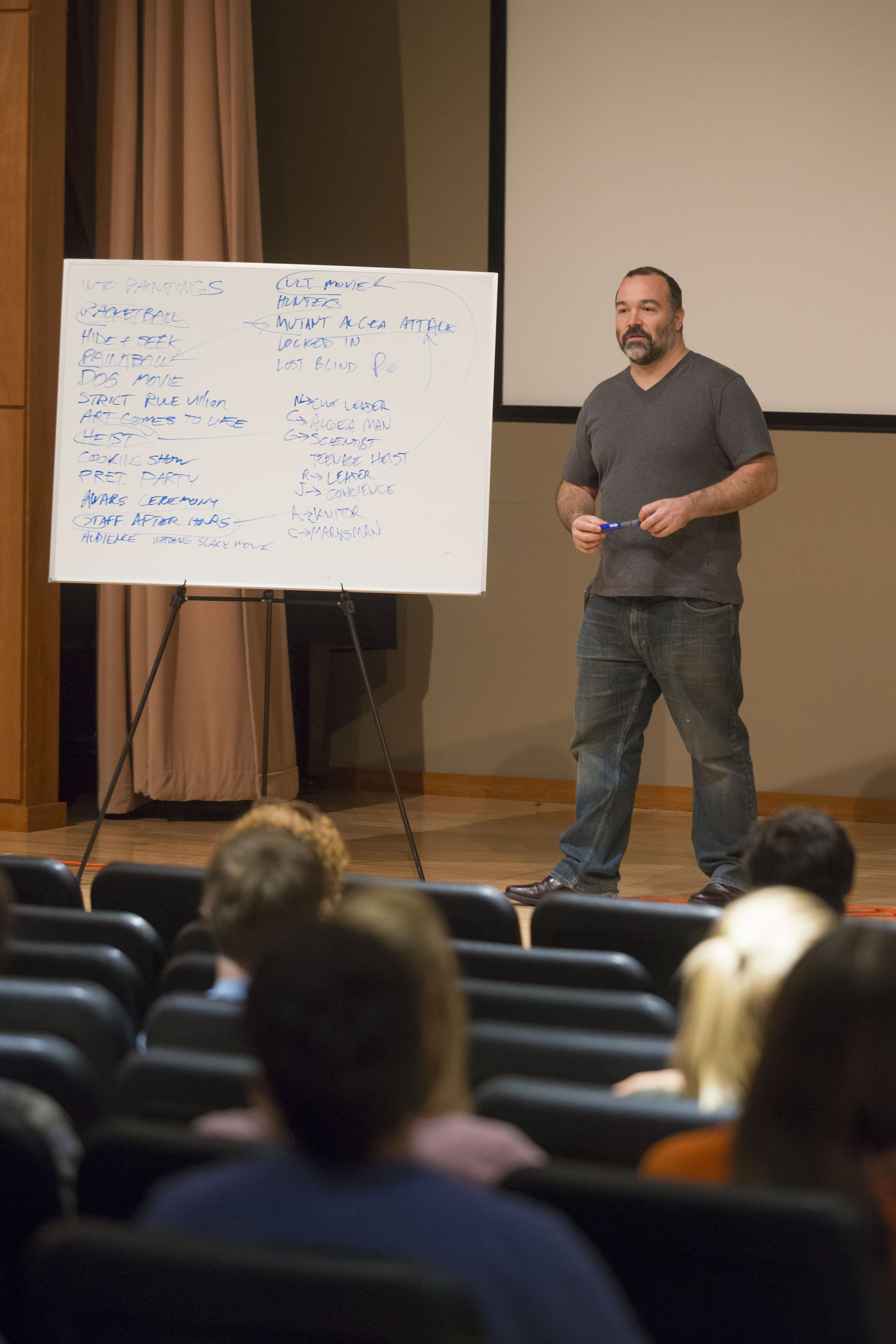 Advance registration is encouraged, but not required. Reserve your spot:  REGISTER HERE

September 1
“Art of the Prank” by Andrea Marini
“Art of the Prank” is an emotional and humorous journey following the evolution of artist Joey Skaggs, a fierce proponent of independent thinking and the man who has turned the media hoax into an art form. Famed for such media fictions as the Celebrity Sperm Bank, the Cathouse for Dogs, the Fat Squad, and Portofess (a mobile Catholic confessional booth), he’s one of America’s most notorious sociopolitical satirists and media activists. Filmmaker Andrea Marini interweaves fascinating archival footage with a singular and unforgettable moment, when Skaggs decides to pull off the most demanding hoax of his career—setting his sights on film festivals to do it.

October 13
“SHU-DE! (Let’s Go)” by Micheal Faulkner
Shodekeh, a beatboxer and vocal percussionist from Baltimore, with a vision for creating an ‘oasis of unity through musical collaboration,’ has spent his life mastering new sounds and using them, while fostering seemingly unlikely collaborations. SHU-DE! is the story of what happened when these artists came together, utilizing their common instrument: the voice and body.

November 10
“Hotel Dallas” by Sherng-Lee Huang & Liv Ungur
In the 80s, in the twilight of communist Romania, “Dallas” is the only American show allowed on TV. Its vision of wealth and glamour captures the imagination of millions. Among them are Ilie and his daughter Livia. He is a smalltime criminal and aspiring capitalist; she is in love with the show’s handsome leading man, Patrick Duffy. After communism falls, Ilie builds the Hotel Dallas, a life-size copy of the “Dallas” mansion. Livia immigrates to America, becomes a filmmaker, and directs a movie starring Patrick Duffy, as a soap opera character who dies in Texas and wakes up in Romania, in a hotel that looks just like home.

Livia guides her childhood idol on a genre-bending road trip across a Romanian dreamscape—along the border of fiction and documentary, through the failed utopias of communism and capitalism, and into a realm of ghosts and lost time.

February 2
“Mango Dreams” by John Upchurch
A Hindu doctor with dementia and a Muslim auto rickshaw driver form an unlikely friendship as they journey a thousand miles across India in a rickshaw.
As a child, Dr. Amit Singh (Ram Gopal Bajaj) survived the British partition of India. Since then, he has been running forward his whole life, running from the nightmare of his childhood. Muslims murdered Amit’s family, and he feels personally responsible for the death of his younger brother. Now, realizing that dementia is slowly eroding his mind, Amit must return to his childhood home and make peace with his past before he forgets it all. Amit’s journey is stalled by the arrival of his son, Abhi (Samir Kochhar), who has come from America to commit his father to an old age home. Abhi’s plans force Amit to run away. Chance leads Amit to Salim (Pankaj Tripathi), a Muslim auto rickshaw driver who has himself been tormented by the past — his wife raped and burned to death by Hindu rioters. Salim offers to take Amit “home” without knowing exactly where the journey will lead. Tensions soon surface, but a journey of a thousand miles in an auto rickshaw has a way of breaking down walls. Along the way, Amit and Salim forge an unforgettable friendship. And, by the end of the journey, Amit and Salim help each other find the peace they both have been longing for.

March 9
“I Came From” by Robby Henson
America is the world’s largest jailer and our over-burdened corrections system treats individuals as numbers. I Come From focuses on incarcerated poets and playwrights who use the power of creativity to change the direction of their lives. Their poems and plays reflect hard lives lived, tough environments negotiated, and past mistakes made. This film focuses on six incarcerated artists whose work declares a wish, a will to survive, to grow as human beings and embrace an architecture of change.

April 6
“Speed Sisters” by Amber Fares
The Speed Sisters are the first all-woman race car driving team in the Middle East. Grabbing headlines and turning heads at improvised tracks across the West Bank, these five women have sped their way into the heart of the gritty, male-dominated Palestinian street car-racing scene. Weaving together their lives on and off the track, Speed Sisters takes you on a surprising journey into the drive to go further and faster than anyone thought you could.