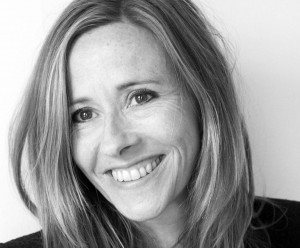 Andrea Wulf reveals in her new book the extraordinary life of the visionary German naturalist Alexander von Humboldt (1769-1859), and how he created the way we understand nature today. Though almost forgotten today, his name lingers everywhere from the Humboldt Current to the Humboldt penguin. Humboldt was an intrepid explorer and the most famous scientist of his age. Perceiving nature as an interconnected global force, Humboldt discovered similarities between climate zones across the world, and predicted human-induced climate change. He turned scientific observation into poetic narrative, and his writings inspired naturalists and poets such as Darwin, Wordsworth and Goethe as well as politicians such as Jefferson. Wulf also argues that it was Humboldt’s influence that led John Muir to his ideas of preservation, and that shaped Thoreau’s Walden. Wulf traces Humboldt’s influences through the great minds he inspired in revolution, evolution, ecology, conservation, art, and literature. Reserve your tickets.

Andrea Wulf was born in India and moved to Germany as a child. She lives in Britain where she trained as a design historian at the Royal College of Art. She is the author of The Brother Gardeners: A Generation of Gentlemen Naturalists and the Birth of an Obsession, and the co-author of This Other Eden: Seven Great Gardens and 300 Years of English History. Her book Founding Gardeners: The Revolutionary Generation, Nature, and the Shaping of the American Nation was published to great acclaim in spring 2011. Her most recent book, Chasing Venus was published in 2012 in eight countries in conjunction with the last transit of Venus in our century. She has written for the New York Times, the LA Times, Wall Street Journal, the Sunday Times, The Guardian, and many others. 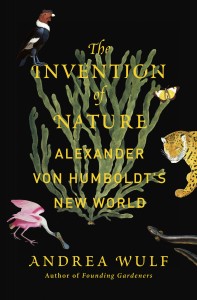 The Brother Gardeners was long-listed for the Samuel Johnson Prize 2008, the most prestigious non-fiction award in the UK and won the American Horticultural Society 2010 Book Award as well as the CBHL 2010 Annual Literature Award. Founding Gardeners was on the New York Times Best Seller List and praised there as ‘illuminating and engrossing.’