Monday, October 25, 2021 | 6 p.m.
Artist Talk with Anila Quayyum Agha
with Kristen Tordella-Williams, assistant professor in the Department of Art and Art History
Free and open to the public

Anila Quayyum Agha is a Pakistani-American artist, who is most known for creating intricate sculptures that balance light and shadow. The repetitive geometric and floral designs–known as Arabesque–are often at the root of Agha’s work and create a fully immersive experience within the gallery walls of museums and galleries. In Islamic culture, these interlocking patterns often mark a space of communal gathering or sacred space of deep contemplation. “The Weight of Black” features three installations throughout the galleries – “Itinerant Shadows,” a series of small cubes set on the wall, “Shimmering Mirage,” a three-foot cube suspended in air, and “This is NOT a Refuge,” an illuminated eight-foot house. While these installations are able to act as standalone objects, they simultaneously act as a cohesive grouping, where shadows and light merge together to allow visitors to move seamlessly through the galleries from one work to another.

Agha builds these spaces considering migration, loss (the loss of identity or the loss of home) and displacement. In particular, she is concerned with displacement “associated with people seeking refuge through immigration or re-settlement to the great global north.” Agha’s sculpture “This is NOT a Refuge” takes the shape of a home: a house or shelter open to all. But as we approach, the sculpture is both public and porous, offering no protection or privacy. As visitors traverse the galleries and navigate through beams of light, Agha asks viewers to consider who walks in the shadows “risking everything to find refuge?”. 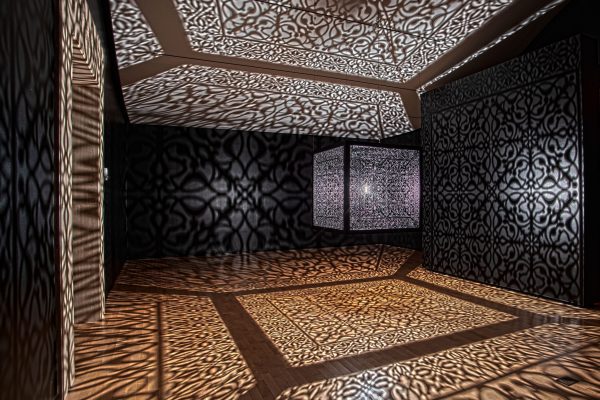 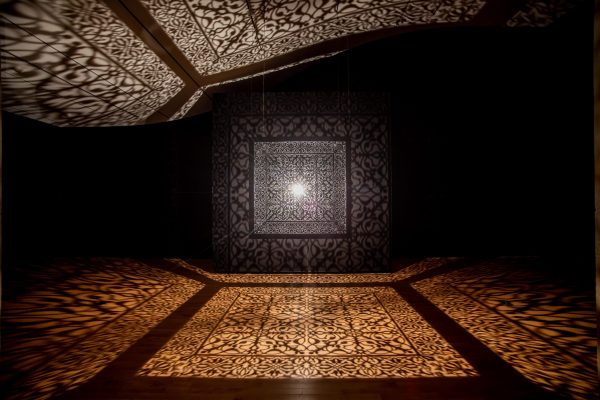 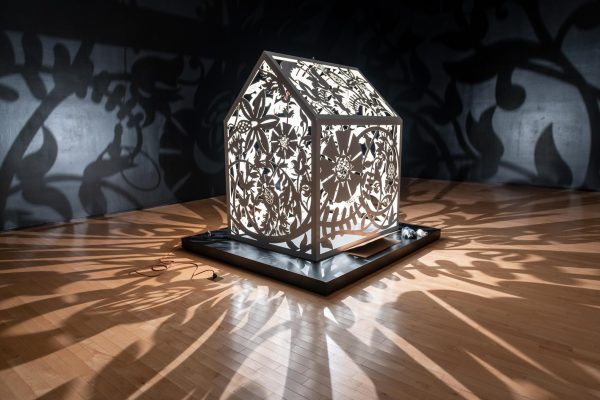 Anila Quayyum Agha was born in Lahore, Pakistan. Her work has been exhibited at the Peabody Essex Museum in Salem, Massachusetts, National Sculpture Museum in Valladolid, Spain, the Rice Gallery at Rice University in Houston, Texas as well as the Dallas Contemporary Art Museum, the State Museum in Indianapolis, Indiana, Ohio’s Cincinnati Art Museum and the Grand Rapids Art Museum in Michigan. Among her awards, Agha has received the Efroymson Arts Fellowship, the Creative Renewal Fellowship awarded by the Indianapolis Arts Council and the two top prizes at ArtPrize 2014 (the Public Vote Grand Prize and the Juried Grand Prize).

In 2018, Agha was the recipient of the DeHaan Artist of Distinction Award. Agha unveiled her public art project titled “This is NOT a Refuge!” in the Open Spaces biennale in Kansas City, Missouri in August 2018. Recently, Agha was named the Smithsonian Artist Research Fellow at the Smithsonian American Art Museum for the 2020–2021 academic year. Agha received her bachelor of fine arts from the National College of Arts in Lahore, Pakistan and a master of fine arts from the University of North Texas. 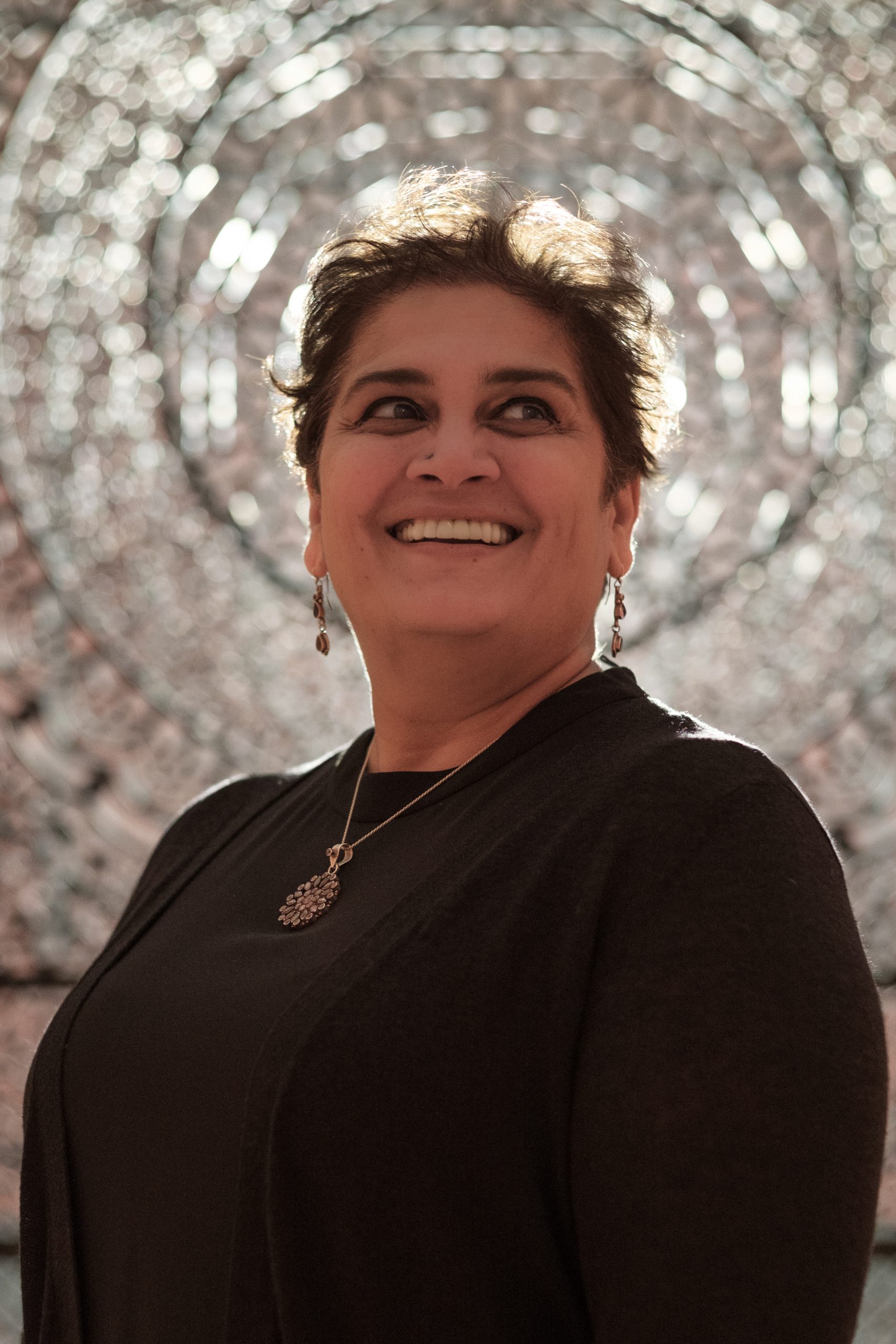