Not only are impressionist print designs a translation of the world, but the print process is a translation in and of itself. From carving into a surface to transferring the design onto the paper with ink, artists’ original designs are adapted through intricate steps to create the final pieces seen in this section, utilizing the techniques of drypoint, etching, woodblock printing, and lithography.

In 1853, the re-opening of trade with imperial Japan after over 200 years of isolation, incited Europe’s fascination with Japanese culture. Western artists, including impressionists Claude Monet and Thomas Buford Meteyard, began collecting and exhibiting Japanese woodblock prints, such as the four by Yōshū Chikanobu included in our exhibition. Artists in both regions were interested in representations of nature and momentary scenes, but they approached this common subject with drastically different styles. By bringing these objects together, the viewer can see different line qualities, colors, sizes, and stylistic priorities as artists leveraged these media to translate their individual perceptions. 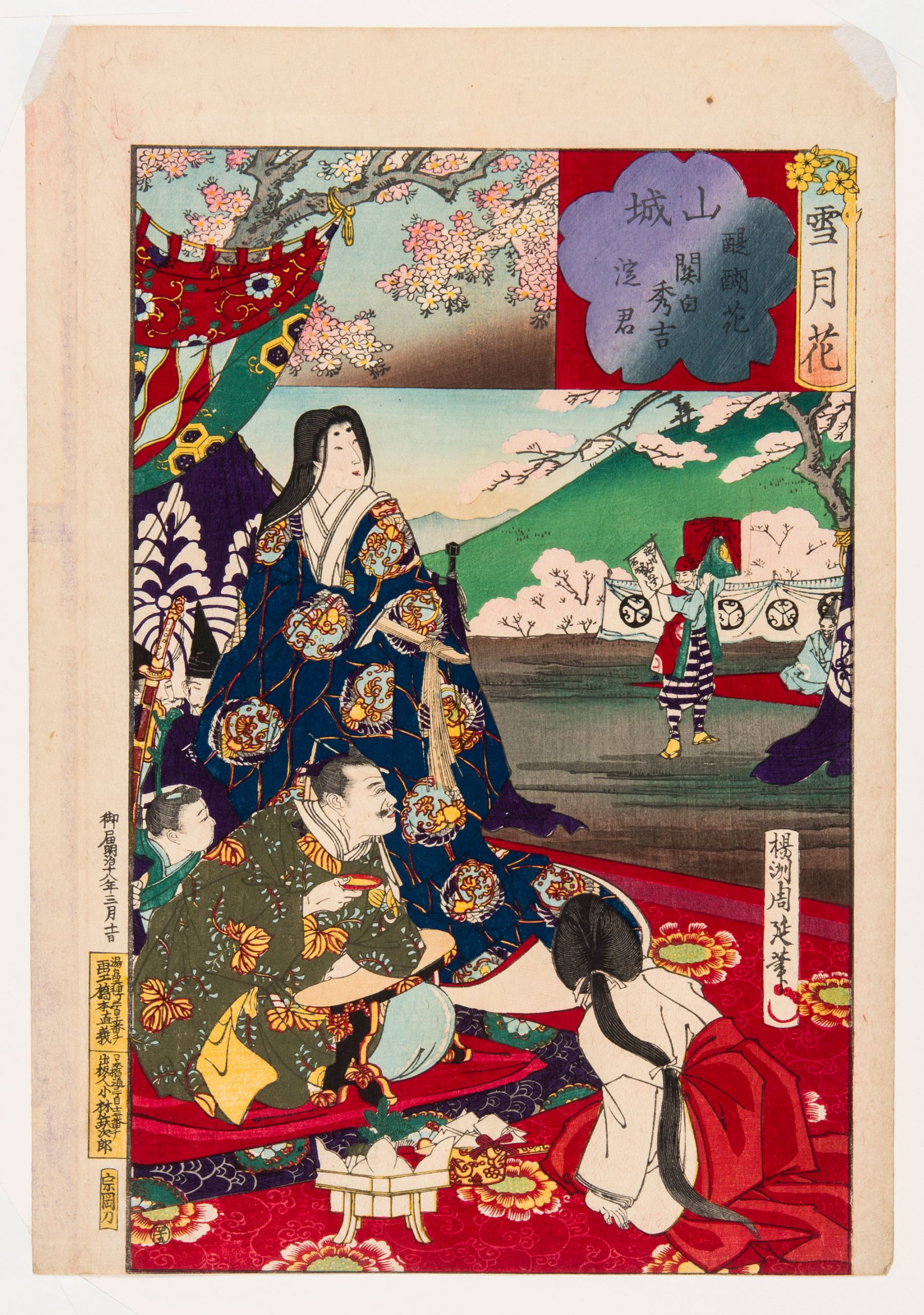 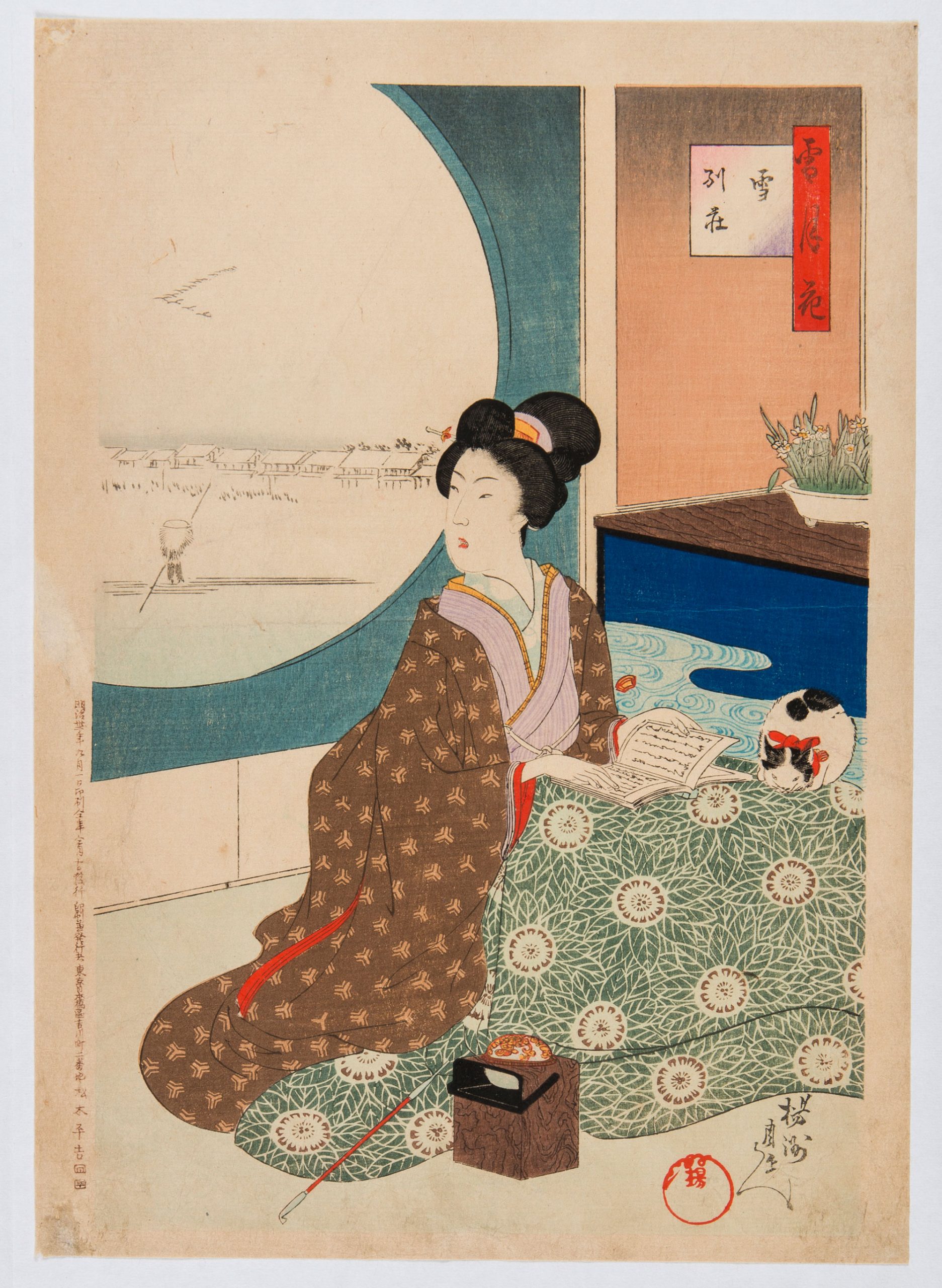 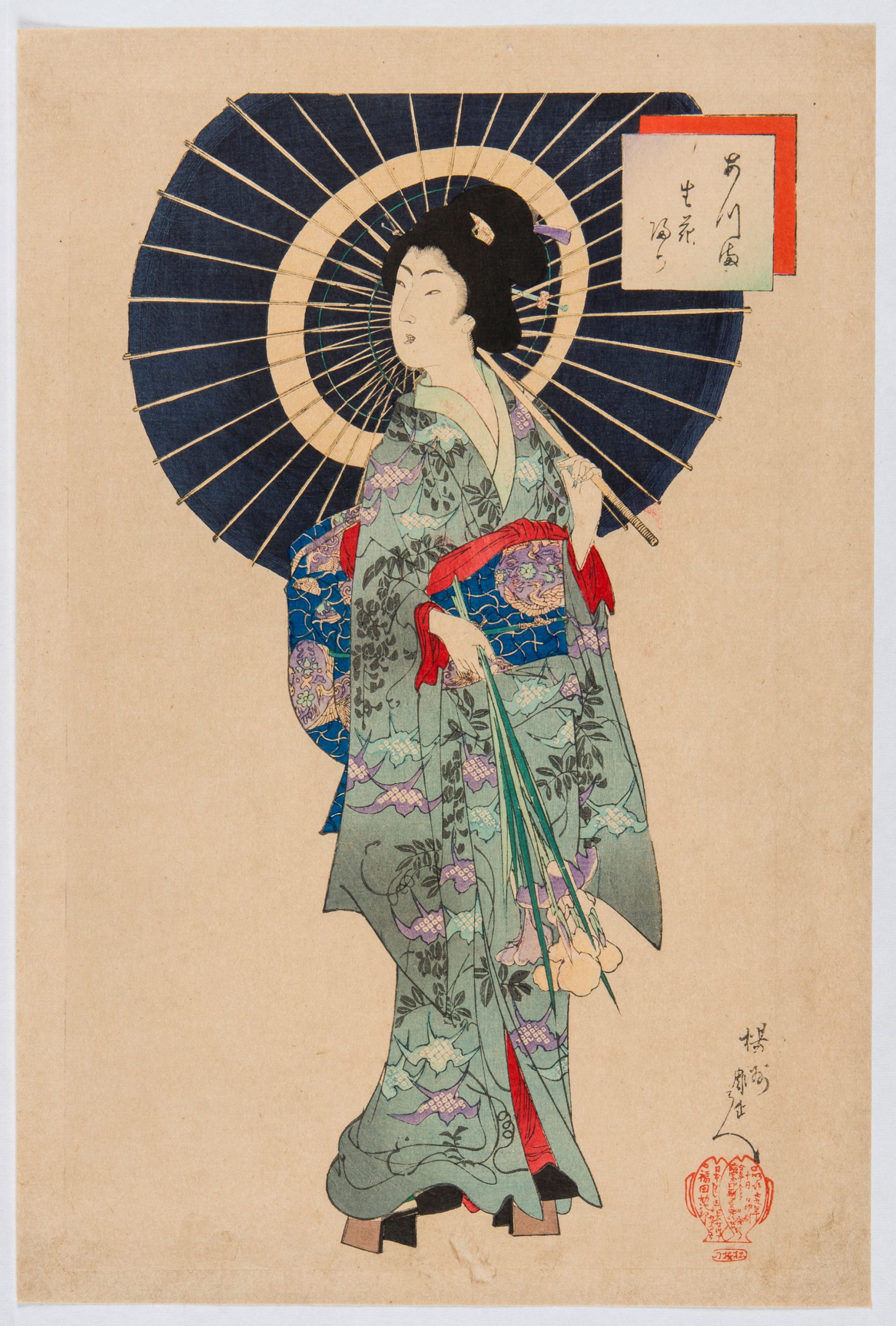 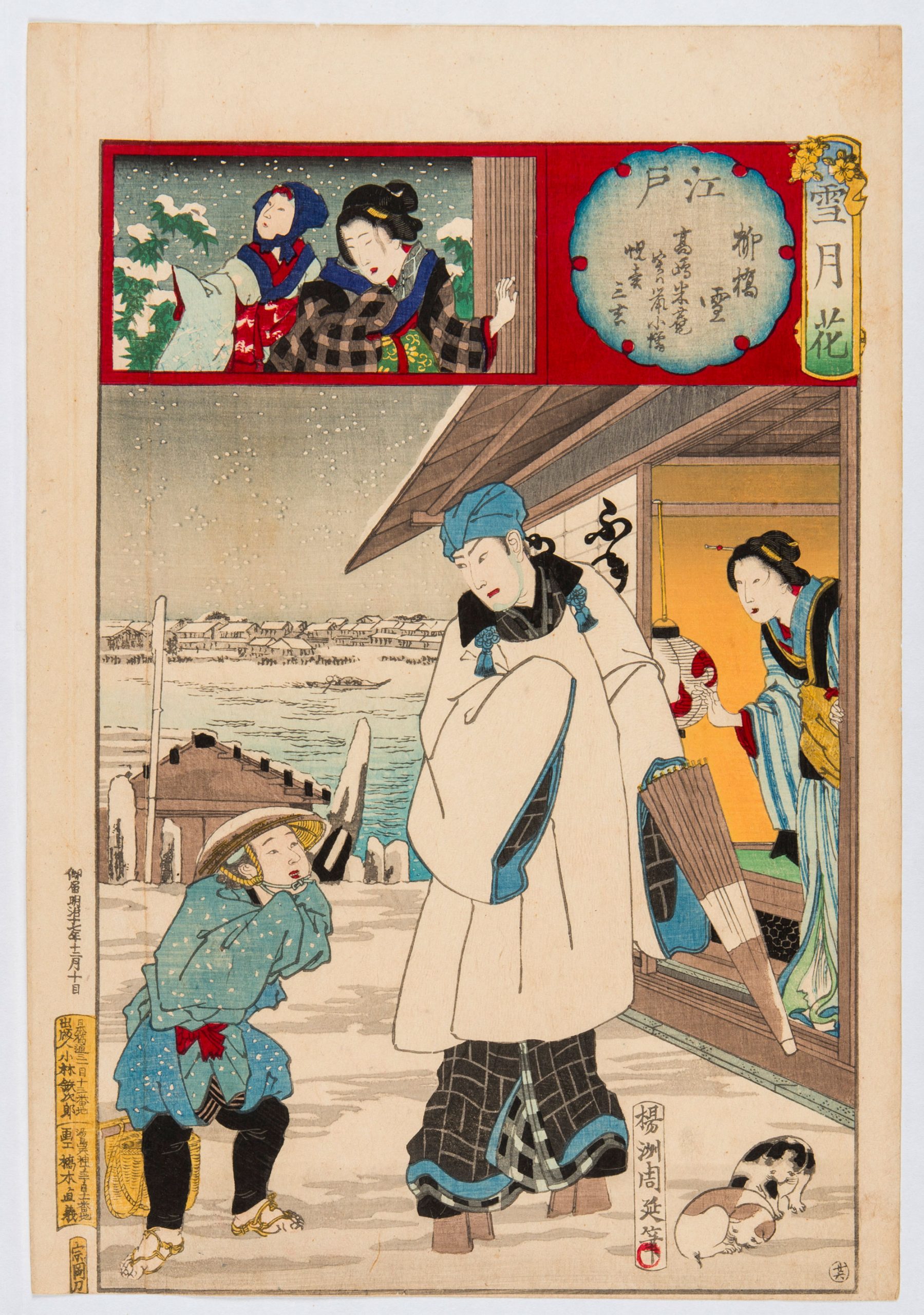 The subjects of these woodblock prints are consistent with Yōshū Chikanobu’s speciality, women and children, while the title of the series, Snow, Moon, and Flowers, from which two of the prints come, refers to a verse by the Chinese poet, Bai Juyi: “In times of snow, moon, and flowers, I think most of you.” Japanese culture placed a strong emphasis on harmonizing with the natural world, and printmakers often referenced setsugekka, a popular theme referencing the beauty of the four seasons, represented by snow, moon, and flowers. It was considered a huge compliment to compare one’s beauty to nature, as in the quotation.

In Untitled (Seated woman and cat), a woman sits contemplatively in an interior space looking out a circular window. The impressionists were inspired not only by Japanese representations of everyday life, such as Chikanobu’s casual, domestic scenes, but also their use of bright colors, distinct outlines, and dramatic cropping. The representation of women in three of the prints is comparable to the prints by Mary Cassatt and Pierre-Auguste Renoir, also featured in this exhibition. A similarly dramatic approach to perspective can be found in the paintings by Frank Myers Boggs, Maximilien Luce, and Lilla Cabot Perry.

Through her artwork, Mary Cassatt defied expectations for women, participating in four impressionist exhibitions in Paris. Drawing inspiration from Japanese woodblock prints such as those hanging nearby, she translates the dashed-off effects of her painting style onto this drypoint engraving. The subject depicts Margot Lux, the daughter of Cassatt’s friend, who was a frequent sitter. In this period, psychologists understood children differently than before, recognizing them as unique and individualized beings. Margot’s pensive expression exemplifies that new theory. 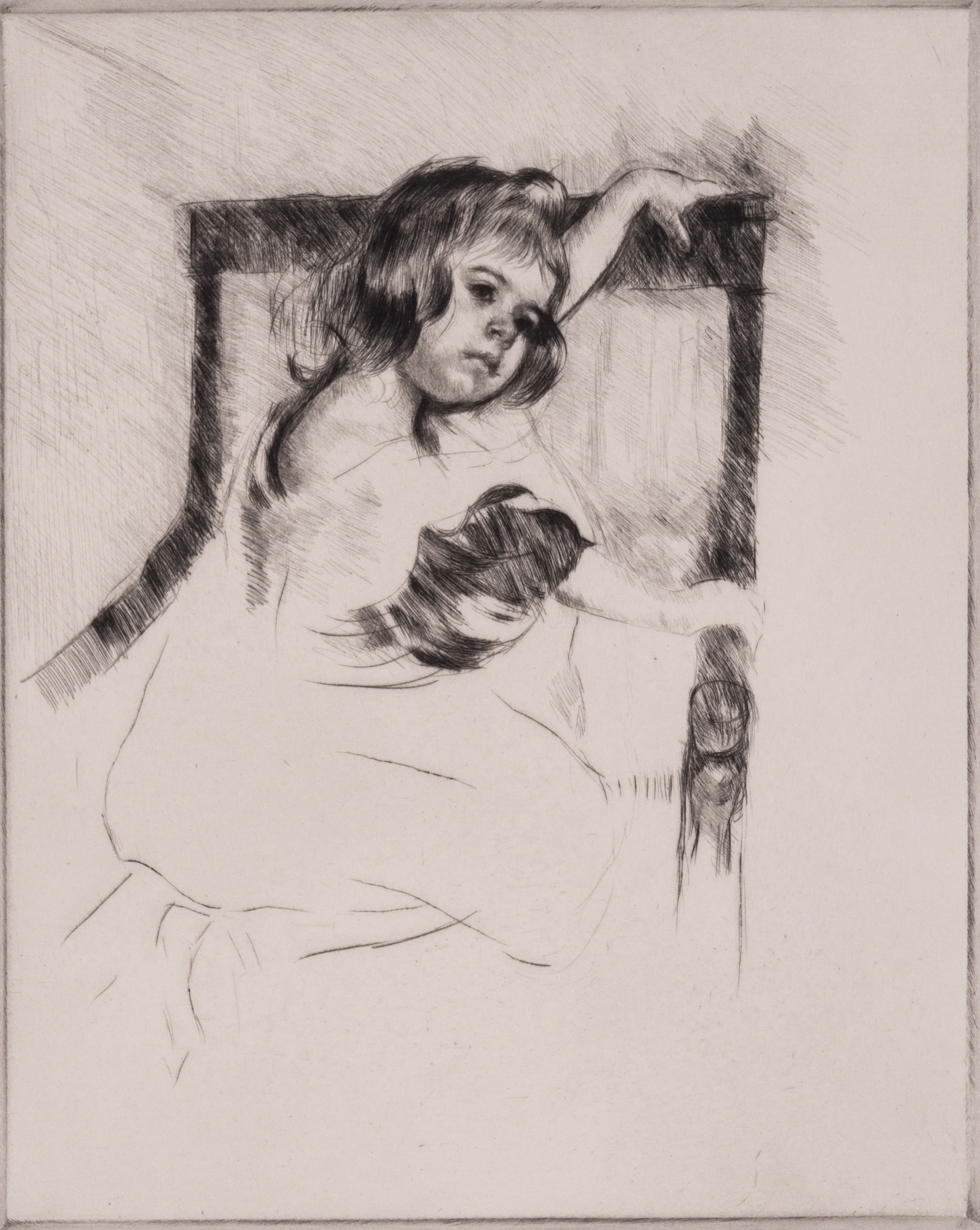 Many impressionists used etching, with its effect akin to a spontaneous drawing, to imply a moment in time. This small piece illustrates a group of people at leisure on the beach at Berneval, on the Norman coast in France. Pierre-Auguste Renoir frequently depicted women, whom he saw as part of nature. Two female onlookers in the foreground frame the viewer’s perspective on the scene. The composition and its intimate scale encourage us to look more closely. 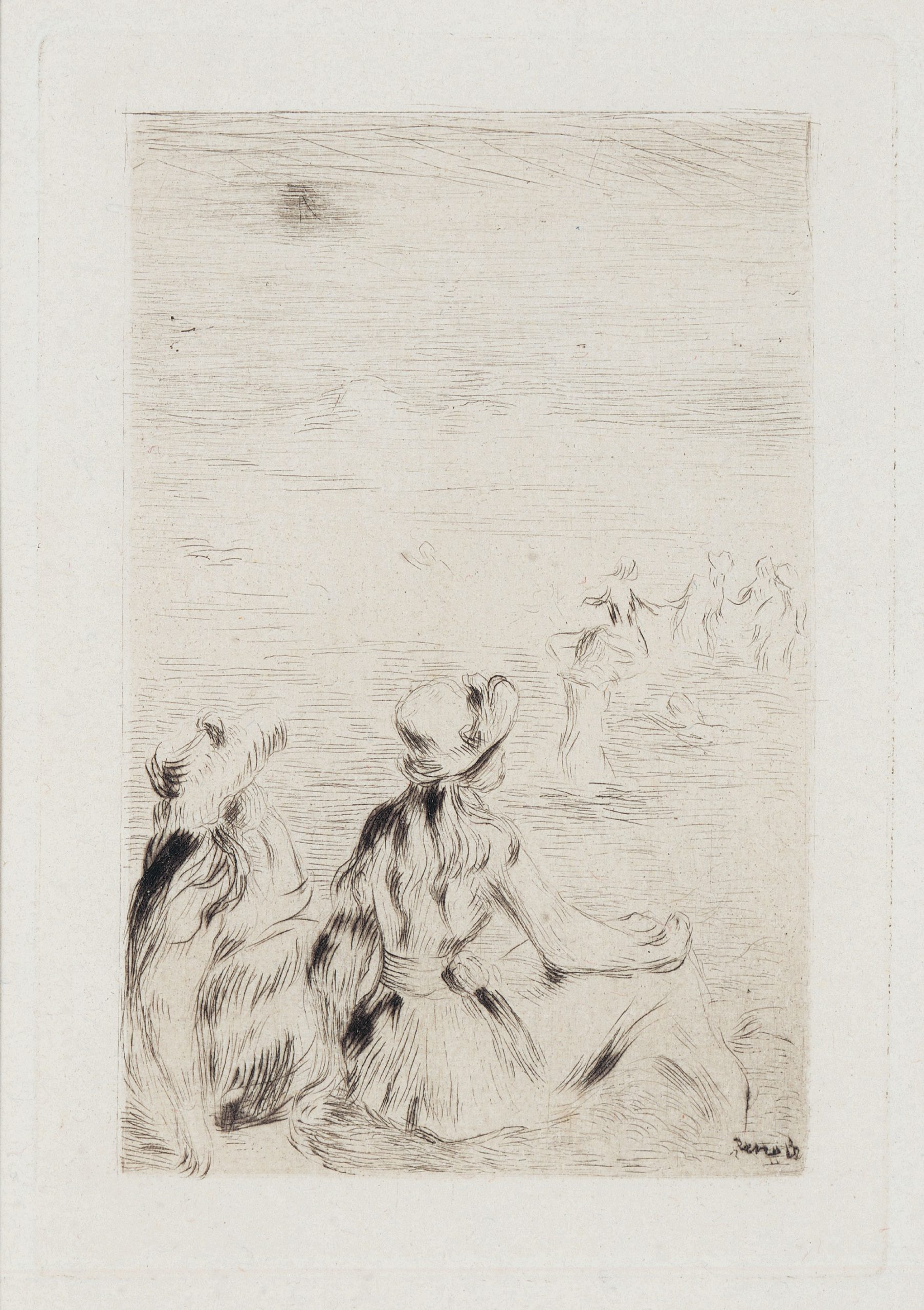 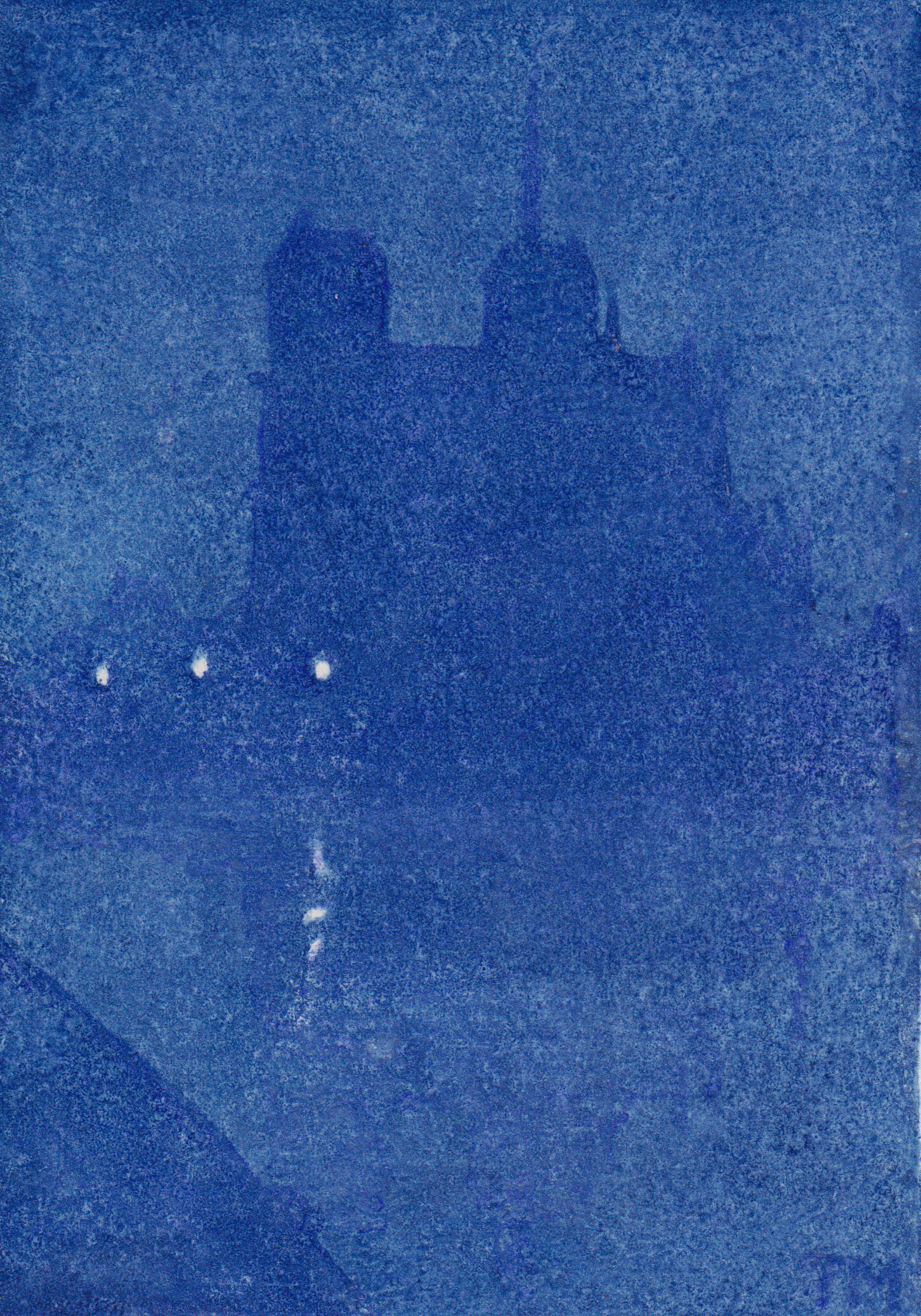 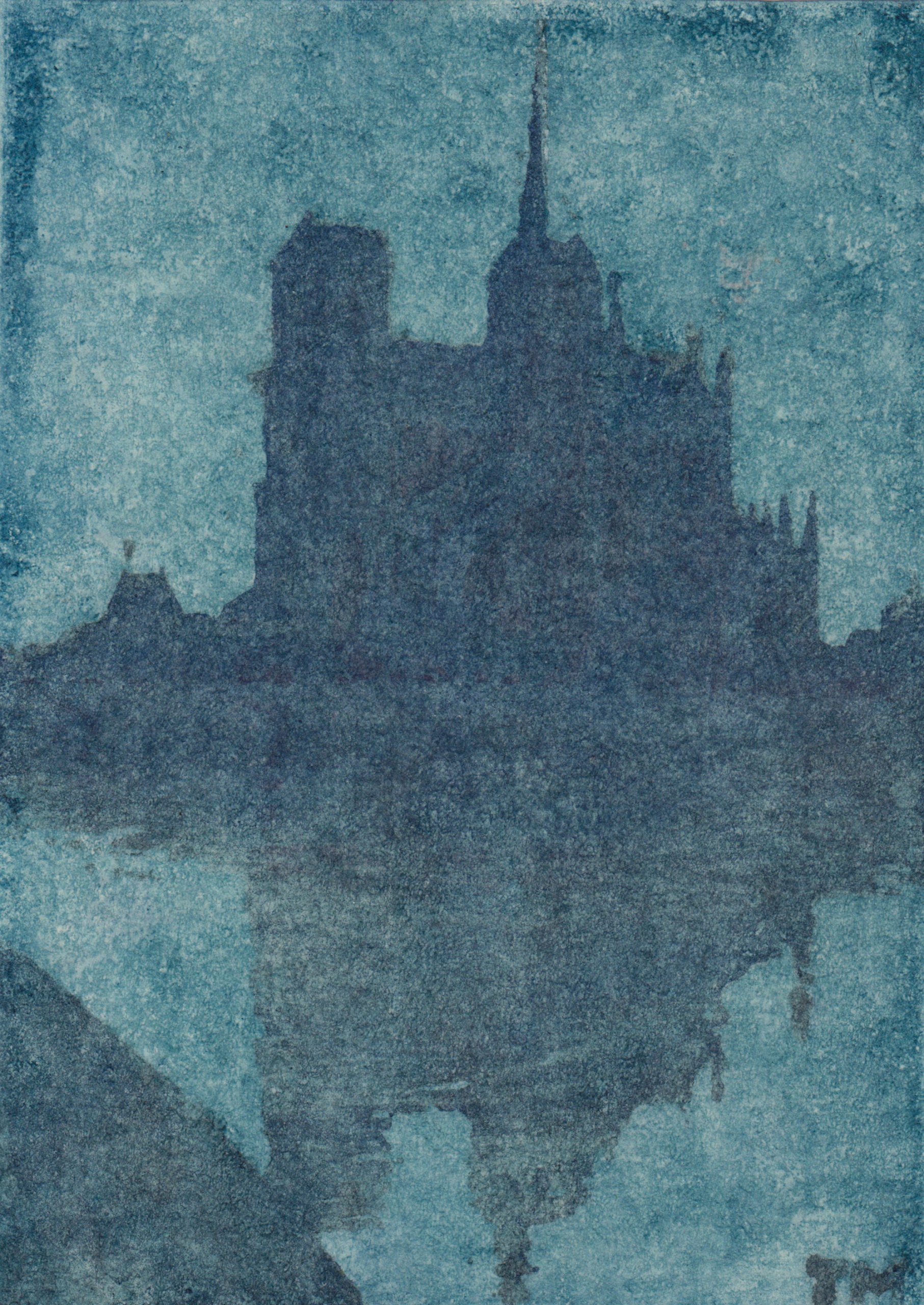 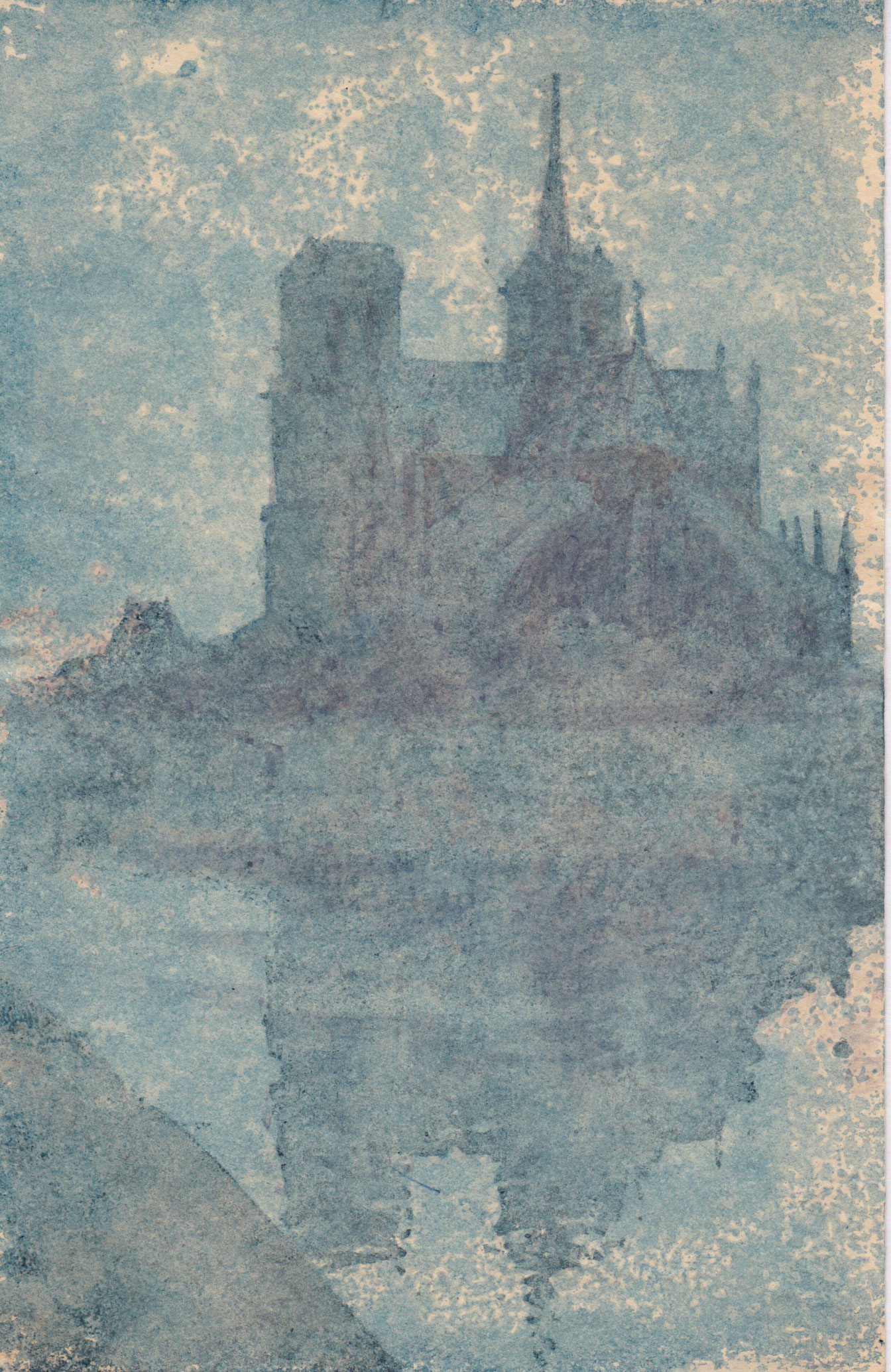 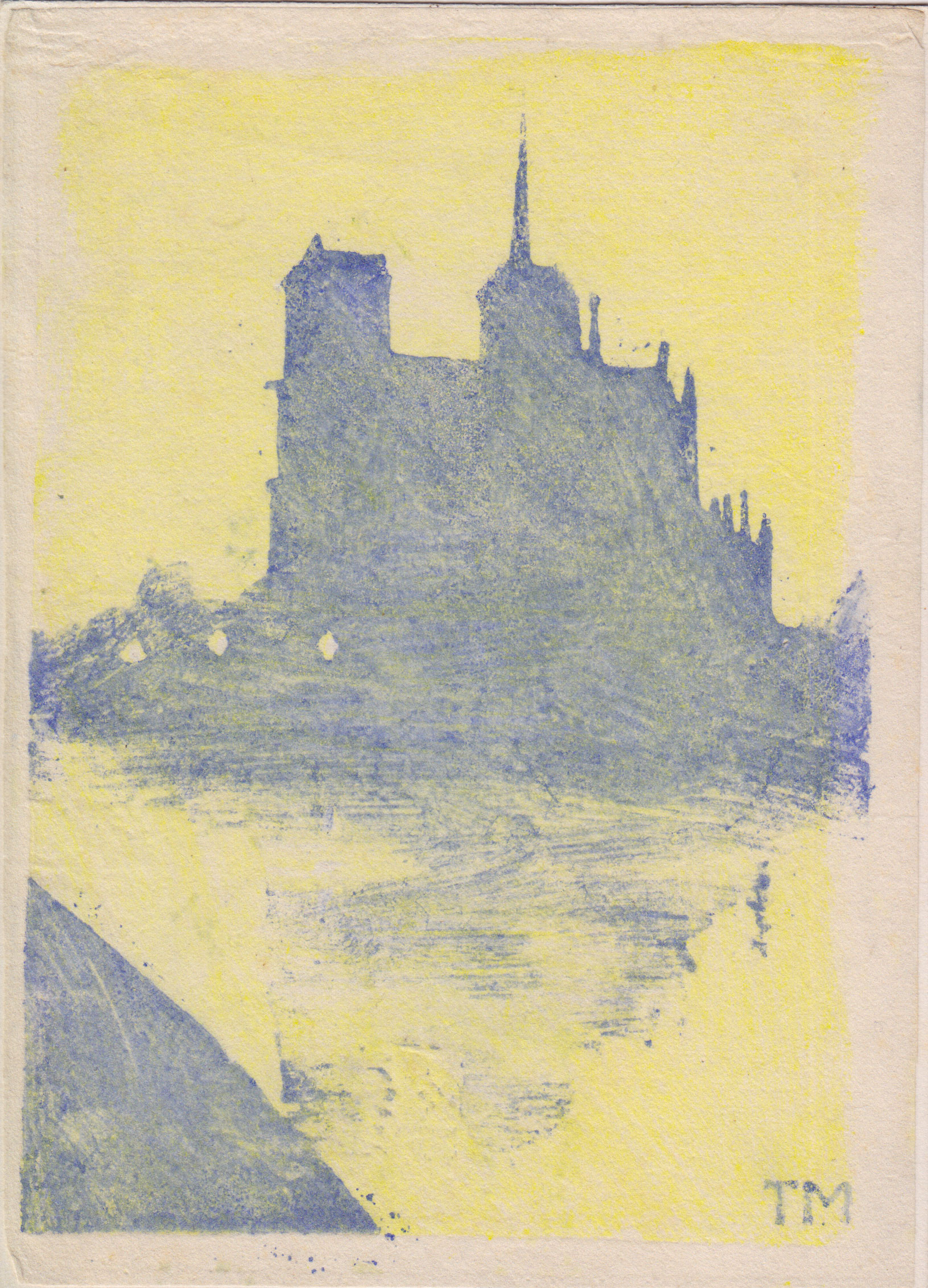 In this series of woodblock prints, which depict the medieval Notre Dame Cathedral in Paris accompanied by its reflection in the Seine, Thomas Buford Meteyard modifies hues to suggest different times of day. Varying the saturation of his pigments to convey night as opposed to twilight, the artist translated Notre Dame with different colors, or what a critic described as “nature’s alchemy of light.” This reviewer also stated that, though Meteyard’s prints repeated the same perspective of the cathedral, his variety of textures conveys the momentary quality and “freshness of feeling” of impressionism. In contrast, Japanese printmakers used fully saturated colors and outlines within their compositions.

Impressionist artists embraced this medium to express vibrant ephemeral qualities in images that could circulate widely. Bright color and gestural marks communicate the impressionist theme of immediacy. In its large scale and affordability targeting a wider market, this color lithograph by Pierre-Auguste Renoir depicts Berthe Morisot’s daughter Julie pinning flowers on her cousin Paulette. The scene elevates a moment in time that would otherwise be thought of as an everyday and commonplace moment. Renoir highlights the beauty of ordinary everyday activities, a goal of other impressionist artists. 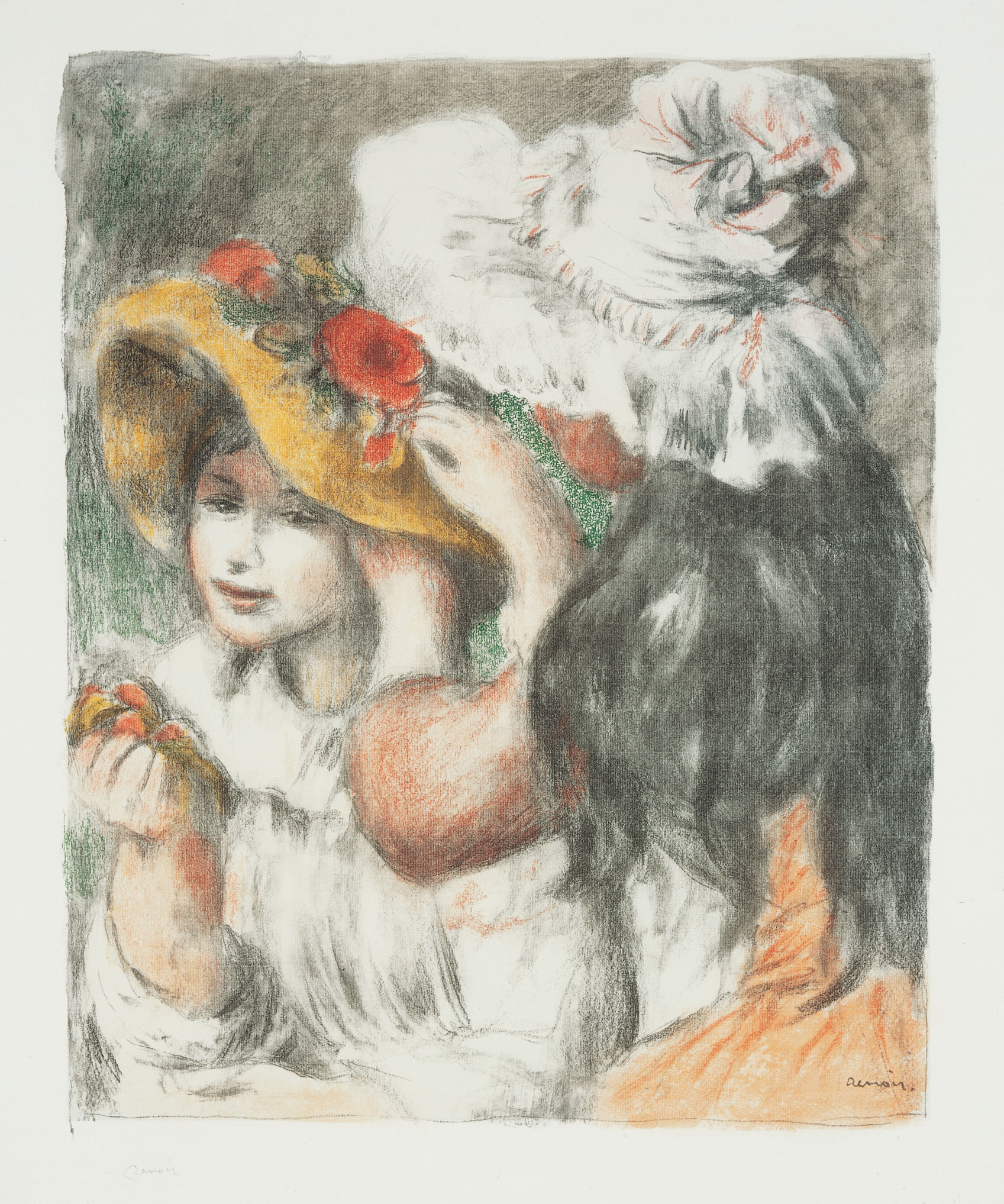 Echoing his Notre Dame prints, Meteyard and his friends in Scituate, Massachusetts produced these pages of a small magazine with a monochromatic image of the cathedral surrounded by diagonal lines implying the sunrise behind it. Courrier Innocent, produced irregularly between 1892 and 1897 in both Giverny and Scituate, contained poems accompanied by illustrations made by the artist, as well as others such as Dawson-Watson, who remembered making the prints with only jackknives and wood. Since his first visit to Paris in 1888 as an art student, Meteyard often spotlighted Notre Dame in his compositions. 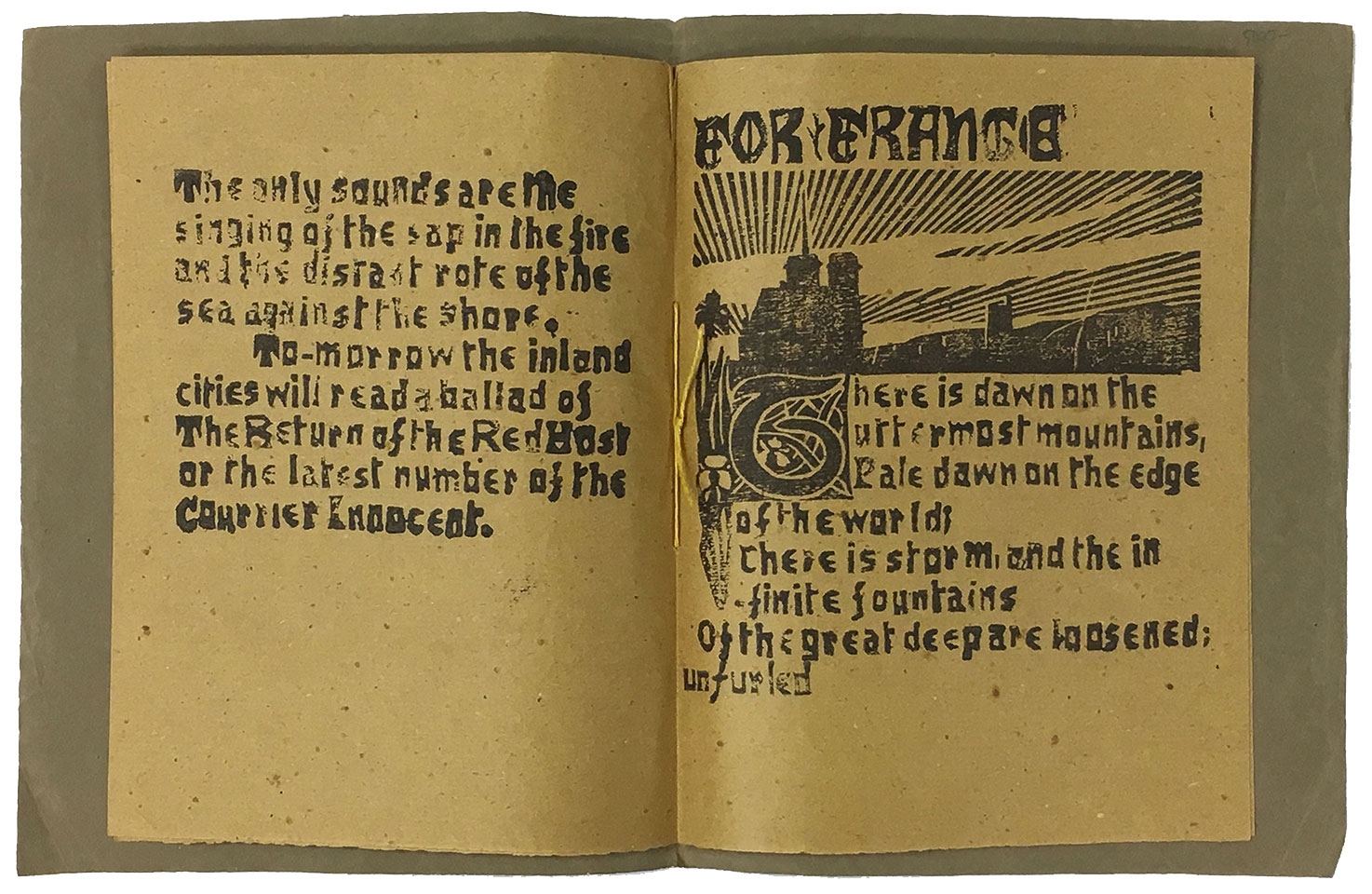