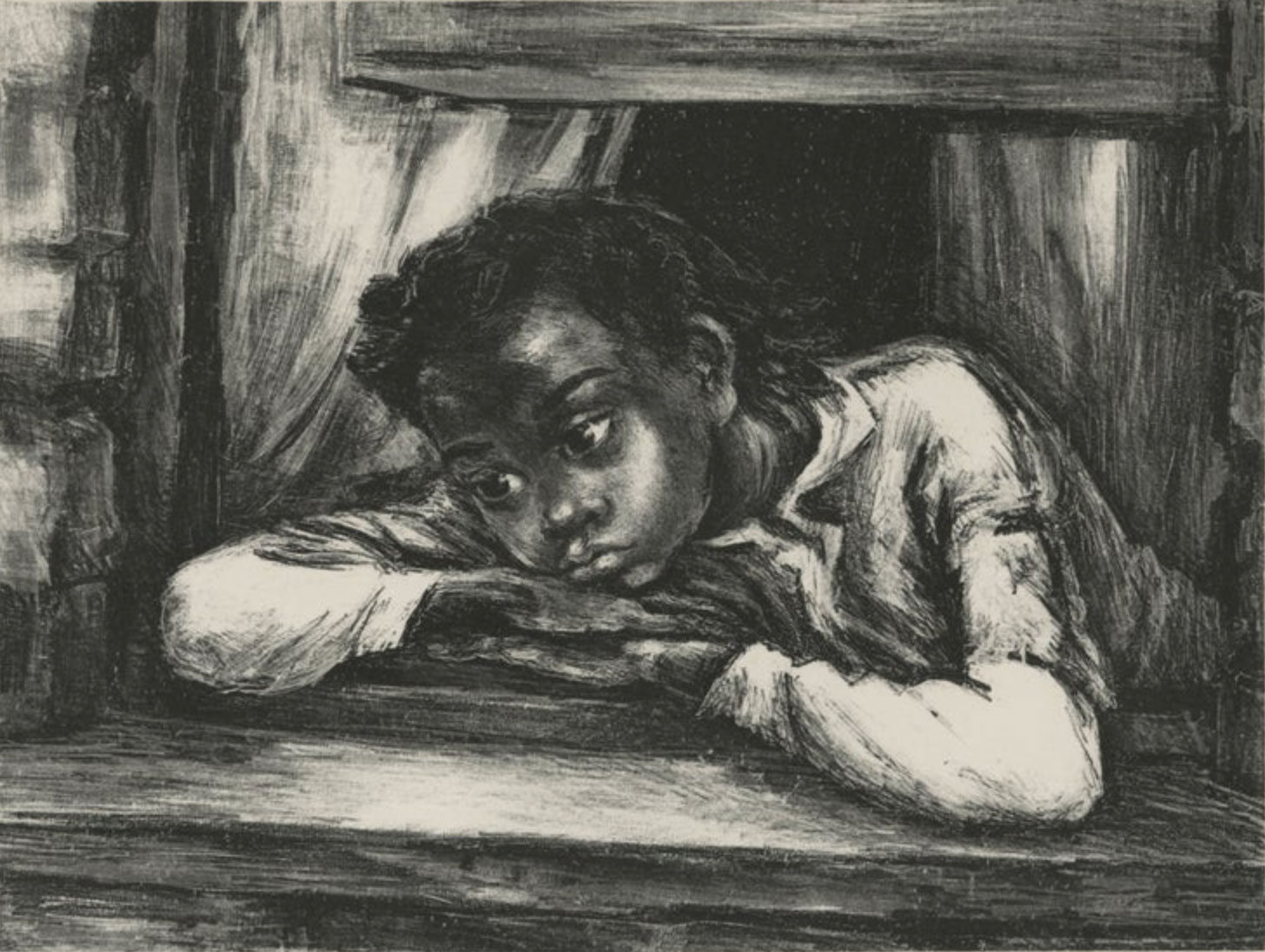 Marion Greenwood, a social realist artist who worked in various mediums, is best known for her murals and work in Mexico.

Ever breaking barriers, she was the first woman to receive a mural commission from a foreign government and was one of two women selected as an artist war correspondent during World War II. Greenwood transferred her “terrific love for human beings and people” into becoming a painter of people focused upon their diversity. She won the Lithography Prize from John Herron Art Institute.

In Greenwood’s lithograph “Waiting,” a young African American girl leans out of a window. Her head rests on her stacked hands. How do you think she feels based on her posture and gaze? What is she thinking?

”I find that years later after the sieve of time takes place, you really know more about what you want to say personally.