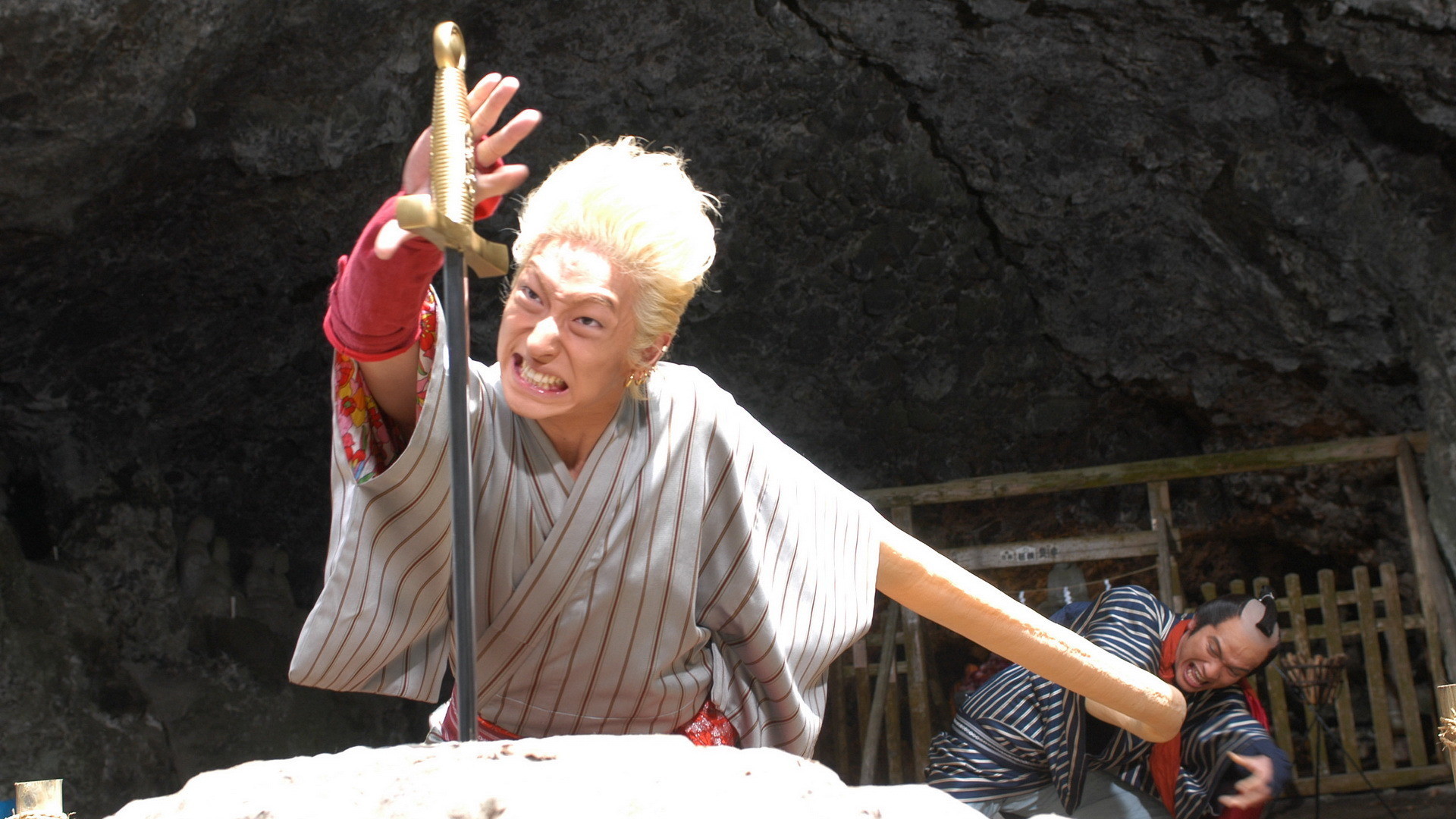 You can see “Yaji and Kita: The Midnight Pilgrims” on Thursday, October 29 at 4 p.m. in the auditorium. Admission is free, advance ticket reservation is encouraged. Reserve your tickets.

Ryan Cook of Emory University’s Film and Media Studies will introduce the film and guide discussion.

Kankur? Kud?’s “Yaji and Kita: The Midnight Pilgrims” tells the story of two gay Samurai lovers, Yaji-San and Kita-San, as they set out on a quest in search of redemption and healing. Yaji is the sober if childish hero who, although married, leaves his city behind to travel along the Tokaido Road to save Kita. The plot’s genesis revolves around their pilgrimage to the Ise Sanctuary in order to cure Kita of his rampant drug addiction. The tensions of the fantasy and absurdity are summed up in a statement made early on in the film as Kita questions the world around him: “I can’t make heads or tails of reality.” While it sets itself up as a period film, the feel is quickly fractured by motorbikes, musical numbers like “Born to be Gay,” and a surreal video game dream-like sequence that leaves us faced with the same questions that haunt Kita. The turning point is a mysterious postcard from the Shrine that is more advertisement than letter with the slogan, “Reality is Here.” This interjects the first punch of color into the movie and eventually sets the film’s world ablaze with bright and rich colors (and a certain strangeness that wars against “reality” until the credits roll).

Loosely based on “T?kaid?ch? Hizakurige,” a picaresque comic novel published in twelve parts between 1802 and 1822, and a kitchen sink of popular culture references, there is much that feels lost in translation. But if the first half of the film is meant to leave us asking “why?” (and indeed, half way through the film a character echoes these sentiments by stating, “I’m lost”) the second half determines to find us again with answers of humor, escape, and compassion.