Paintings Inspired by “Pictures at an Exhibition” to Accompany Performance

By Communications and MarketingMay 14, 2014Music 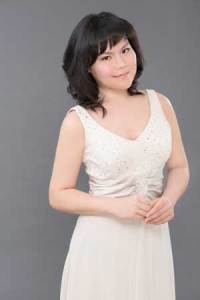 On May 15, pianist Tzu-yi Chen returns for a free concert from noon to 1:00 PM. Along with other music, this will include an encore of Modest Mussorgsky’s Pictures at an Exhibition in the auditorium. The performance of Pictures will feature projections of paintings by Manuel Díaz, who was inspired by the music. The concert is being sponsored by Amy Jensen.

During his decades-long career as a concert violist, Manuel Díaz has played Maurice Ravel’s orchestra version of Russian composer Modest Mussorgsky’sPictures at an Exhibition many times. Mussorgsky composed the multi-movement piece for solo piano in 1874 under the inspiration of the paintings of Viktor Hartmann.

Originally from Spain, Díaz’s family moved to Chile where he grew up and eventually earned an undergraduate degree in mechanical engineering, then a masters degree in music. In 1966, he came to the US to study music at Indiana University on a Fulbright Scholarship, then returned to Chile to work and live until Robert Shaw brought him into the Atlanta Symphony in 1973. Eventually, he joined the music faculty at Columbus State University.

“I’ve performed this many, many times” -Manuel Díaz

Years ago, Díaz asked his conductor why Hartmann’s paintings were never used in conjunction with the orchestra’s performance of Pictures. Aside from the fact that many of the paintings are lost, Díaz said his conductor told him they were terrible. They are not. Later in life, himself inspired by years of performing the piece, Díaz took it upon himself to create his own set of paintings.

Díaz had dabbled in drawing, and possessed those skills as an engineer, but it wasn’t until after he retired that he began taking painting lessons in 2011. Now, three years later, he says he has over 200 paintings. He told me that his set for Pictures was first projected along with a performance of Mussorgsky’s original version for solo piano at the Amelia Island Chamber Music Festival.

An Encore Performance Closes the Season

Thursday, pianist Tzu-yi Chen from Columbus, Georgia, will repeat that experience in the auditorium, with Díaz’s art being projected on the screen. She played Pictures for the series in April in the Grand Gallery, and I was moved to tears. I can’t guarantee that for every listener, but Tzu-yi has never disappointed. She is a truly amazing pianist. We are deeply fortunate to have her in our extended community.

This will be the last A Little Lunch Music performance until fall 2014. Concerts resume September 3, 2014 at Noon. Thanks to all who make this program a part of their Thursday and for supporting the Museum Café . The Museum Café  will remain open all summer with the exception of July 1-4, 2014 from 11 am to 2 pm on Tuesday-Friday and Thursdays from 5 to 8 pm.

JCSM is greatful to our supporters who make it possible to offer free programs like A Little Lunch Music. If you share our passion for transformative art experiences, we would like to hear from you!

A musician himself, Patrick McCurry coordinates A Little Lunch Music and occasionally performs for it. He can also be heard performing with Cullars Improvisational Rotation on Thursday nights at the museum from 6 to 8 pm. He blogs about the arts in our community.