Photography on Film: “Flags of Our Fathers” Screens Feb. 4 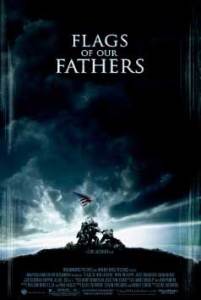 Anyone who has seen the U.S. Marine Corps War Memorial in Washington DC, is familiar with the awe-inspiring and breathtaking beauty and solemnity of the monument. The monument, dedicated to all members of the Marine Corps who have died in defense of our country, portrays six men raising a flag. The inspiration for the monument came from a photograph taken by Associated Press photographer Joe Rosenthal on Iwo Jima during World War II. The photograph captured the precise moment the flag was being raised and, once released in the United States, became an instantaneous hit and was used by the government in bond sales.

The film Flags of Our Fathers (2006), which is being screened on February 4 at 6:00 pm, is the second in the “FILM@JCSM: Photography on Film” series and tells the story of the six men who raised the flag – from their ordeal on the beaches of Iwo Jima to their tour of the U.S. The photograph became a morale booster, and the surviving three men were sent around the United States to make speeches and raise money for the war effort. The film tells the background story of the men in the photographs – from their trials on the beaches of Iwo Jima to the impact the photograph had on their lives.

Introducing the film will be associate professor of History, Mark Sheftall who specializes in World Military History and wars of the twentieth century. If you’ve never seen the film, and even if you have, come out on February 4 and share in the incredible journey of the six men forever immortalized in one small photograph.

“FILM@JCSM” stands for “fostering interdisciplinary learning through movies.” The series is programmed in conjunction with photography exhibitions this semester, including Shared Vision: The Sondra Gilman and Celso Gonzalez-Falla Collection of Photography through April 27.

Admission is free courtesy of JCSM Business Partners. Auditorium seating is limited, so advance registration is encouraged via the museum’s web site by clicking below.