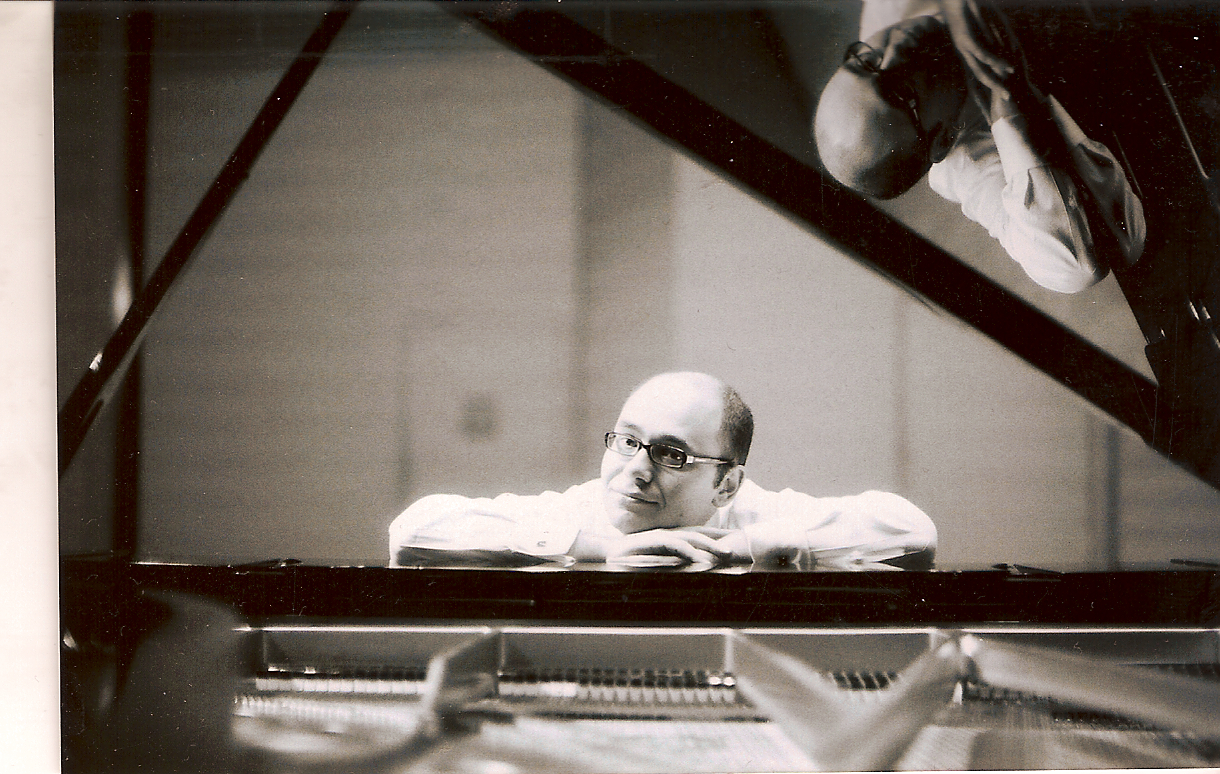 On Thursday, March 23 from noon to 1:00 pm, the series will present a free concert in the Auditorium by pianist Vadim Serebryany. The concert will feature Ludwig van Beethoven’s “Hammerklavier” Sonata (Op. 106) and music by Béla Bartók.A gift by anonymous friends of the series is helping to make this concert possible.Serebryany will open Thursday’s program with a short, four-movement suite by the Hungarian composer Béla Bartók. Typical of Bartók’s work, the piece draws its influence from the folk music of Eastern Europe.But Bartok is only a warm up. The main event will be Beethoven’s famous Sonata in B-flat, Op. 106. “It’s just really notoriously hard for the pianist,” he said. At 40 minutes long, he added that it can even take some work from the listener.

Serebryany described the sonata, nicknamed “Hammerklavier,” as extremely complex, dense music. For instance, it includes a fugue section that he described as “relentlessly, densely contrapuntal all the way through for ten minutes.” And he said its slow movement is easily Beethoven’s longest, outside of the string quartets he wrote during the same later period of his life.“His late music is unique as far as how deeply personal it is,” said Serebryany of Beethoven’s last ten years or so of compositions. “It’s not unfair to say that they are all uniquely strange pieces of music,” he added.Beethoven is often painted as a tortured person. Some connect his complex and intense music with the struggles of his life. But Serebryany doesn’t see it that way.Serebryany acknowledges Beethoven’s troubled life, especially during the last years. In addition to the composer’s famous loss of hearing which forced him to stop performing, Serebryany noted the extreme toll taken on him by turn-of-the-century European politics.Beethoven took much hope for mankind from what was happening in France after its revolution, said Serebryany. He said the composer was a great believer in the steps Napoleon was taking, moving forward in the new democracy of the French Republic. But when Napoleon declared himself Emperor in 1804, Serebryany said Beethoven was crushed.The subsequent Napoleonic Wars that included two campaigns through Austria put further stress on Beethoven, said Serebryany. Though a proponent of universal brotherhood, the composer’s closest friends were in the Viennese aristocracy. The wars forced them to flee the country.Despite all of this, Serebryany sees Beethoven’s art as less affected by his troubles and more by his artistic temperament. Unlike Beethoven’s contemporary, composer Richard Strauss, who wrote his waltzes in his signature way until the end, Beethoven was always looking for solutions to musical problems, said Serebryany.“He was the epitome of the idea of never being satisfied,” said Serebryany. “He pushed the boundaries of the harmony he inherited.”In fact, the “Hammerklavier” sonata was the first piece Beethoven wrote after a ten-year period of producing nothing. Serebryany said Beethoven felt he had nowhere to go, so didn’t see any reason to write anything at all.But even if Beethoven’s work, and especially his later work, seems at times dark and brooding, Serebryany said there is evidence of hope. He referenced Beethoven’s Ninth Symphony setting of Friedrich Schiller’s poem, “Ode to Joy,” as evidence of the composer’s persistent faith in people’s ability to come together for the sake of a better world.Serebryany said Beethoven’s life and music support the idea that all was not gloomy for the composer. “Beethoven ultimately doesn’t have a pessimistic worldview,” he said, adding that there are always glimpses of Paradise, even in the intense and complex “Hammerklavier.”

Serebryany has performed in Europe, South America, Australia and throughout the US, Canada and Japan. He has been a guest soloist with the National Arts Center Orchestra, The Kingston Symphony, the Osaka Century Orchestra, and the Montgomery Symphony Orchestra.
In 2005, Serebryany founded Trio+ with violinst Yosuke Kawasaki and cellist Wolfram Koessel. The trio has performed to critical acclaim throughout North America and Japan.
Serebryany is a graduate of the Royal Conservatory of Music of Toronto, the Juilliard School and Yale University. From 2008 to 2016, he was professor of music at Huntingdon College in Montgomery, and in 2015 was named Huntingdon’s first ever Belcher-Cheek Artist in Residence. He joined the piano faculty at the Ithaca College School of Music in 2016.