This quilt (1974-2017) sized 104″x104″ represents perseverance. First conceived in thumbnail sketches with details, it was to celebrate the 1976 American Bicentennial. In the early 1980s, the state flag outer border was begun but was lost. In the late 1980s, the war and peace (eagle and dove) inner border was done.

The quilt was on hold until 2013 when a new quilt center–the triumph of the eagle over the turkey as the national bird–was designed. Four triangular corner motifs used the original gridded (“digitized”) colonial designs from 1974 and the state flags became the modern two-letter abbreviations. Traditional and contemporary elements represent my determination to finish still viable projects from my earlier art life. 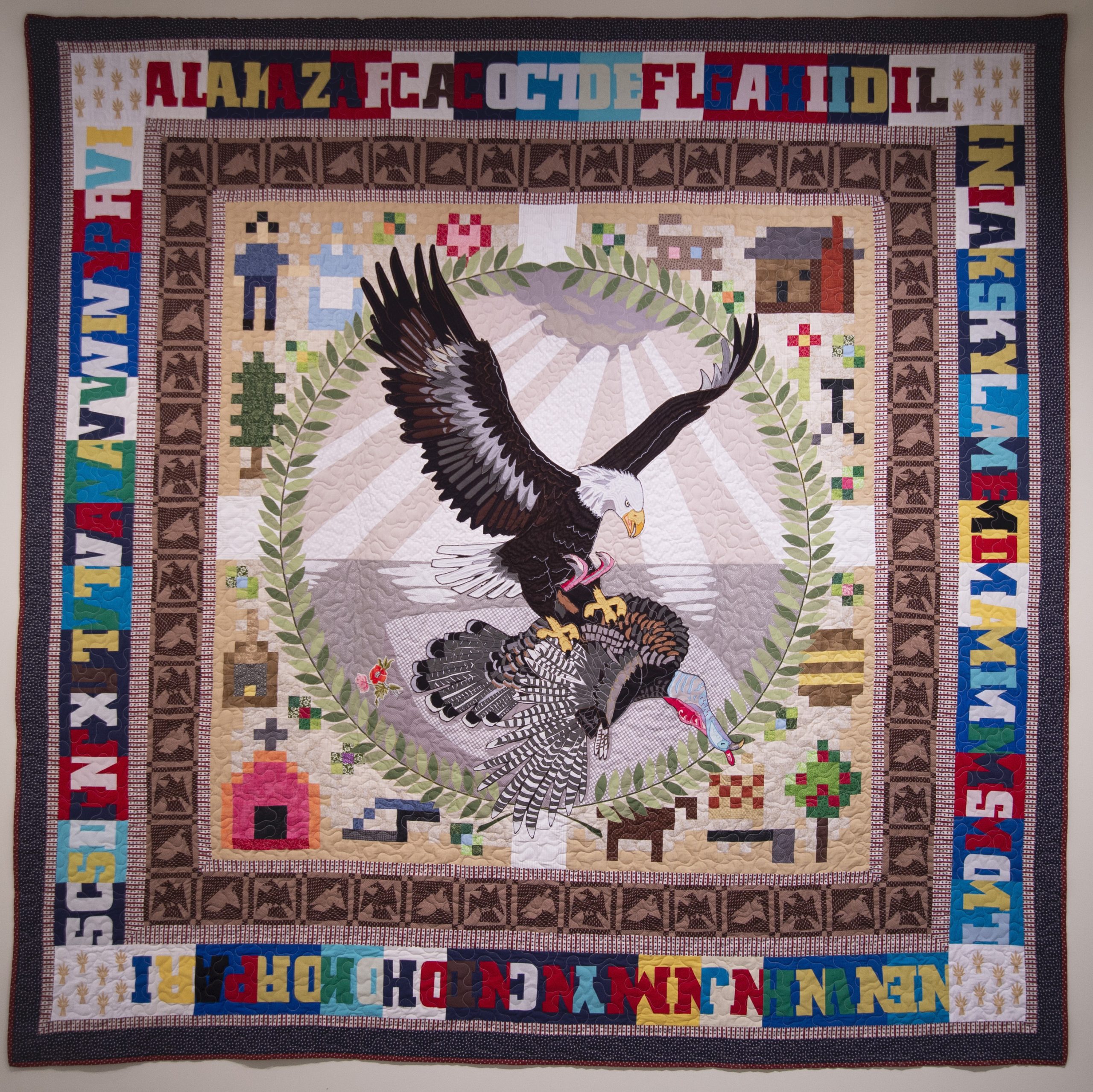