By Communications and MarketingFebruary 28, 2017 Music, Performances 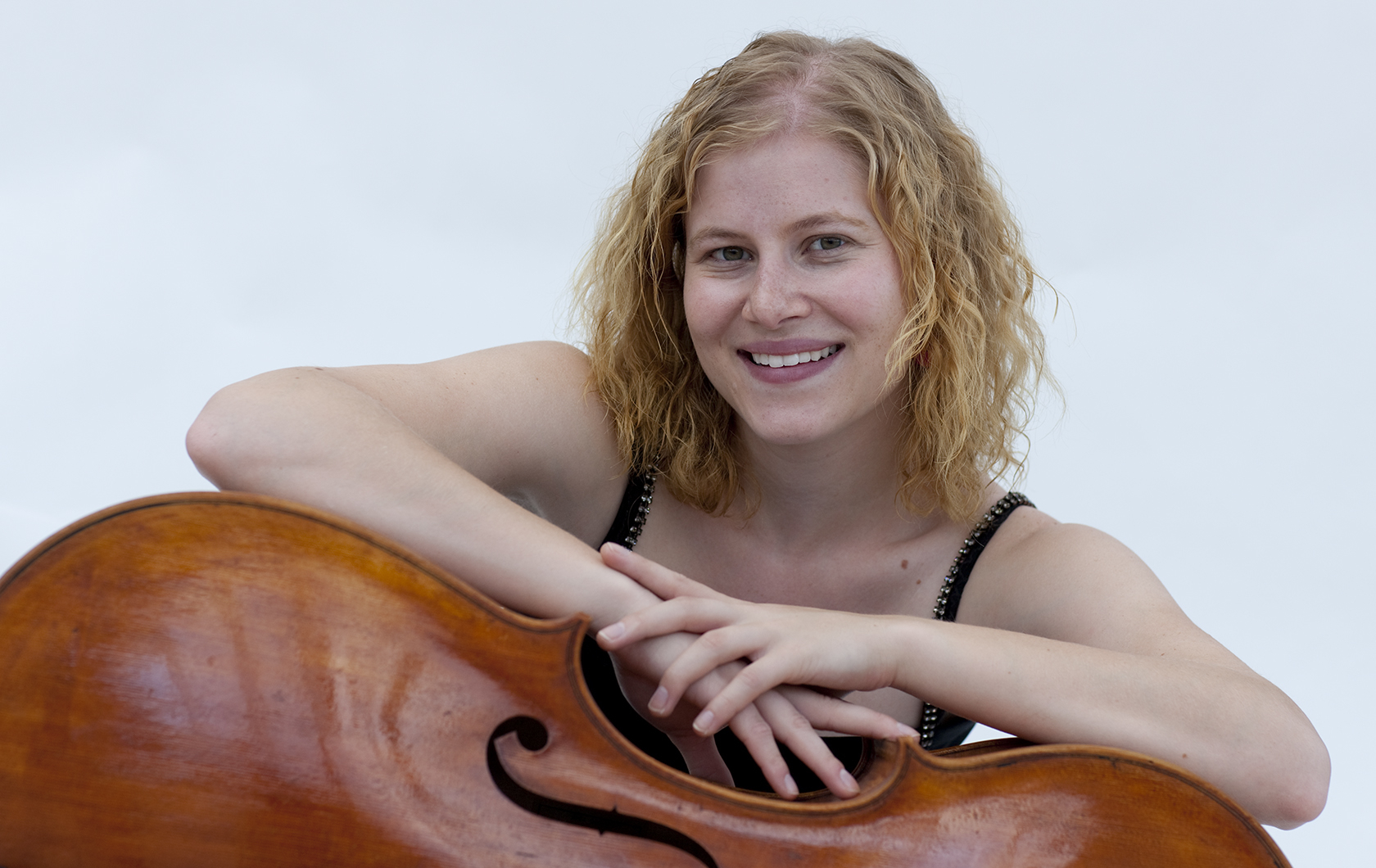 On March 2 from noon to 1:00 pm, the series will present a free concert in the Grand Gallery by cellist Laura Usiskin. The concert will feature Johann Sebastian Bach’s third cello suite and two pieces commissioned by the performer to complement it.
A gift from Bill and Josie Walsh has helped to make this concert possible.
Composer Peter Susser is on faculty at Columbia University, and was there when Usiskin was earning her undergraduate degree. Composer Patrick Greene wrote “abstractEXTRACTION” a chamber piece Usiskin once played and really liked. Johann Sebastian Bach is arguably the most famous composer in all of western music. Now, the three composers have Usiskin in common.

Motivated by the desire to bring about more music for solo cello, Usiskin contacted Susser and Greene to commission a new piece from each of them. She asked them to use Bach’s third cello suite as inspiration, with the intent to use the new works as companion pieces to the suite. “I wanted to make a cohesive program,” said Usiskin.
Usiskin said it was really interesting how the two new composers were inspired by Bach’s music in similar ways. She said they both used ostinato, which is a note or short sequence of notes that is repeated while harmonic and melodic material change around it.
Also like Bach, Usiskin said the new composers used repeated rhythmic ideas and changed their rhythms, often suggesting a different basic pulse, or meter, from what came before. She said since the new pieces are modern concert pieces, the composers took more liberties with rhythm than Bach did. Bach’s suites were Baroque dance pieces, and so required a more consistent meter for people to dance to.
Usiskin said Susser somewhat paired his six short movements with the six dances in Bach’s third suite. The new composer pays homage in his own Prelude to the famous Prelude from Bach’s first cello suite. Greene’s four movements were less connected to the original structure of Bach’s suites.
Usiskin said she has recently recorded Bach’s third suite and will do the same with Susser and Greene’s pieces as part of a new CD to be released by the end of summer.
A regular performer for A Little Lunch Music since 2010, Usiskin has performed throughout North America and Europe in such venues as Alice Tully Hall, Weill Hall, Palazzo Chigi Saracini, Barge Music, and many others. Recent performances include concertos with the Montgomery Symphony Orchestra and performances of the complete Bach Suites in Los Angeles and Connecticut. She has held orchestral positions with the New Haven Symphony, Jacksonville Symphony, and is currently Principal Cello of the Orchestra Iowa.
From 2011-2013, Usiskin served as Founder and Executive Director of the Montgomery Music Project, a program that provides intensive string-music instruction to underserved children in Montgomery. Based in Birmingham, She is on faculty at the University of Alabama-Birmingham, Birmingham Southern College, and STEP Birmingham. She received her Bachelor of Arts in Neuroscience and Behavior from Columbia University, Master of Music from The Juilliard School, and Doctor of Musical Arts from the Yale School of Music.