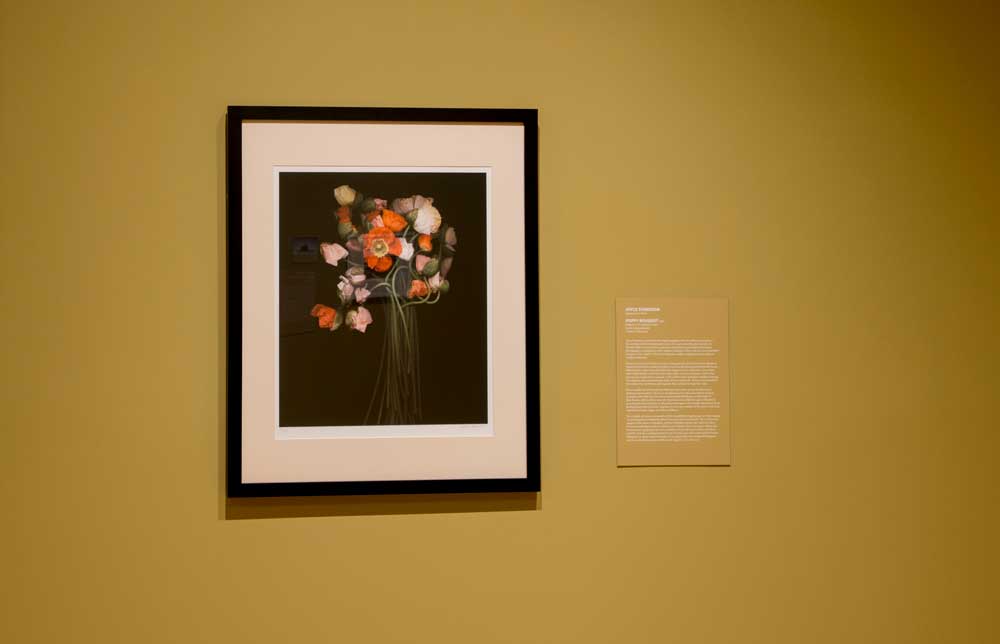 Joyce Tenneson is an award-winning photographer who has authored more than a dozen books of her work during the course of a career exceeding four decades. In the late 1990s, American Photo ranked her among the ten most influential women photographers in the history of the medium. Examples of her work have been published in Esquire, Time, and New York Times Magazine, and her original prints are collected widely by museums. 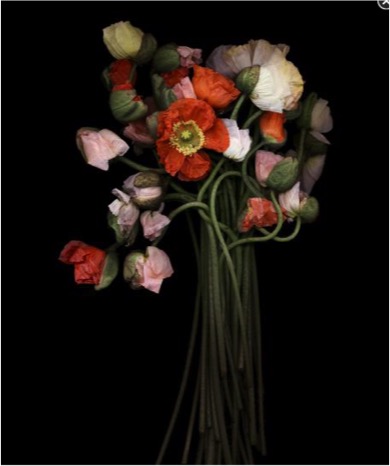 Tenneson’s portraits of women and men, young and old, posed and natural, attempt to reach beyond obvious studies of surface to uncover the inner person behind the façade. Reflecting the artist’s deep spirituality, her images resonate with both a sense of the sitter’s individuality and reveal some aspect of her own personal history. Both of her parents were employed at a convent, so she and her sister spent their childhood among this religious order participating in daily and seasonal rituals. Tenneson has noted it is that sense of the mysterious and enigmatic that continues to shape her work.

This is equally true of her portraits of flowers, where she captures the blossoms as “distinctive personalities” that are as exceptional and as alive as her human subjects. In images such as the one here, she has immortalized the flowers at the height of their beauty, while in others cases she documents a very different aspect of beauty by recording their inevitable decay. This ethereal bouquet with sensually intertwined stems floating against the mysterious emptiness is very representative of the artist’s work in its depiction of beauty, magic, and otherworldliness.

The symbolic references associated with the beautiful but fragile poppy are wide ranging. Ancient Egyptians included the plant at funerals and in burial tombs. The Greeks used poppies in the shrines of Demeter, goddess of fertility, but they also reference them in various mythological tales for their powers to induce sleep and repose. Almost one hundred years ago poppies became an emblem of remembrance for those who died in WWI. And who can forget in the Wizard of Oz the scene of Dorothy and her friends falling into an opiate-induced slumber in the poppy field as the Wicked Witch gazed into her crystal ball and repeated the word “poppies” over and over?