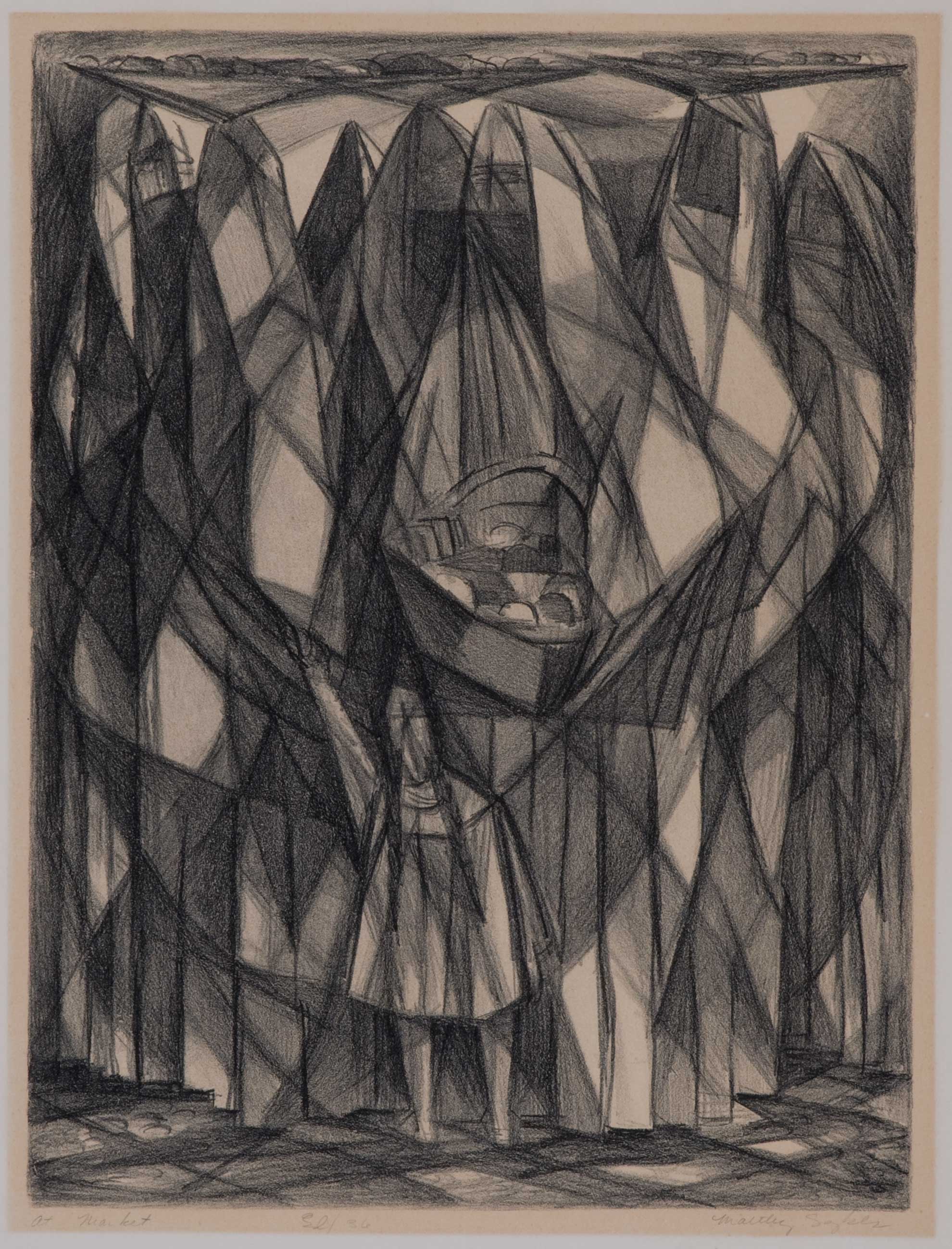 Maltby Sykes traveled to Mexico City in 1935–36 to assist Diego Rivera in mural production at the Hotel Reforma. He had been accepted as Rivera’s assistant due, in large part, to a letter of recommendation from his print publisher, George Miller of New York.

Like so many others, Sykes wished to be a part of, and learn from, the painting “renaissance” that was taking place in Mexico. He had previously spent time painting in Taxco and would return there in the late 1940s, the period in which these two lithographs were produced. Sykes was attracted to the hilly landscapes of Guanajuato, canals at Xochimilco, and city squares of both urban and rural settings, which he often rendered in faithful naturalism. He was also keenly interested in Cubism. Many of his paintings and prints, such as Organitos and At Market, reflect that modernist approach, fracturing natural forms and space into mosaic-like patterns. Sykes was a long-time professor of art at Auburn University and honored as Emeritus Professor in 1977. 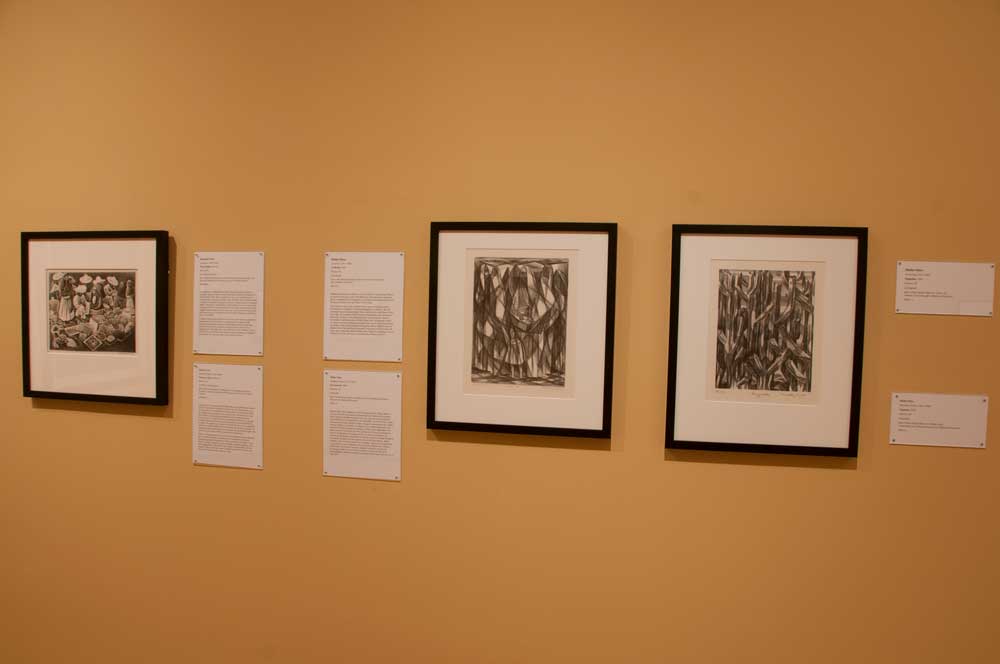