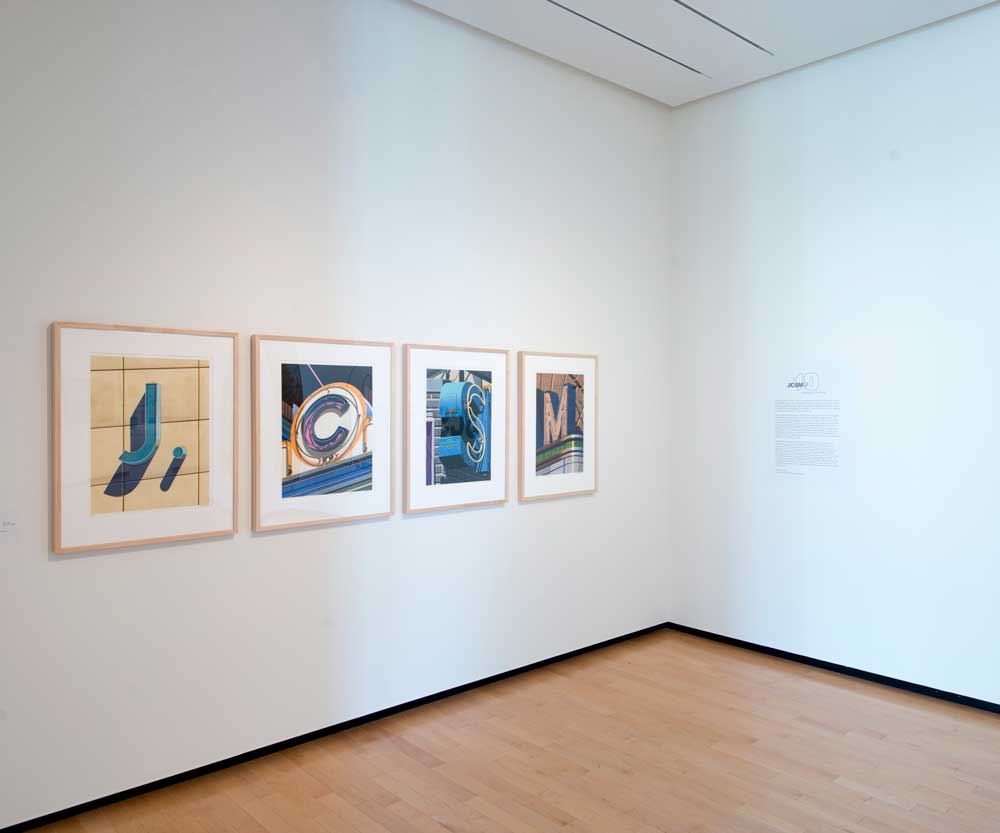 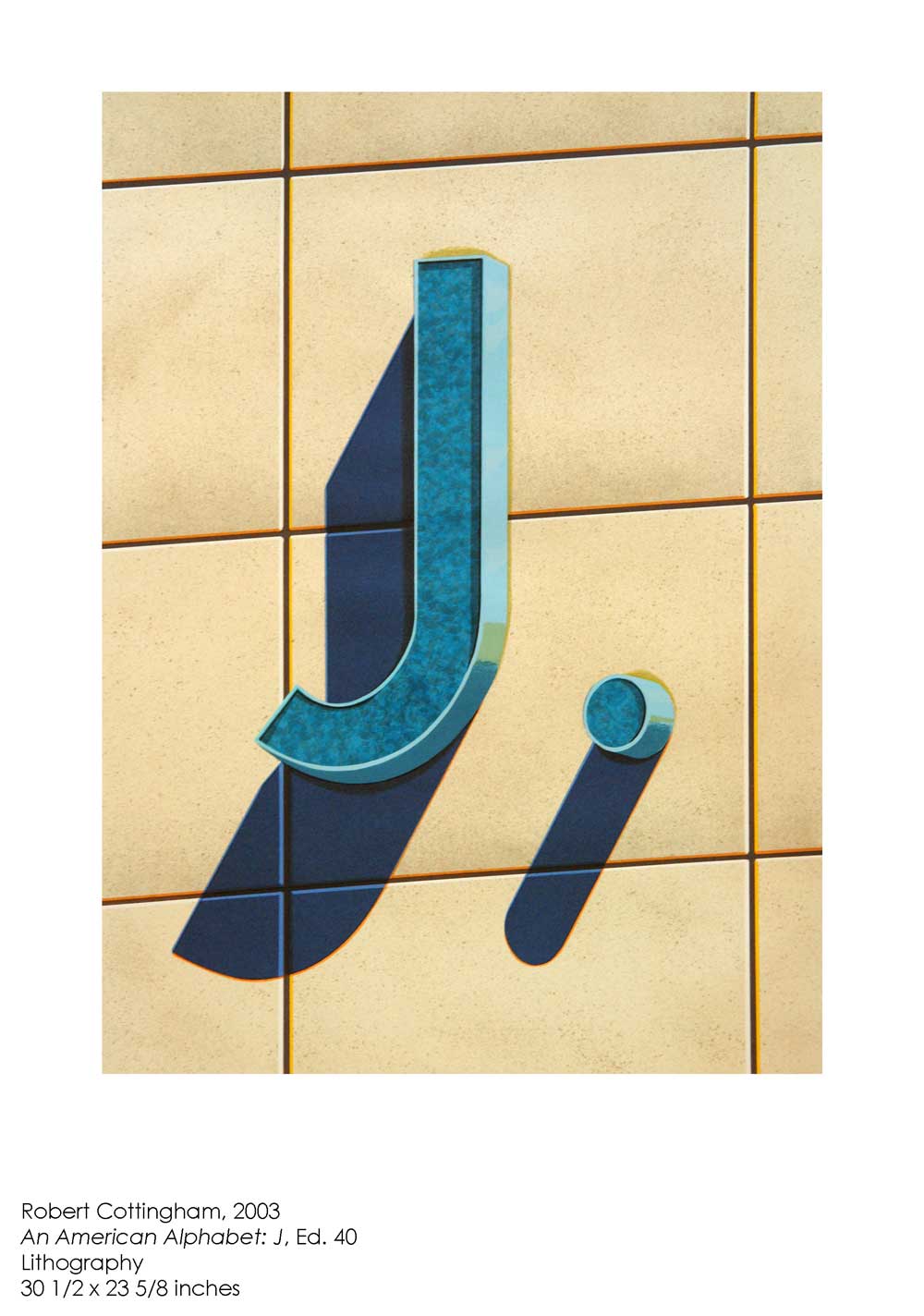 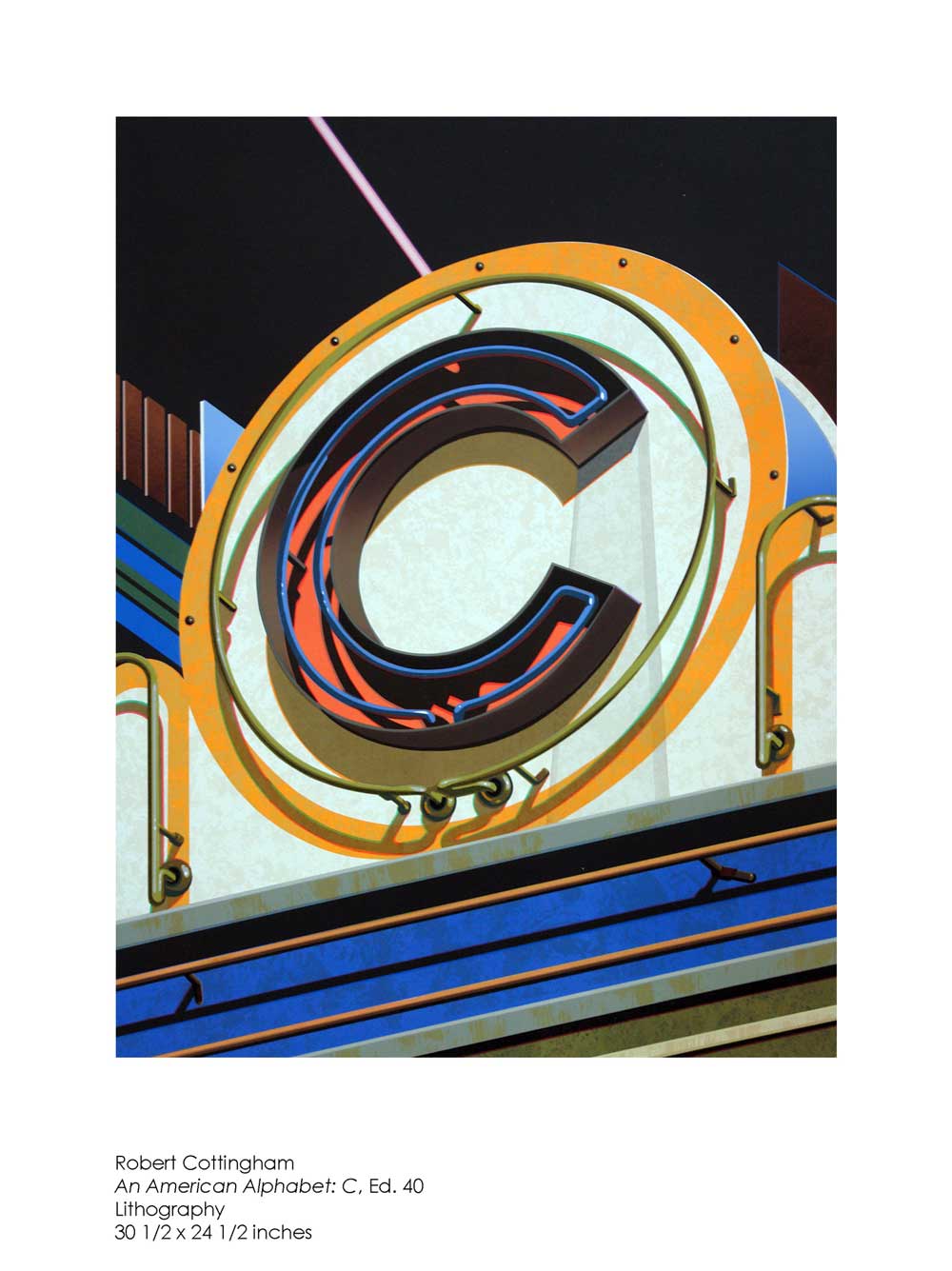 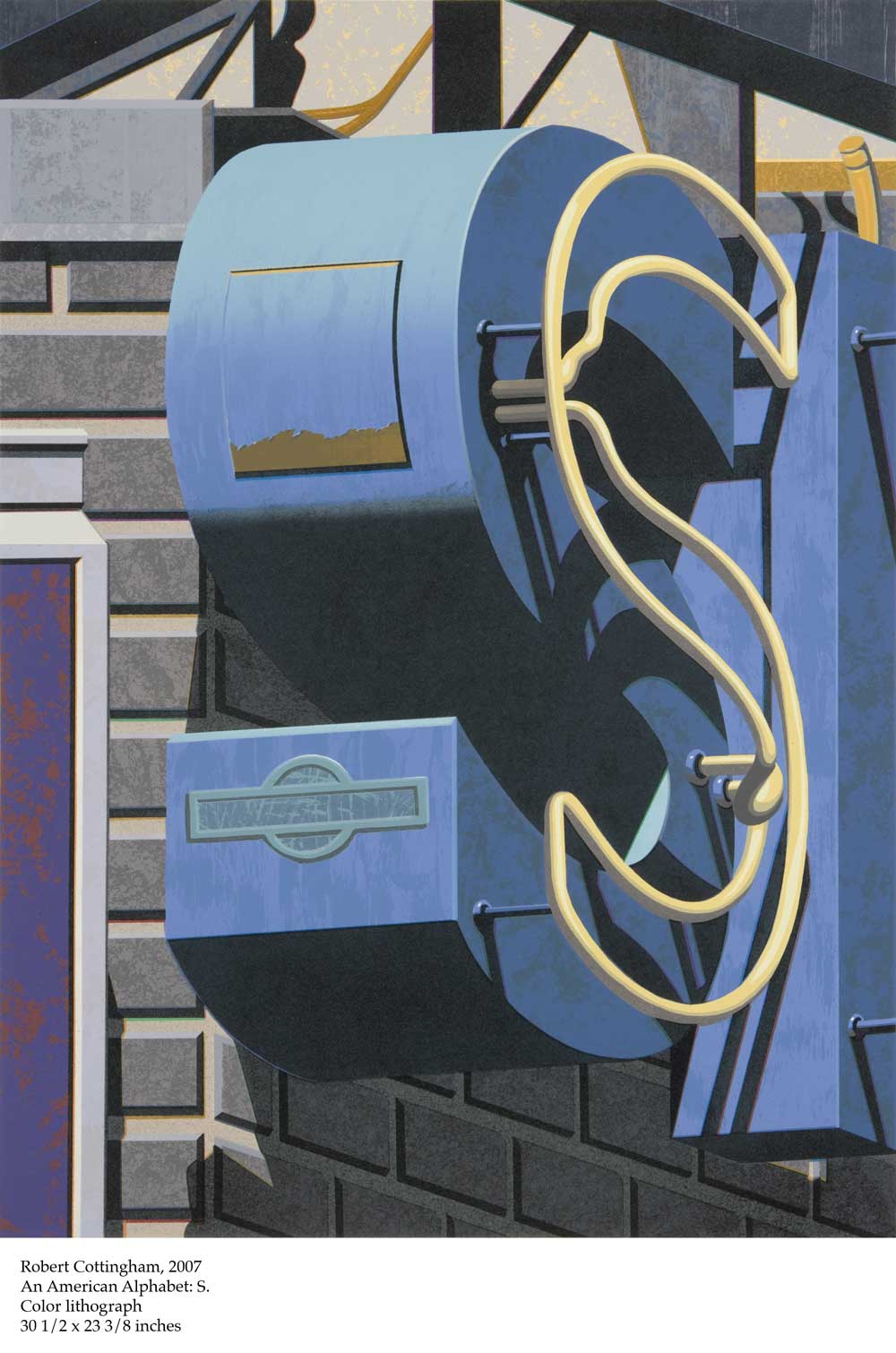 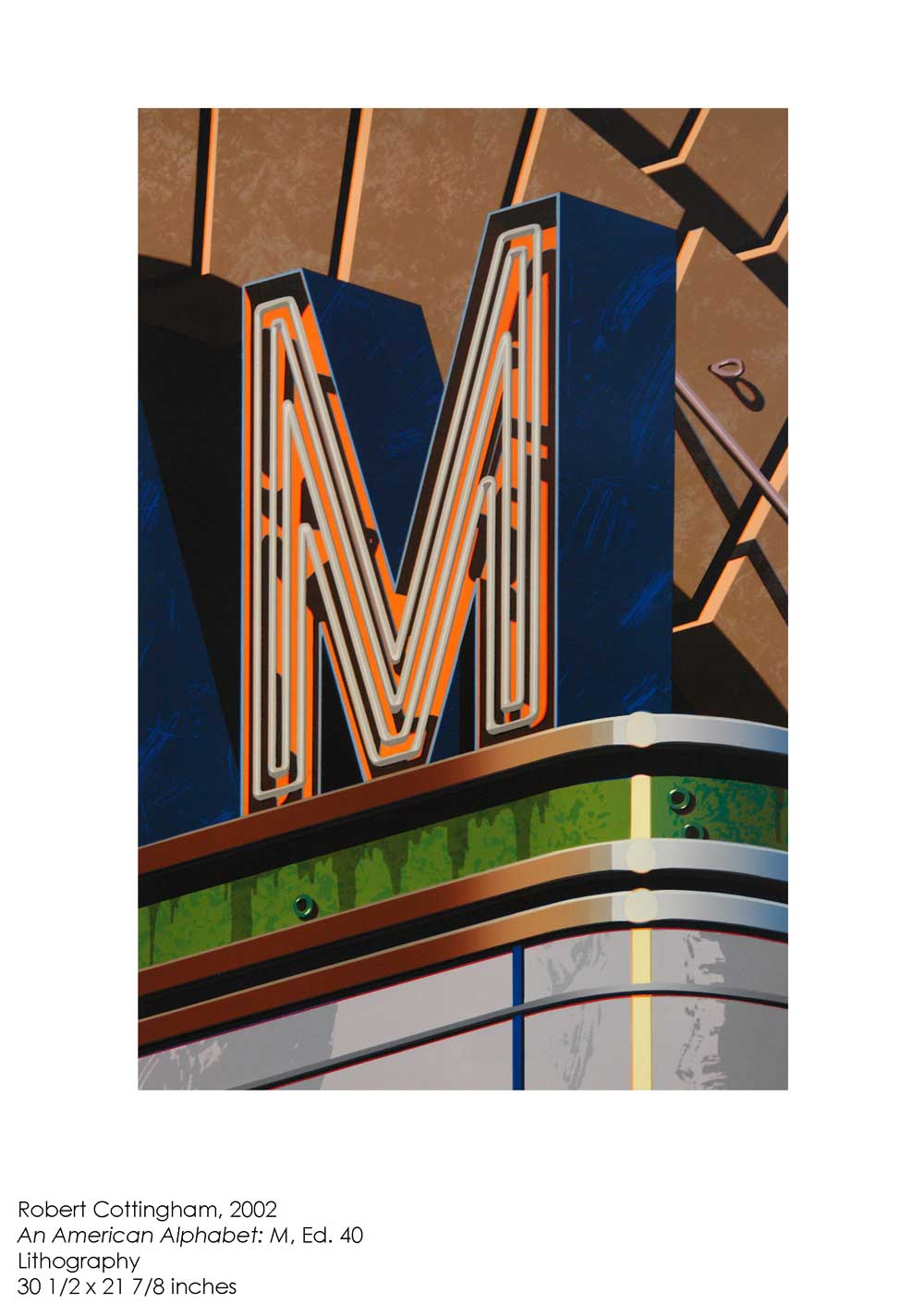 One of the most important painters to arise in the 1970s among a loose confederation of artists known as Photo-Realists, Robert Cottingham extends the rich tradition of American Realism in works that simultaneously evoke a sense of nostalgia for an era long past while operating on a cooler, and more formal, abstract level. His compelling art draws equal influences from the emotional cityscapes of John Sloan and Edward Hopper as from the geometric arrangements of Stuart Davis or Frank Stella.

After starting a career in advertising in the early 1960s, Cottingham devoted himself full-time to painting by the end of the decade and quickly gained success through exhibitions at O. K. Harris Gallery in New York, the leading advocate for the new trend of photorealism. Cottingham early on focused his attention on city facades, and most frequently created largescale depictions of commercial signage. He explained his fascination with the subject: “Commercial signs are amazing. Here are these elaborate, monumental structures designed solely to tell you that this is where you can buy a hamburger or pack of cigarettes.… All that effort, all the pomposity just to sell you something. And yet, they are a heroic attempt by someone to leave his mark.” His closely cropped and sharply delineated vignettes of movie marquees, department store facades, diners, and other familiar architectural forms resonate in a distinctly American voice.

Cottingham began working in printmaking in 1972 and discovered a medium that provided an important outlet of expression, often allowing him to experiment in themes and variations before rendering them in paint on canvas. An American Alphabet marks one of his longest running series of prints, an abecedary of twenty-six lithographs begun in 1994 and slated for completion in 2012.