By Communications and MarketingApril 7, 2017 Spotlight 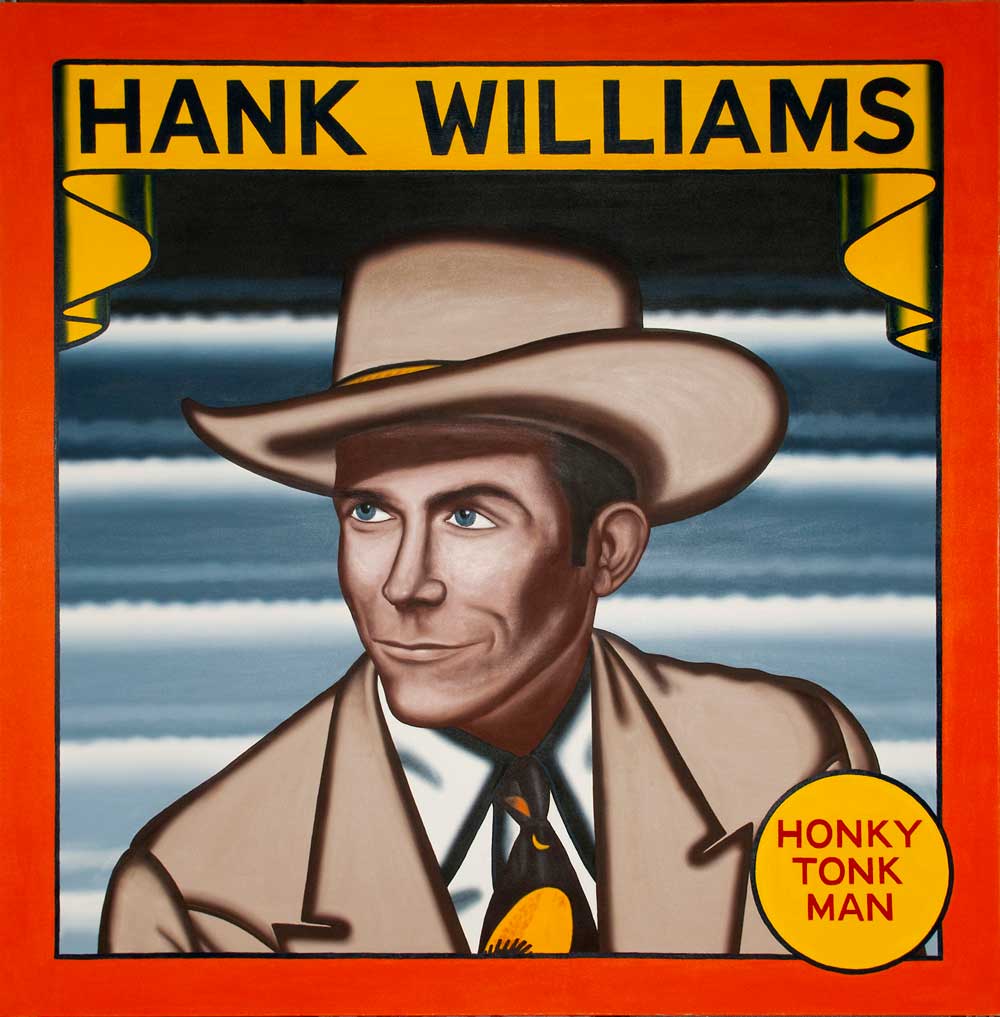 Alabama native Roger Brown frequently returned to subjects close to his southern upbringing. In this case, he portrays the early country music legend and fellow Alabamian, Hank Williams, in a fittingly monumental scale. Brown had a long-running fascination with folk art and craft, and imagery prevalent in popular culture. His heroic portrait of Williams recalls both the format of the once ubiquitous record album cover as well as the type of hand-painted banners found in circuses and fairground sideshows.