When I came to the United States about two years ago, I came with my mother and my aunt with her three children. We had to leave Guatemala because we had complicated family problems, and our lives were in danger there.

Before we could leave, we had to find someone who would help us pass safely through Mexico. We found someone who said he would charge us $6,000 for the two of us the day we left. We agreed, and we arrived first at a house where all the people who were going to travel on the bus with us were waiting. That day we all got ready because we knew that it would be a long trip. The people who were leading us gave us some papers to study in case the migration authorities from Mexico stopped the bus in some state. The next day, we got up at three o’clock in the morning to start the trip to the United States, but the people taking our group received a call that it wasn’t safe to pass through the Mexican immigration checkpoint near the border, so we had to wait another day. We left the following day at three o’clock in the morning.

That day we went through Chiapas Mexico. I felt scared because I did not want to be stopped by migration. The people who took us had many more people working with them who were helping to protect us because the places we passed through in that part of Mexico have many migration checkpoints. When it was almost time to eat, I felt very nervous because of the migration police. I was very nervous and scared, but those who brought us were on the lookout and always went ahead of us to check on the situation. They had already provided safe passage to many more people before us, and there were a lot of people taking care of all of us so that the bus would not be stopped by migration. The next day, almost everything happened just the same. We had many new migration checkpoints and passed through places that were new and more difficult every day. Our group was very afraid and so was I.

The bus ride was very difficult. We spent three days without bathing. We spent three days sitting in the same position day and night all the time. The bus only stopped at most once per day so that we could go to the bathroom and eat, but in three days on the bus, we only stopped a total of two times. We managed to reach the border of Mexico and the United States, and there we all separated into different groups to able to cross the border as quickly as possible. We managed to pass through the border of the United States, but then after about five minutes, a border patrol car arrived. He picked us up and took us to a detention center where we waited with other immigrants who had also been picked up, and then they separated me from my mother. They took me to a house in Phoenix and my mom had to go to jail. I was in that house for a month, and then they sent me to Auburn, Alabama to live with my aunt and uncle, and my mother was released from detention five months later. 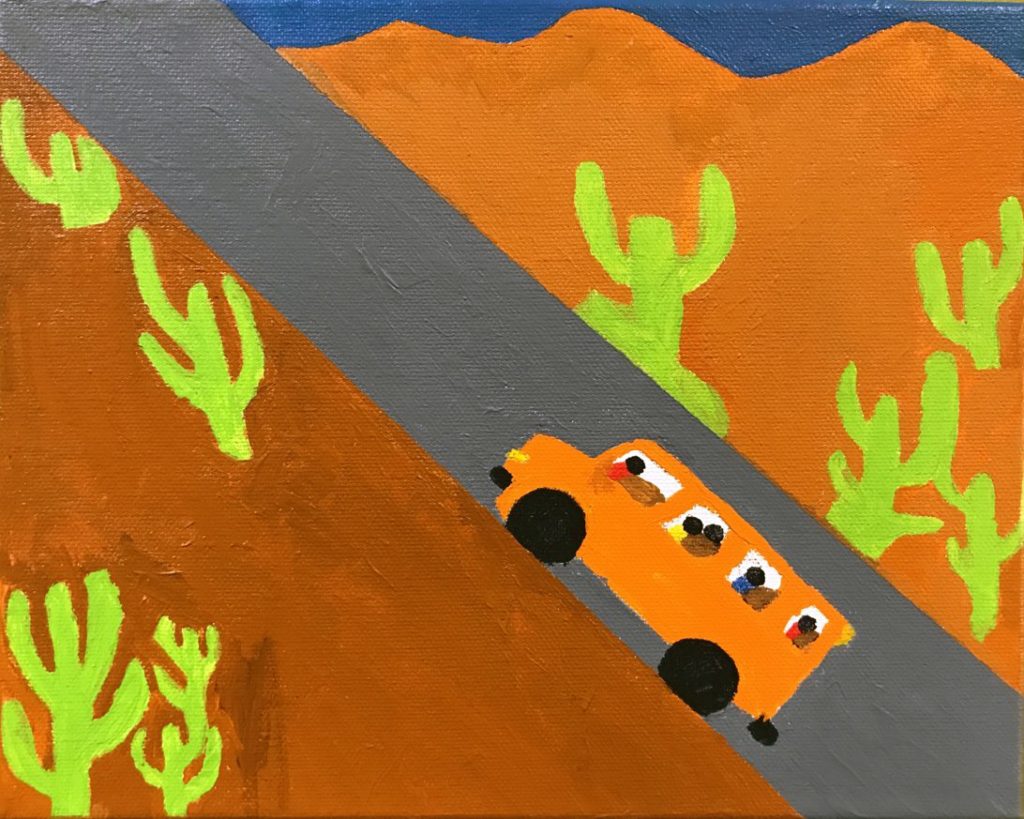