A Conversation With Sondra Gilman and Celso Gonzalez-Falla 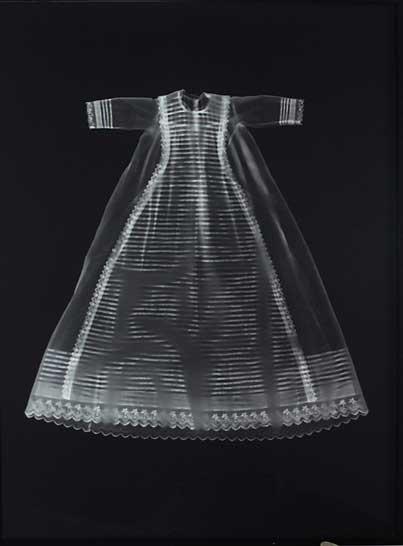 An edited interview from several between Sondra Gilman, Celso Gonzalez-Falla, Charles Gilman III, and exhibition curators Ben Thompson and Paul Karabinis. The full interview is available in the exhibition publication on sale in the Museum Shop. Reprinted with the permission of curator Ben Thompson.

Paul Karabinis:  Sondra, you have been collecting for some time.You’ve talked about how it is an emotional and physical “feeling in [your]stomach” that draws you to a particular image. Can you elaborate onthis?

Sondra Gilman:  The feeling is still the same as when I first started.Early on, there was not that much of a photography world. In the yearssince, I’ve been exposed to a lot. All that input—everything you read,everything you see—is in your brain. But there is another dimension: it’semotional. It touches something in my heart. That is where the feelingcomes from. I just think you fall in love. We try to verbally describe art,and it’s not a verbal experience. The end result is a love affair.

PK:  You have led the Photography Acquisition Committee at theWhitney Museum of American Art, where there is a curator position andgallery in your name. Talk a little about the strategies of collecting and of beginning a collection at theWhitney.

SG:  A lot of it is just practical. When I was appointed Chair of the Photography Acquisition Committee at theWhitney, it was the start of photography collecting at the museum. The field was so big. It was an open worldas to what we were going to collect and what our philosophy would be. David Ross was the director of themuseum, and Leonard Lauder was the head of the board, and they understood the importance of photography.We searched out people who we knew shared the same interest. Some of the strategy was defined by wherewe were in time. In other words, we couldn’t go back and collect early-nineteenth–century works and expect tohave an in–depth collection; what was really available to us at that point was photography from 1975 on.Works from before 1975 were acquired as the opportunity presented itself, but the concentration wascontemporary. We would go back and fill in if there was a gift or there was an auction and the price wasn’t through the roof.

PK:  Your personal collection actually began with the purchase of three Eugène Atget prints that were being deaccessioned by the Museum of Modern Art. When was this?

Celso Gonzallez-Falla: You bought the Atget prints when you added photography to the Gilman Paper Company Collection.

SG:  Yes, both photo collections started around the same time. I had seen the Atget exhibition at MoMA. Thisstarted both my collecting for myself as well as my collecting for Gilman Paper Company. I thought this wassomething the company should have. At the same time I would buy something for myself, I would buy something for Gilman Paper.

PK:  Were there different collecting strategies?

SG:  No, I thought of it as one collection.

SG:  Yes, when I did it, I concentrated on the 20th century, but the focus didn’t really change until my husband, Charles E. Gilman, Jr., died in 1982. At that point, I stepped away, and Pierre Apraxine continued thecollection, and the focus moved to the 19th century. When I met Pierre, he was the curator for the JuniorCouncil, to which I belonged, at MoMA.

Paul Karabinis will give his talk, “Minor Details and Small Events” at Auburn’s Art Museum on Wednesday, January 22 at 4:00 pm.