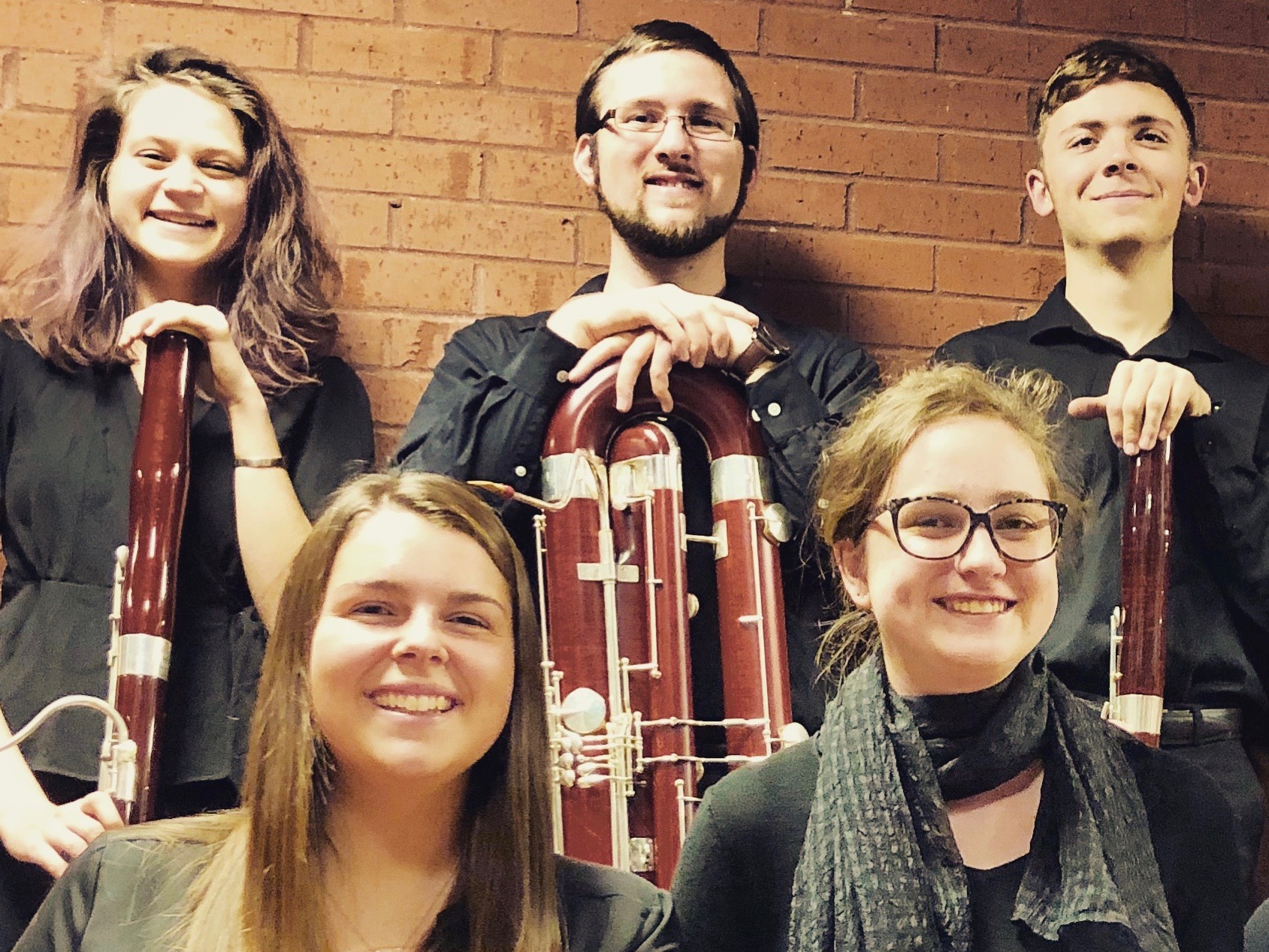 On Thursday, February 22, from noon to 1:00 pm in the Grand Gallery, the series will present a free concert by members of the Auburn University double-reed studio. Led by assistant professor of double-reeds, Kristin Leitterman, the group will perform ensemble music and duos with piano. A gift from Bill and Josie Walsh has helped to make this performance possible.

Click here for the full spring schedule and more about the performers.

The double-reed studio is led by Dr. Kristin Leitterman, Auburn’s Assistant Professor of Double Reeds. A solo artist of oboe and voice, she says that she seeks to defy modern convention, bringing exciting and unusual programs to audiences. In addition to her role at AU, she directs the Bert Lucarelli Oboe Master Class.

Leitterman says though music for oboe and bassoon is not as common as that for the violin or piano, a lot was written in the Baroque period and during the 20th century. Thursday’s recital will include a Baroque solo fantasy by Georg Philipp Telemann and pieces by twentieth-century composers Benjamin Britten, Francis Poulenc, and Paul Hindemith.

The Classical Period produced its share of double-reed music, notably by Wolfgang Amadeus Mozart and Ludwig van Beethoven. “We have these great classical composers writing for us,” Leitterman said. Thursday’s concert will feature music by both of them, including a trio for two oboes and English horn by Beethoven.

“He idolized Mozart when he was younger,” Leitterman said of Beethoven. The double-reed trio will play his variations on a theme from Mozart’s opera, “Don Giovanni.”

Robert Schumann’s “Three Romances for Oboe and Piano” is on the program for Thursday. It is likely the most well-known piece for oboe from the Romantic Period. That period saw a decline in published music for double reeds.

Though Leitterman says some think Schumann’s piece is the only one written for oboe during the Romantic Period, virtuosos of the time were touring and performing their own music. Some is now just being discovered and presented again.

Leitterman will conduct the eight-member Double Reed Ensemble on two pieces. The group will play an arrangement of Georges Bizet’s “Carmen” and a satirical piece by still-living composer Stacey Berk titled, “Fanfare for the Common Mandrel.” A mandrel is a reed-making tool used by double-reed players.

Berk’s piece will include arrangements of popular themes including Aaron Copland’s “Fanfare for the Common Man,” the theme from “The Andy Griffith Show,” Johann Strauss’ “Blue Danube Waltz,” “Turkey in the Straw,” and others. It will also highlight two common orchestral excerpts from the oboe repertoire.

La is instructor and collaborative pianist at AU. She studied at New York University with Eduardus Halim, a Vladimir Horowitz pupil, and won two piano concerto competitions. She is completing a Doctoral degree at the University of Illinois Urbana-Champaign.

Agostino has given piano recitals throughout much of the US and is an instructor and collaborative pianist at Auburn. She holds degrees from Indiana University and Florida State University, and is the owner of Yogafly Studio in Auburn.