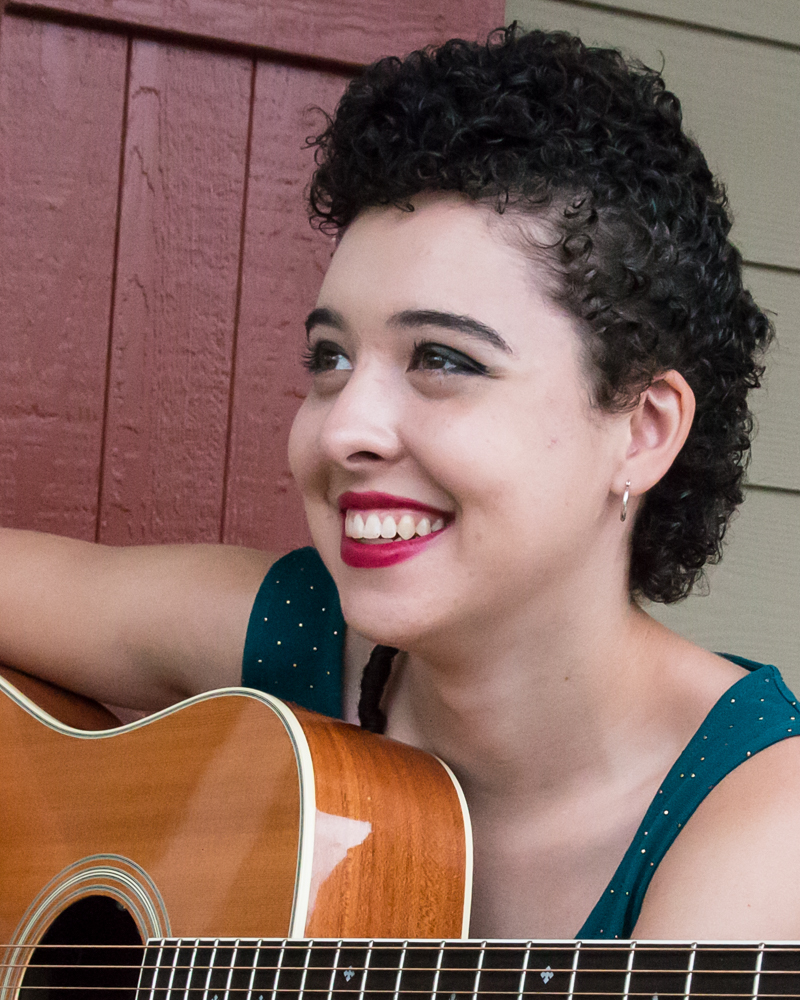 Classical guitarist Katie Holmes will perform a free concert for A Little Lunch Music on October 15 from noon to 1:00 pm. On the program will be music by Johann Sebastian Bach, Manuel Ponce, and Vojislav Ivanovi?, among others. The concert is being sponsored by Seth and Linda Anderson. The café menu is available online.

To Katie, music is elemental, a constant in her first few years. She was four when her grandmother began taking guitar lessons. Charmed by this new voice, Katie soon had the lessons for herself, and an intense bond with the guitar began. She gave her first solo recital in Spokane, Washington – on guitar and piano – at age five. Within a year she received her first grant for talent; within the next the sound of her guitar first appeared on radio. Soon after moving to Alabama she was invited to play with the Montgomery Symphony Orchestra, marking her first performance with orchestra at the age of seven.