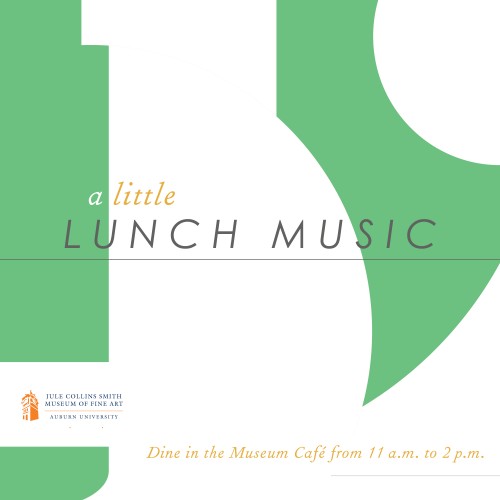 Dr. Hersey’s recital is sponsored in part by the Finlandia Foundation. Thanks to our local sponsors Larry Gerber & Louise Katainen and Dennis Drake. As of September 22, there is still room to fill out a full sponsorship. Contact series coordinator Patrick McCurry at patrick@luncharm.net or Development Coordinator Kate Hancock Cole with questions about how to help support these musicians. 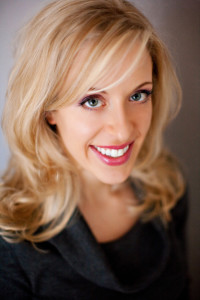 A noted expert on Scandinavian vocal literature and diction, Dr. Hersey was a Fulbright Scholar at the Kungliga Musikhögskolan (Royal College of Music) in Stockholm, where she collaborated with pianist Matti Hirvonen. The pair recently appeared as guest artists at the Lief Eriksson International Festival. Dr. Hersey conducted research at Det Kongelige Danske Musikkonservatorium (Royal Danish Academy of Music) and Københavns Universitet (University of Copenhagen), thanks to a post-doctoral fellowship from the American Scandinavian Foundation.

She has presented her research at the National Association of Teachers of Singing, the Conference on the Physiology and Acoustics of Singing, the University of Copenhagen Center for Internationalisation and Parallel Language Use, the International Congress of Voice Teachers, and the Yale Conference on Baltic and Scandinavian Studies. Dr. Hersey’s articles on Swedish and Danish diction and song repertoire were recently published in the Journal of Singing and VOICEPrints. Her translations and transcriptions have been published by Plangere and by Carnegie Hall. Her first book, Scandinavian Song: A Guide to Swedish, Norwegian, and Danish Repertoire and Diction, is forthcoming from Rowman & Littlefield.

The Auburn recital, lecture, and master class is part of a tour Dr. Hersey is undertaking as a 2015-2016 Finlandia Foundation 2015 Grantee, along with pianists Kayla Paulk and Matti Hirvonen. Performance and master class locations include Eastern New Mexico University, Auburn University, University of Alabama, and Pacific Lutheran University.

Dr. Hersey holds master’s degrees in performance and musicology from the University of Minnesota, and pursued advanced studies at the Accademia Musicale Chigiana in Siena, Italy with acclaimed soprano Raina Kabaivanska. She earned a doctorate from the University of Miami, where she was a Smathers Fellow. She is the newly appointed Assistant Professor of Voice at Eastern New Mexico University, and was recently named editor-elect of VoicePRINTS, the peer-reviewed journal of the New York Singing Teachers Association. 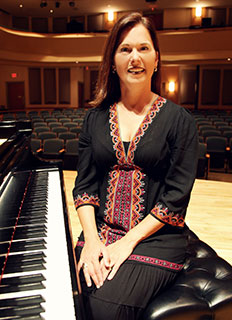 Kayla Paulk is Vocal Coach and Accompanist at Eastern New Mexico University (ENMU), where she teaches Collaborative Piano, Vocal Coachings and Freshman Seminar, and accompanies three university choral ensembles, as well as student, faculty, and guest artist recitals. Prior to coming to ENMU, she was a full-time accompanist and coach at the University of Oklahoma (2002-2005) and Director of Accompanying at Stetson University (1992-2002).

Ms. Paulk received a Bachelor of Music Education degree in piano from Stetson University (1990) and a Master of Music degree in Piano Pedagogy and a Master of Music Education from The Florida State University (1992), where she held a University Assistantship in Collaborative Piano. Piano teachers who have made a difference in her life are Sharon Walker, Mary Lou Krosnick, Eugene Hudson, Michael Rickman, Karyl Louwenaar and Carolyn Bridger.

Equally adept at both vocal and instrumental accompanying, Ms. Paulk has collaborated with many of the finest contemporary musicians. Her work with operatic singers and stage directors includes master classes with Marilyn Horne, Sherrill Milnes, Tito Capobianco, Fabrizio Melano, Jennifer Larmore, and Martina Arroyo. Of the numerous instrumentalists she has collaborated with in recital, most notable are oboist Wayne Rapier, tubist John Griffiths, bass trombonist Jonathan Warburton, pianist Charles Wadsworth and trumpeter Fred Mills. As a choral accompanist, she has accompanied choirs in Carnegie Hall, China, Newfoundland, Norway and throughout Europe, spending two seasons as accompanist for the renowned Santa Fe Desert Chorale (organist for the 2003 CD, Journeys of the Spirit). Ms. Paulk spent a decade as a vocal coach and accompanist for Sherrill Milnes’ summer opera workshop, VOICExperience, and was National and Open-Call Auditions Pianist for Walt Disney World Entertainment for many years.

Ms. Paulk’s most recent scholarly and artistic endeavors include Bach to Bix, a CD collaboration with tubist Ted Cox; The French Connection, a CD collaboration with hornist Eldon Matlick; and an 80-accompaniment CD companion to Roberto Mancusi’s recently published textbook, Voice for Non-Majors. Additionally, she co-authored a chapter on developing vocal talent in the recently published textbook, The Nurturing of Talent, Skills and Abilities (Nova).

This past January, she accompanied the New Mexico All-State Mixed Chorus for the ninth year and participated in Performamatics, a National Science Foundation conference at the University of Massachusetts-Lowell that brings musicians and computer programmers together to collaborate in creative initiatives in both fields. Last summer, Ms. Paulk collaborated in recital with Bernhard Scully, hornist of the world-famous Canadian Brass. She was guest artist for two faculty recitals at Eastern Kentucky University in January of 2015, and was recently elected NMMEA Collegiate Vice President.