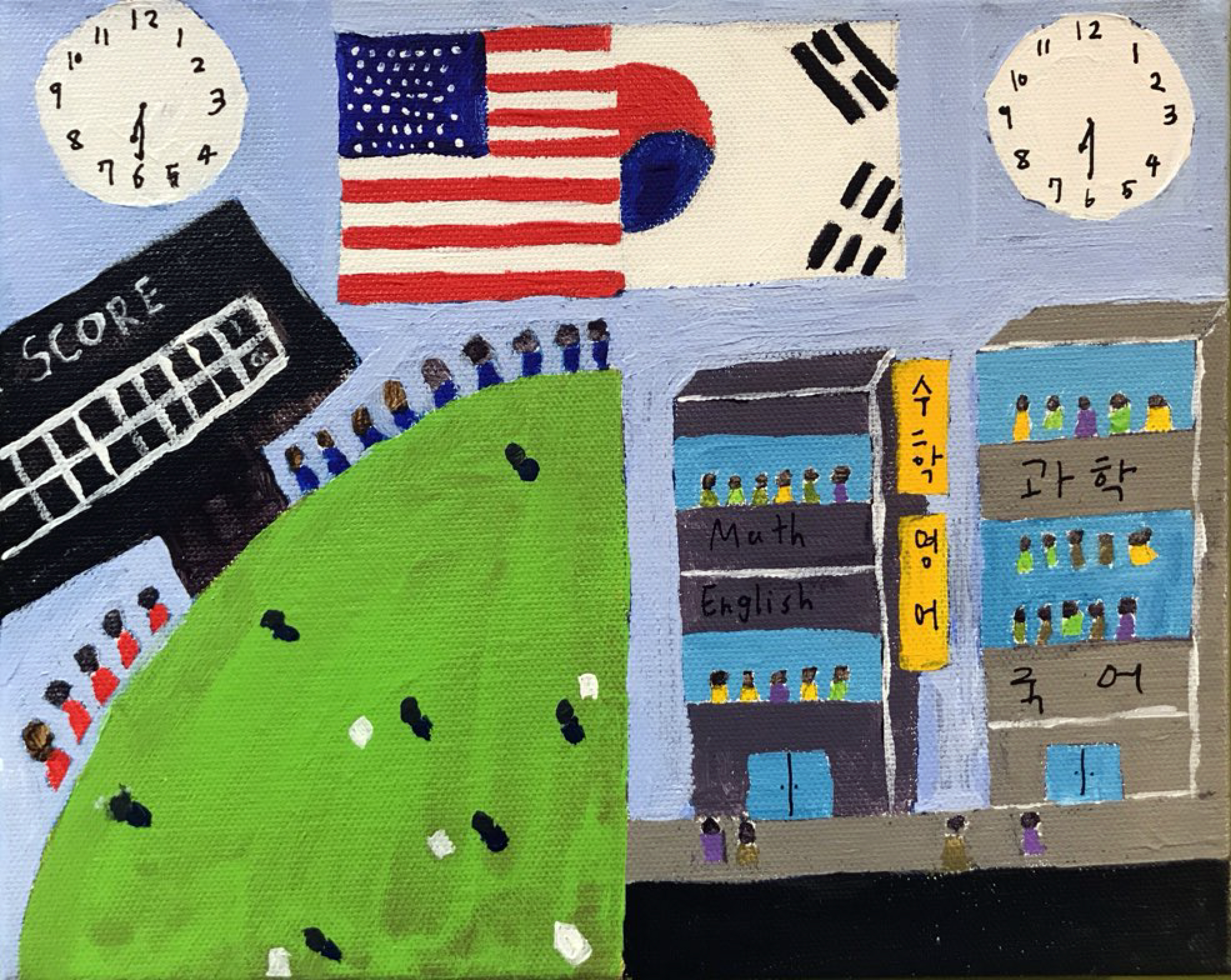 My father decided to migrate to the US because I was not good at studying, and my father wanted to give me another chance to go to college. I had a hard time learning English and making new friends in the U.S. I am still learning English and now I am trying to make American friends because it helps me to improve my English skills.

In Korea, most high school students study so much for exams that they do not have enough time to get any exercise. Students in Korea only have one opportunity as a senior to take the college entrance exam, so there is a lot of pressure on this one test. Being a senior in Korea is very difficult because they even go to school on Saturday to prepare for the college entrance exam. Recently, I saw pictures on Instagram from my friends in Korea, and they all posted pictures of stopwatches that showed how long they studied. They studied 15 hours in school and 4 hours at home. When I saw those pictures, I felt so relieved because I have a better life in the US.

Studying was very hard in Korea, but I had more freedom there to hang out with my friends when I wasn’t studying because they have a strong public transportation system and it’s safer.  I would study hard on the weekends, but I would usually hang out with my friends after class. That was so fun because there are so many things to do such as karaoke and PC rooms (public computer rooms where you can play games), and I didn’t need a driver’s license to go anywhere. I really miss how easy it was to hang out with my friends because I could use public buses, the metro, and taxis. Here, I am limited because I do not have a car or a driver’s license, and Auburn has a weak transportation system.  In addition, Korea feels safer than Auburn because people can walk at midnight without fear since no one has any guns, and there are lots of street lamps. I never see people who walk in the dark street at midnight in the U.S. These are the things I miss most about Korea.

In the U.S, students have many opportunities to retake the SAT and ACT. I feel that the US system is much fairer because I recently saw a story in the Korean news about the college entrance exam. A student wasn’t feeling well on testing day, and he messed up on his test. He committed suicide after the test. When I heard this news, I felt bad because one test killed a student who had dreams and hopes. In the US, some students study hard, but many students don’t. And many students participate in after school activities instead of only studying. When I came to the US, I thought after school activities were awesome. We have clubs in Korea too, and I was on the school soccer team there, but we didn’t play much because studying was always more important. I was also really surprised when I heard that in the US, people who participate in after school activities sometimes get advantages for college applications because in Korea, colleges only give advantages when you perform at a high level academically.

When I see pictures on Facebook or Instagram, I sometimes envy my friends because they get to graduate this year, but I have two more years. They also get to hang out often, but I do not. However, if I could go back to past, I would still come to the US because the things I don’t like can be overcome in the future and I am satisfied with my life in Auburn. 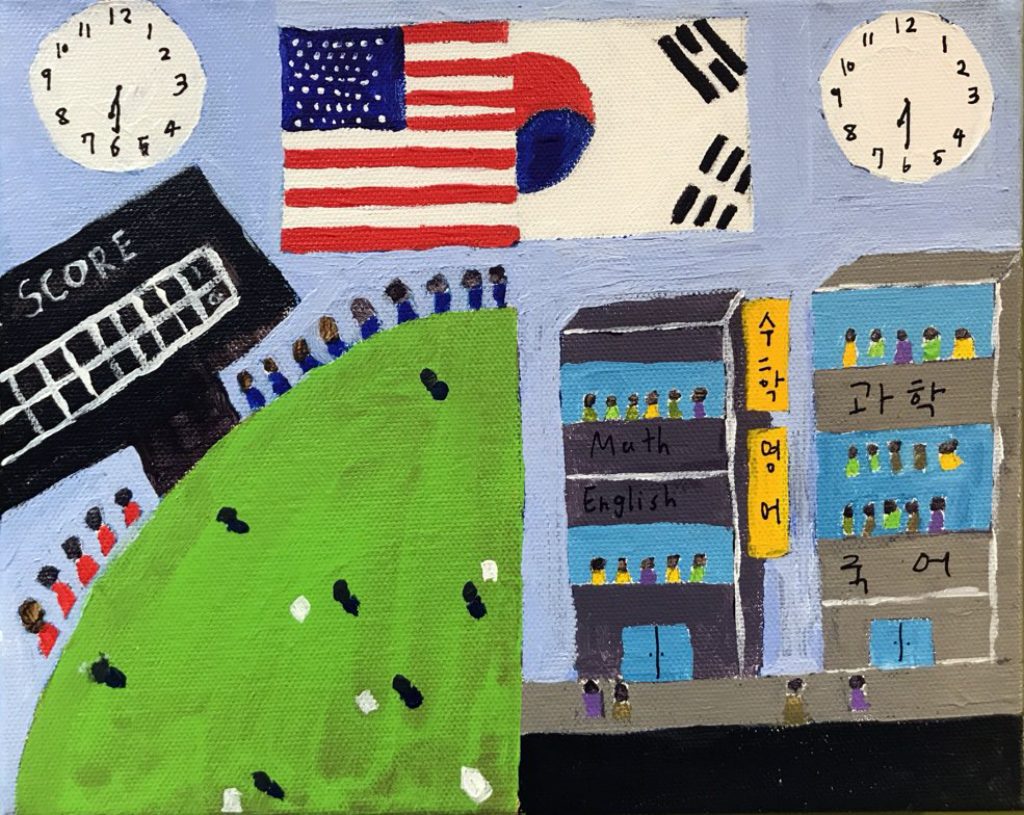