By Communications and MarketingMarch 18, 2020News, Spotlight 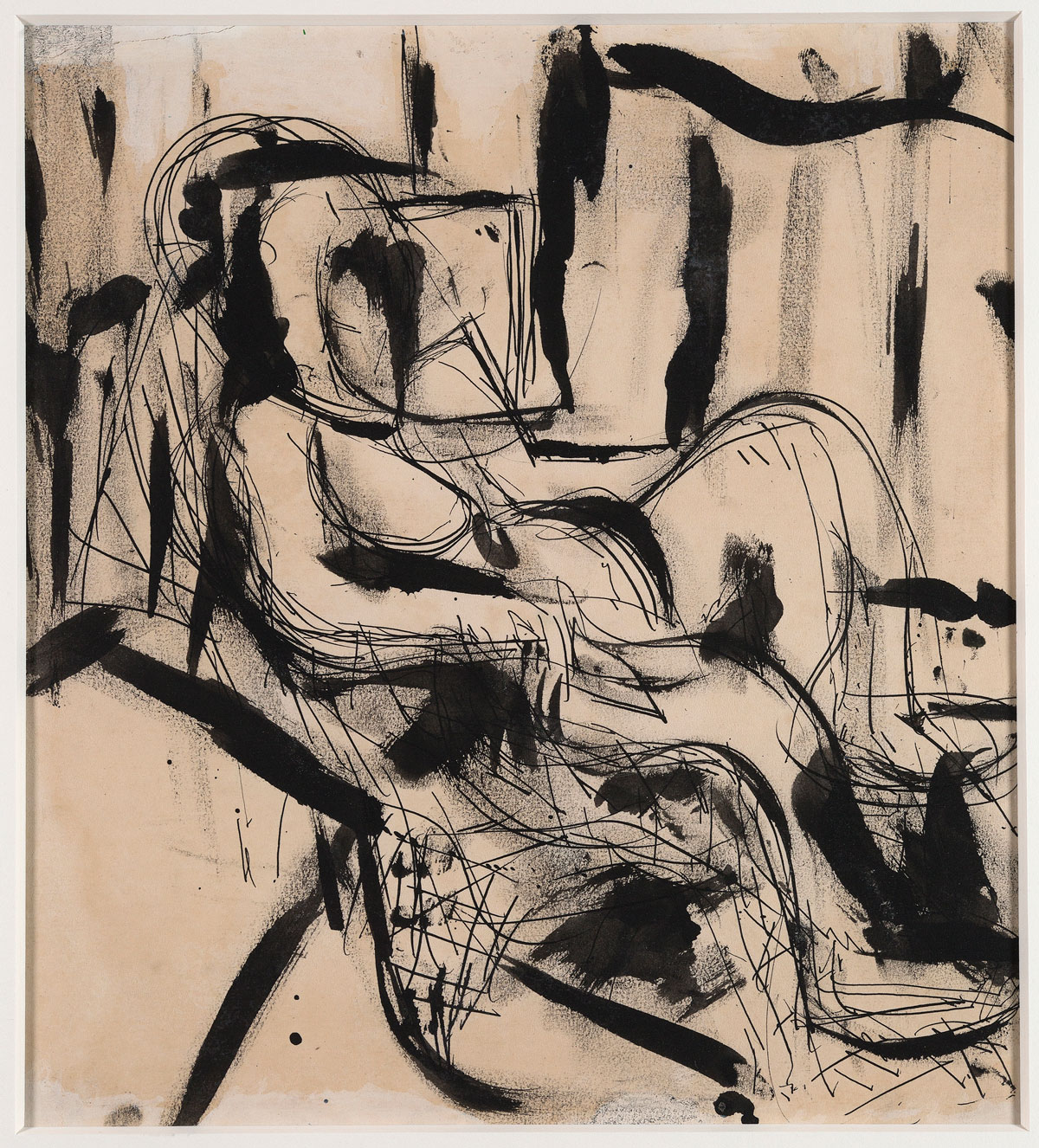 Grace Hartigan is known as a “Second-Generation Abstract Expressionist,” but she did not exclusively tether herself to the movement. Her close friendship with Jackson Pollock, Mark Rothko, and Willem de Kooning, as well as her immersion in the 1950s New York art scene, influenced her painting. However, Hartigan remained autonomous and forged her style that seamlessly melded together abstraction and figuration. She painted under the pseudonym “George” until 1953 in homage to 19th-century female writers: George Sand and George Eliot.

In “Seated Figure I”, Hartigan’s unique marriage of abstraction and figuration is present. The curving lines of the female figure gracefully flow diagonally across the canvas. Thick black lines establish a background yet abstract the composition as a whole. Marks that initially look random – an outburst of artistic expression – become a vital part of developing the figure. It appears that two opposed styles have come to rest upon Hartigan’s muted canvas.

”“If you’re an extraordinarily gifted woman, the door is open. What women are fighting for is the right to be as mediocre as men.”