By Communications and MarketingFebruary 14, 2017 Uncategorized 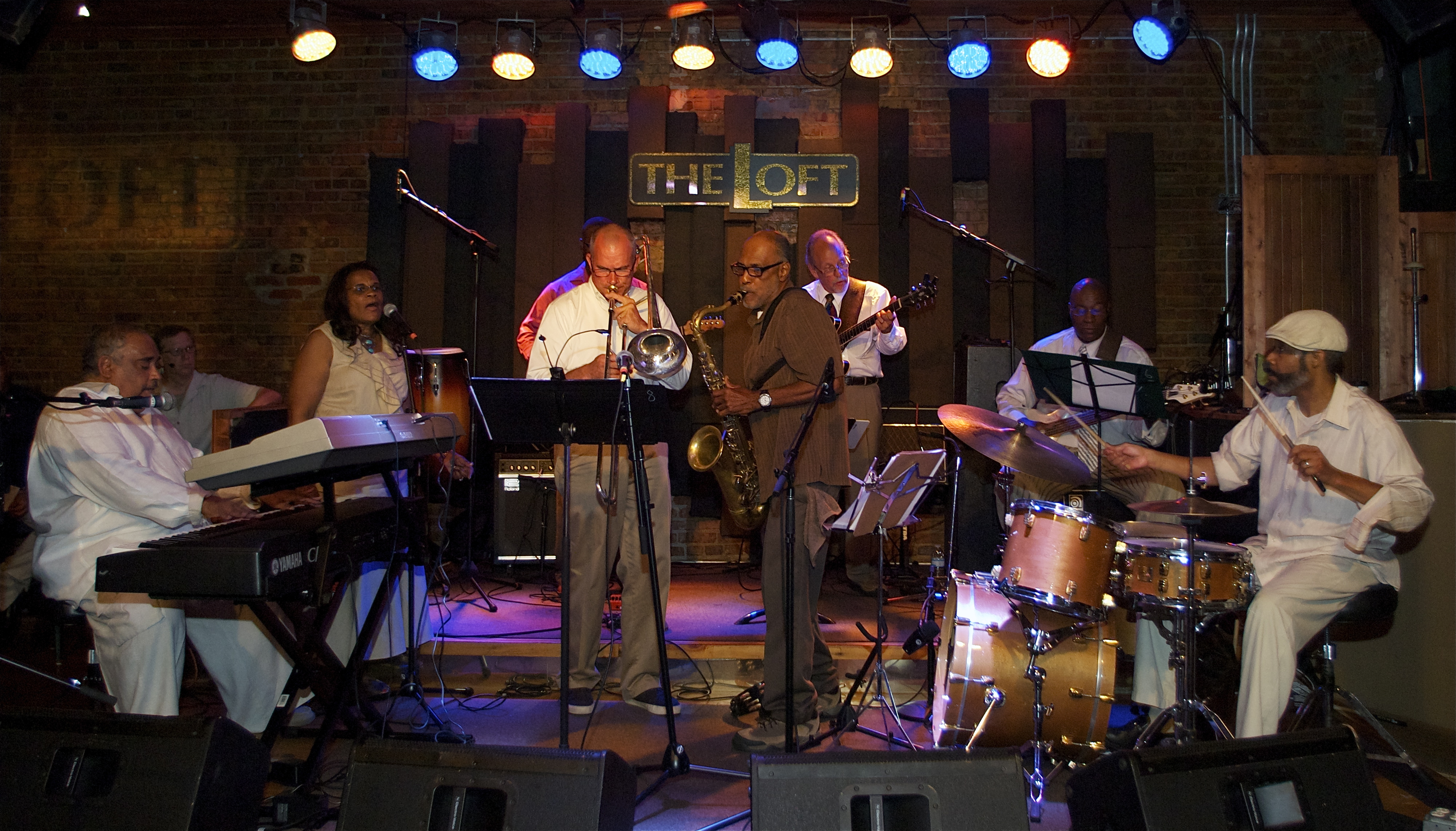 On February 16 from noon to 1:00 pm, the series will present a free concert in the auditorium by the David Banks Gospel Jazz Revue. The concert will feature original music as well as David’s (and others’) stylized versions of classic Gospel hymns and songs.
Anonymous friends of the series are helping to make this concert possible.
Pianist, composer, and arranger Banks is returning to the museum with his jazz Gospel group’s Silver Lining project. The project recruits and showcases older musicians whose talent Banks feels is often neglected.
Performing with Banks will be Patrick Davis on percussion; Elwood Madeo on guitar; Sam Williams on woodwinds; Charlie Person on trumpet; Barbara Banks, Louville Holstick, Florence Miller, Maxie Fleming, and Lucius Fleming on vocals; Bobbie Shipman as humorist.

As a boy growing up in Tuskegee, Banks said he was able to listen to a lot of different music. He said jazz, big band, and R&B were mixed up on the radio at the time, and there were lots of bands playing in the area. As he got older, he got involved in mostly R&B bands and forgot the other music. He said he toured a lot and made a decent living as a performer.
Banks said a very painful break up put him in a dangerous emotional state. He said he asked God to get him through it, and in return he would only play Gospel music. Almost immediately, he said his life turned around. He said played in church and eventually went to graduate school at Auburn. There he said he was part of the team that helped to secure the Auburn University Gospel Choir as a regular ensemble course offering.
As an educational technology instructor at Tuskegee University and still playing music, he began to notice national artists like Ben Tankard, Kirk Whalum, and Hart Ramsey who were able to fuse jazz and Gospel. He decided that was the direction he wanted to go.
Saxophonist Sam Williams will perform with the group on Thursday. He runs a late-night jam session on Sunday nights in Montgomery at 1048 Jazz & Blues that features musicians from all over the state. Banks said the session was an important part of his decision to follow a jazz/Gospel path.
Now called the Silver Lining Writers Project, it features some original music by the group’s members. Adding to Banks’s jazz arrangements of classic and new Gospel songs, the group will perform Singer Louville Holstick’s “Three Pictures High,” and singer Maxie Fleming’s “Spend Some Time with the Master,” as well as guitarist Elwood Madeo’s jazz arrangement of the standard “What a Friend We Have in Jesus.”
Though Banks has been bringing a group to A Little Lunch Music for years, he said that last February’s Silver Lining performance was this project’s first gig. Since then they’ve performed at the Alabama Shakespeare Festival, the Tuskegee University Chapel, churches, and jazz clubs around the region.
Banks said working with seniors has been eye opening. With age comes health problems. One member lost her sight, another her hearing. Saxophonist Charles Cochrane recently passed away. “If you want to do something, you better go on and do it while you can,” said Banks.
But against the transportation and health problems, Banks said a mature musician with a lifetime of professional experience and a high degree of talent is invaluable. He said audiences and musical groups are missing out by not using older performers. He described the Gospel jazz platform as an ideal launching pad for this much overlooked artistic resource of diverse artistic talent.
Banks said his group members have amazing talent that only gets better with age. “You become wiser, and you learn to do what counts,” he said. He added that sometimes it’s not so important how many fast and high notes musicians use, but how well they place the ones they choose. “Life experience finds its way into the music,” he added.