By Communications and MarketingOctober 31, 2018News, Uncategorized 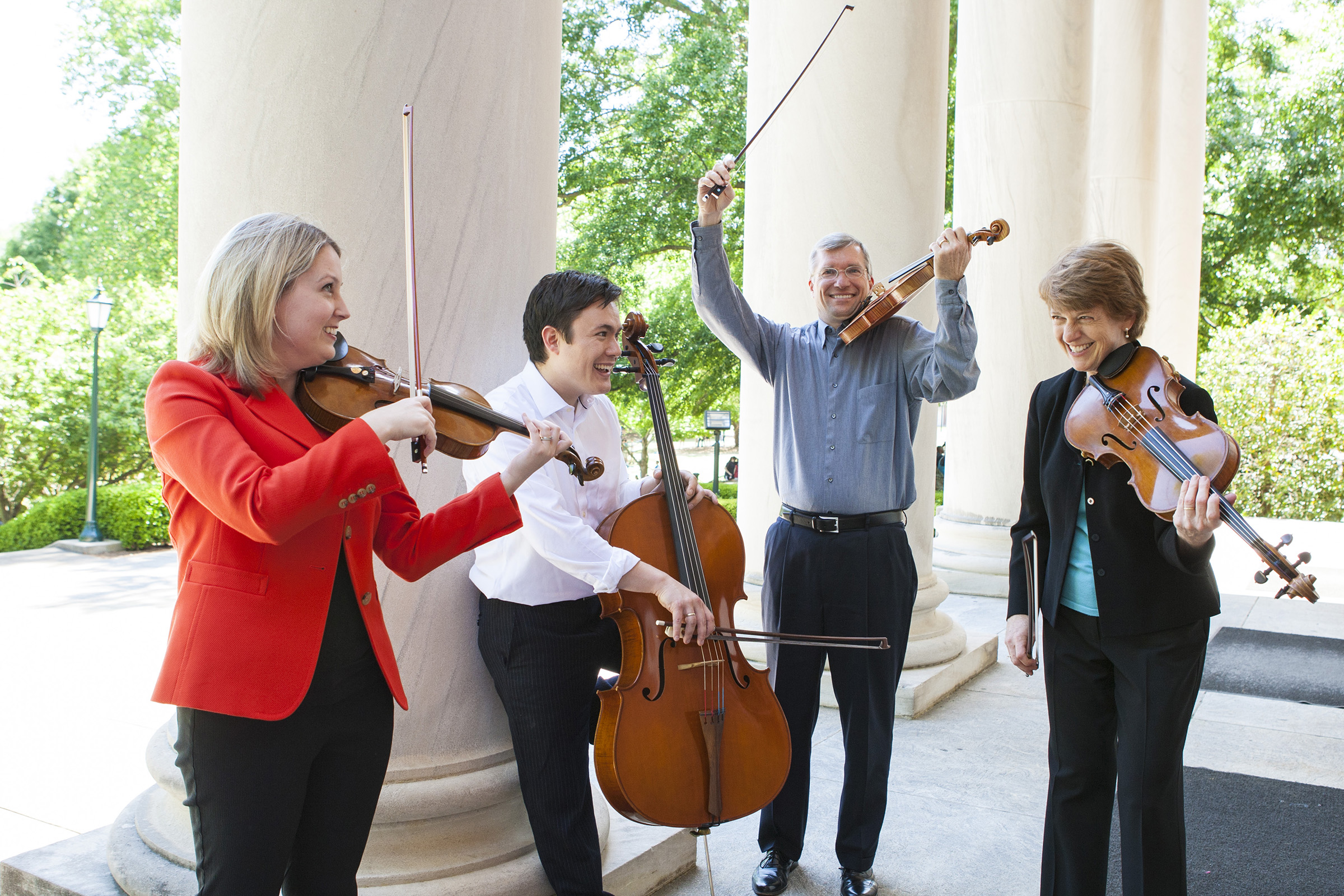 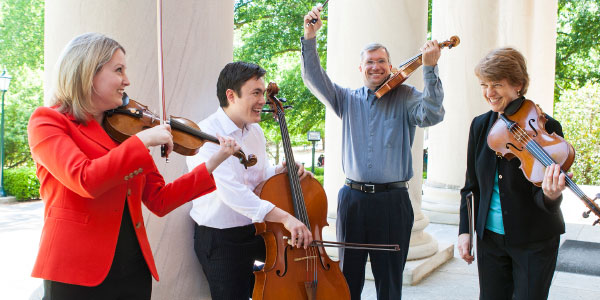 Since the group’s inception in 2011, members of the SAMFORD STRING QUARTET have enjoyed performing around the nation and the world with concerts in England, France, the Dominican Republic, and a successful Carnegie Hall recital in 2016. The quartet is part of the Division of Music in Samford University’s School of the Arts. In response to the ensemble’s premiere concert, The Birmingham News extolled its “finely blended sound” and “rhythmic energy,” adding, “This quartet is on a fast track to putting Samford and Birmingham on the chamber music map.” In addition to performing standard quartet literature, the quartet’s repertoire includes very new music, Appalachian music, and sacred music. In the spring of 2016, they presented the world premiere of Joel S. Davis’s first string quartet, “Vespers.”

The Samford String Quartet is made up of two married couples, having previously held positions in major symphony orchestras, performed and taught at music festivals, and performed as recitalists. As professors at Samford, they work closely with students in applied lessons, chamber music, orchestral studies and pedagogy, giving concerts on campus and collaborating with School of the Arts faculty. They have taken the initiative to play for thousands of students in schools across the United States, interacting with the students through performances, teaching and masterclasses. The group was launched through a generous endowment from Drs. Wilton and Victoria Bunch who love music and love Samford University. The school, founded in 1841, is a private university located in a suburb of Birmingham, Alabama.