By Communications and MarketingJune 29, 2016Spotlight 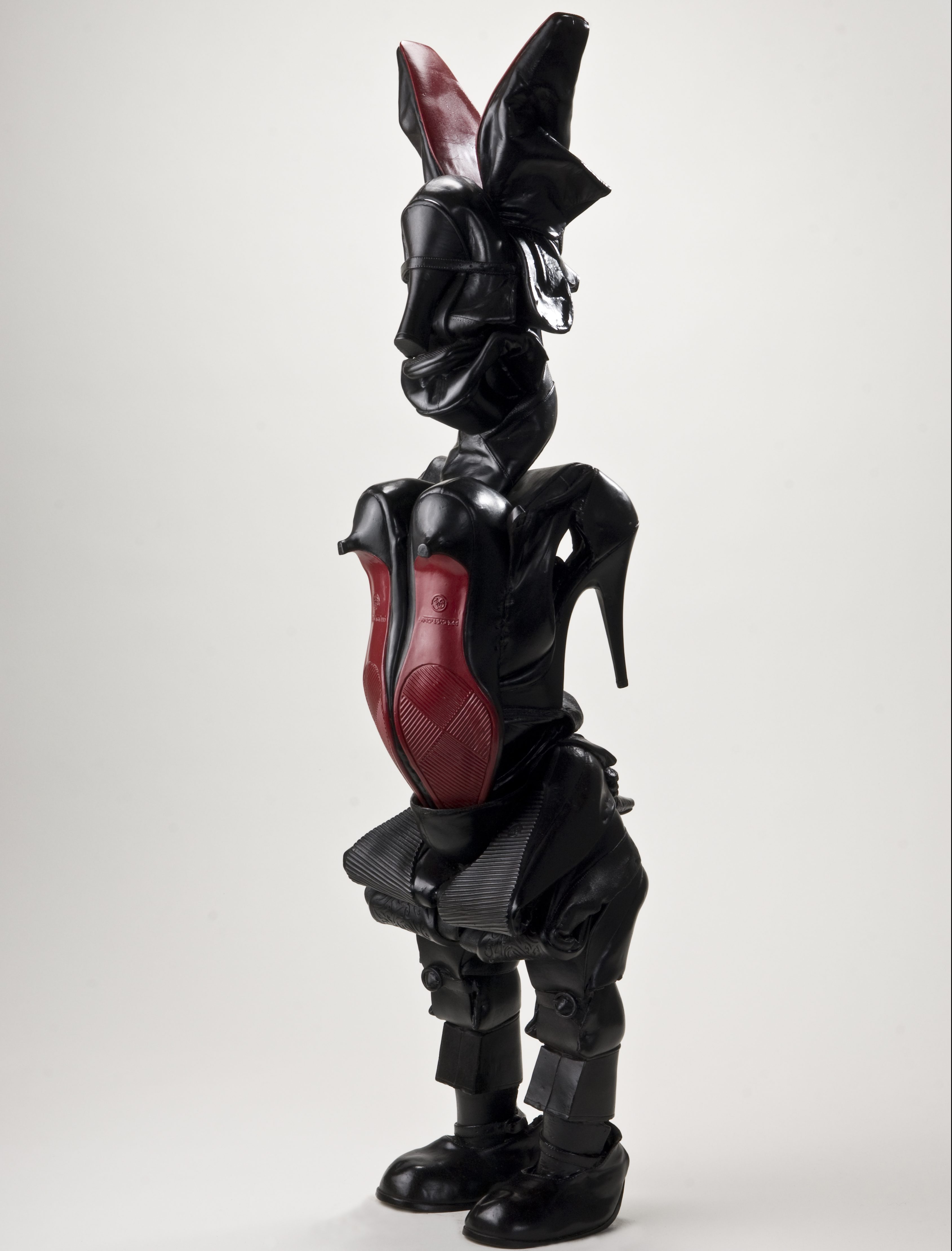 Willie Cole has achieved international recognition for his multimedia sculptural assemblages, paintings and drawings created with iron scorch marks, and a large body of prints. Cole repurposes mass-produced goods into distinctive, handcrafted works of art. Most notably, his sculptures transform Western society’s consumer and domestic objects—shoes, salvaged irons and ironing boards, blow dryers, bicycles, and other common articles—into powerful cultural statements that evoke ritual objects from Cole’s African heritage. His attention to “brands and branding” deliberately encompasses all meanings of the term, with emphasis on the act of marking enslaved persons as property.