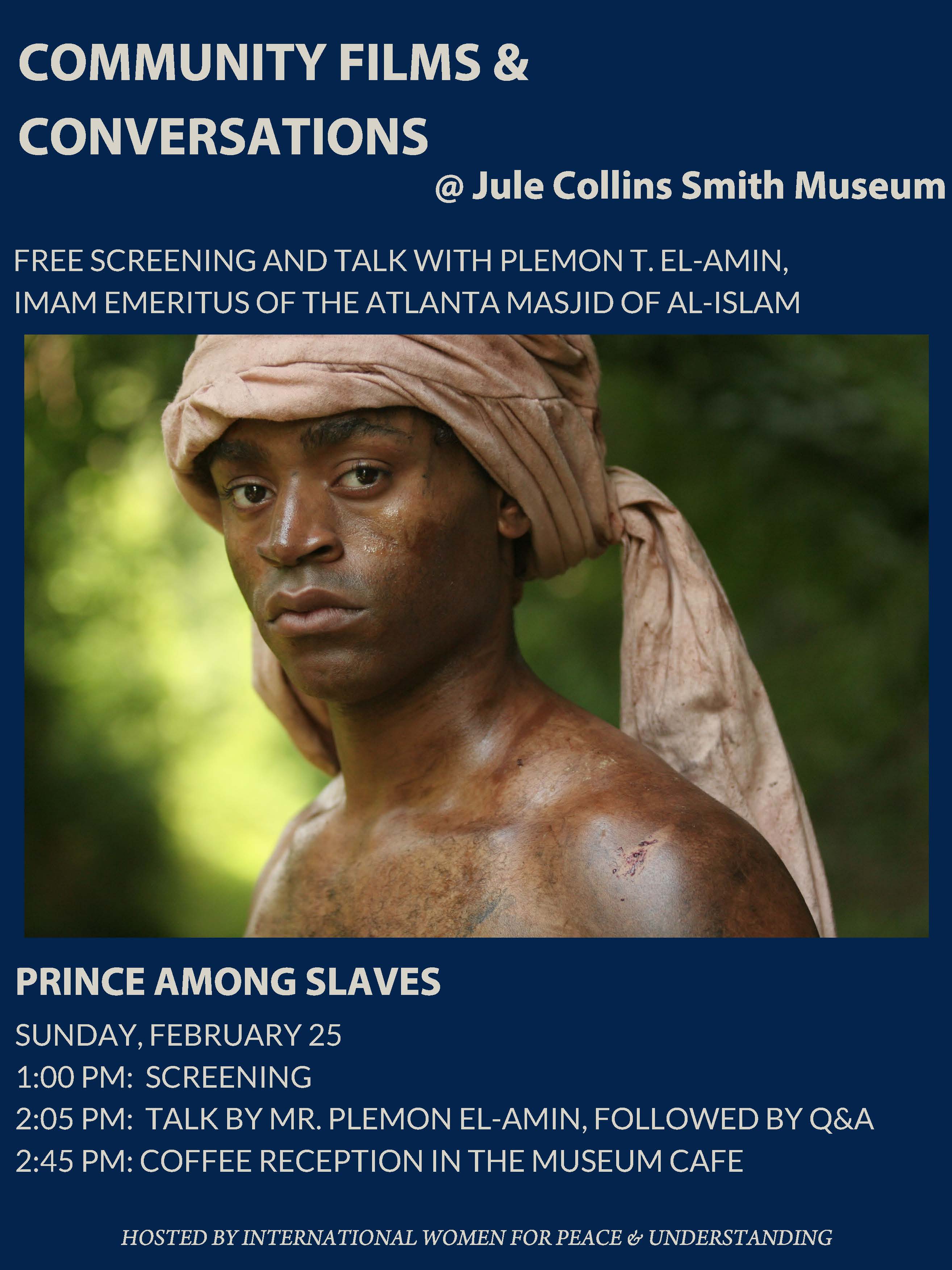 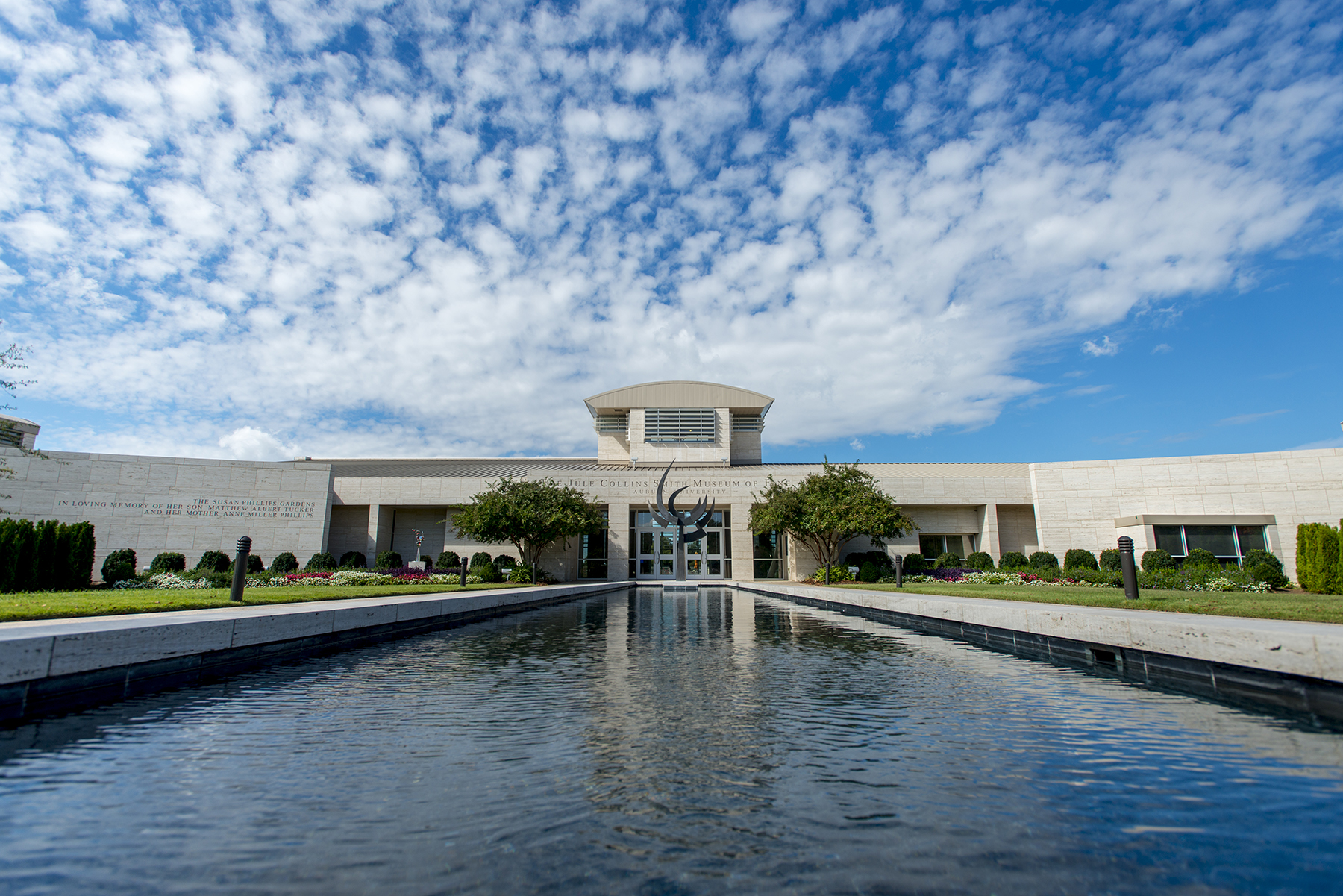 Holiday Hours at JCSM for 2017

Spend your holidays here at Auburn’s art museum with our special holiday hours. Galleries and the Museum Shop will be open for you and your family to enjoy. The Lethander Art Path and Museum Grounds also offer nearly 20 pieces of sculpture to walk and explore.

The Museum Cafe will close at 2pm on Thursday, December 14.

The museum will be closed for the Christmas holiday from Sunday, Dec. 24- Tuesday, Dec 26. 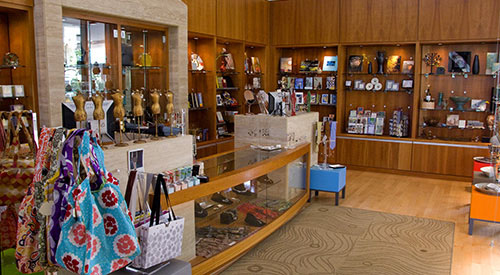 As a member benefit, you can take 20% off all regularly-priced items during this one day sale. Stop in Thursday, March 9 between 10 a.m. and 8 p.m. to get a jump on Mother’s Day, Father’s Day, Graduation, or “just because!” 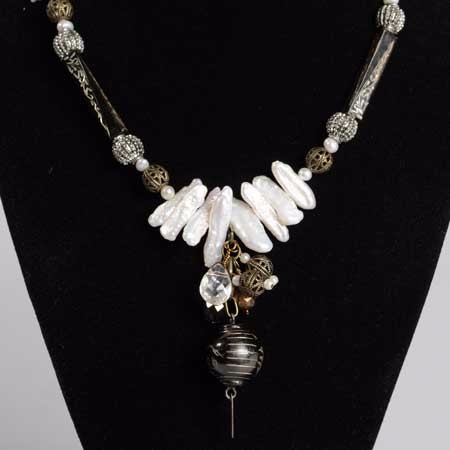 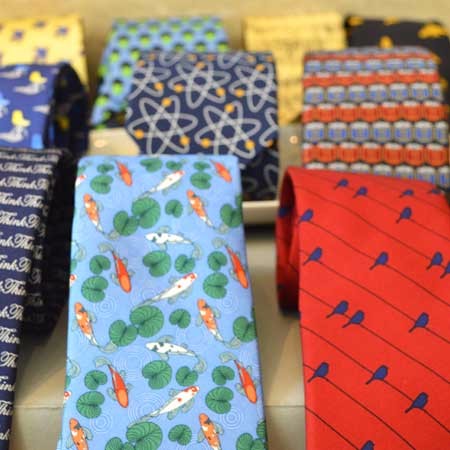 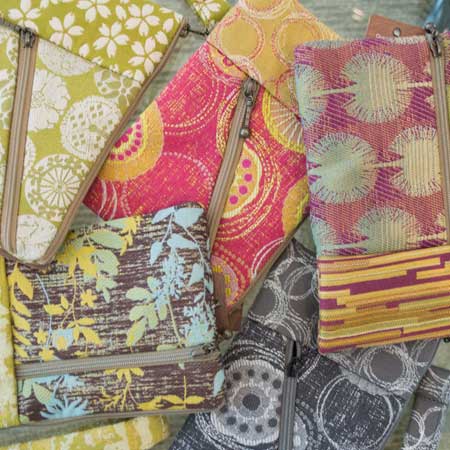 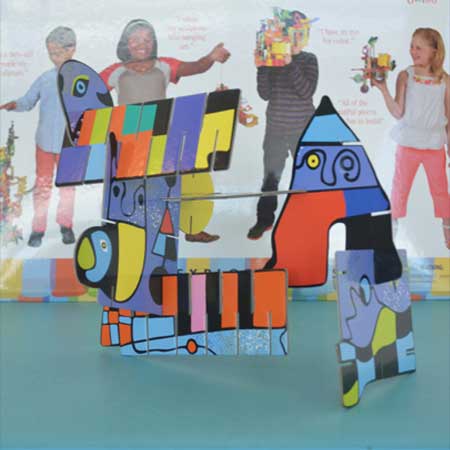 Guided by a comprehensive strategic building plan, and with the management of Auburn’s Office of the University Architect, JCSM is addressing the need for improved educational, storage and public spaces necessary for a 21st-century museum. During the summer of 2017, contractors will renovate collections storage areas to accommodate current holdings and plan for future growth, as well as rectify acoustic, lighting and temperature concerns in the Grand Gallery, Rotunda, Dwight and Helen Carlisle Lobby and Museum Café.

Opening reception of
Out of the Box:
A Juried Outdoor
Sculpture Exhibition and exhibition with Jean Shin

Q: What is the last day I can visit the museum galleries, cafe and shop?

The museum and Museum Shop will close to the public at 4:00 p.m. on Sunday, May 7. The final Museum Cafe service for the summer is Friday, May 5 from 11 a.m. to 2 p.m. The Museum Shop will have select items available online for purchase via Auburn University Marketplace. Please call 334-844-3084 for assistance.

Q: When can I visit the museum again?

The construction inside the building is expected to be completed in the fall of 2017, with regular operations resuming on Tuesday, Sept. 5 at 10 a.m. Exhibitions on view will include the exhibition Leo Twiggs: Requiem for Mother Emanuel and permanent collection selections. Our community celebration of Out of the Box: A Juried Outdoor Sculpture Exhibition is slated for Friday, Oct. 6. Juror Jean Shin will also exhibit her work inside the museum.

Any date changes will be posted to our website and publicized within the community. We hope you will continue to enjoy our grounds, including the Susan Phillips Gardens and Lethander Art Path. There are seven sculptures on our grounds.

Q: Will I be able to contact university art museum staff members?

Q: What about hosting my special event at the museum?

A: Bookings will continue for the fall 2017-2018 special event season and beyond. Please contact Lauren Horton, special events coordinator, at 334-844-3488 or lauren.horton@auburn.edu.

Q: What summer art club programming will the museum offer?

A: The museum will remain active with K-12 participants through City of Auburn partnerships with Camp Kaleidoscope, Therapeutic Recreation Camps and other outreach programs. We also plan to participate in the City of Auburn’s Summernight Downtown Art Walk.

Q. If I am an area K-12 teacher or faculty member, can I still arrange my class tours for the fall semester?

A: Yes, we have an online form to assist you, you may contact jcsmtours@auburn.edu, or call 334-844-3486. All guided tours must be requested at least two weeks in advance.

Q. How will the museum keep the community engaged and informed about the project?

Q: What will the museum staff do while the galleries are closed?

A: Staff at JCSM will still have access to the museum’s collections and will take this opportunity to focus on collections assessment and maintenance, as well as planning events to celebrate our reopening and other exciting programs.

Q. What if I need to access the museum collections?

A: The museum has an online database for the permanent collections. Because JCSM holds the permanent collection in public trust we will take every opportunity to provide researchers access to works of art not currently on view, but this must be done as a pre-arranged appointment. Please remember that some works of art may not be available due to outgoing loans, conservation concerns, or other considerations. Special access is not guaranteed, and is at the discretion of the curatorial staff. 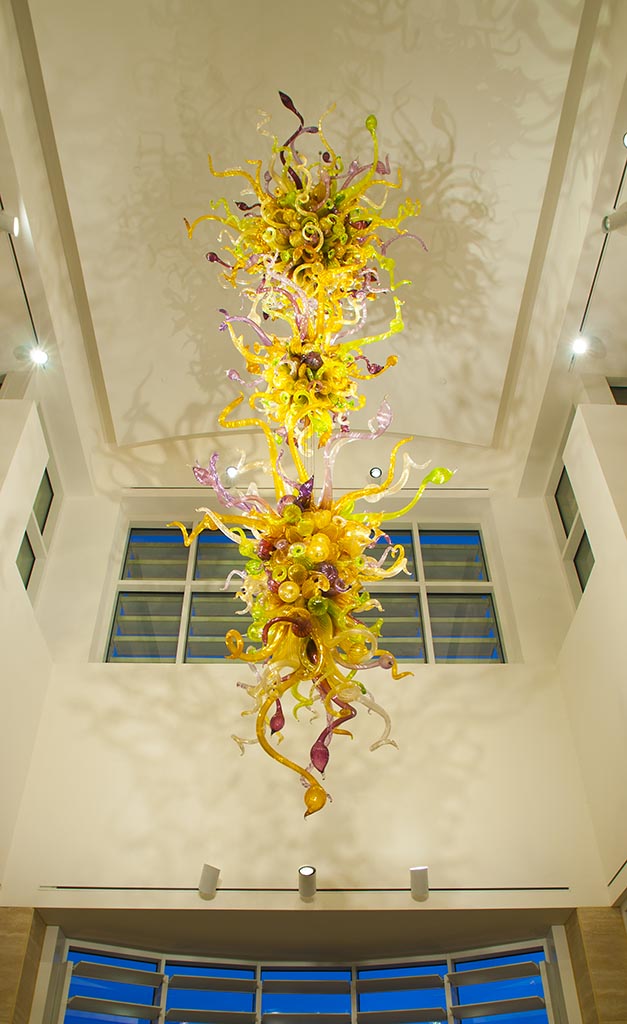 Spend your holidays here at Auburn’s art museum for our extended holiday hours, where our galleries and gift shop will be open for you and your family to enjoy. 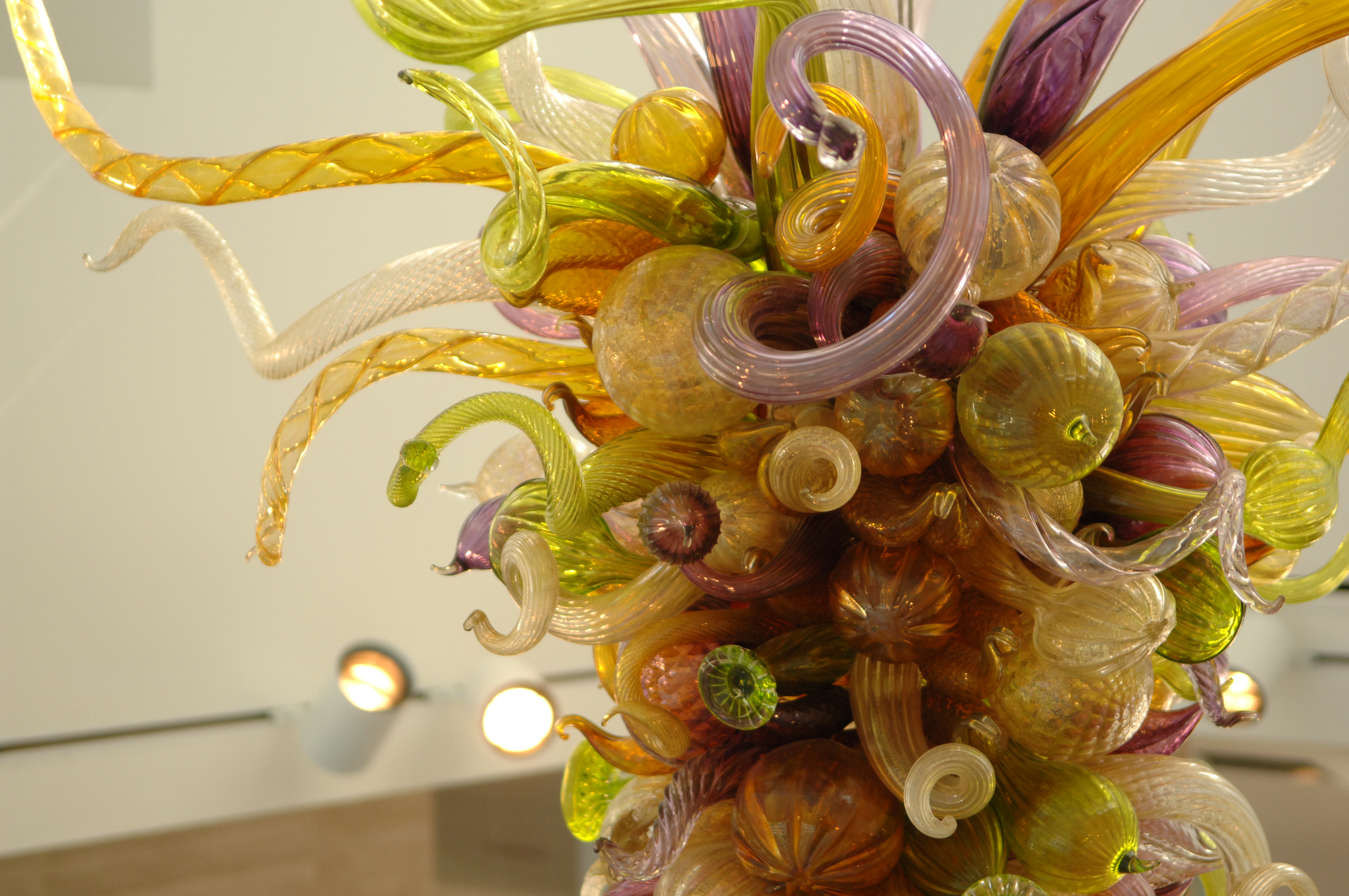 Give the gift of art! The museum gift shop is taking a 20% off regularly priced merchandise for the holiday season. Museum members can enjoy this discount on December 1, and regular shoppers on December 15 from 10 am to 8 pm.

Join us December 15, from 5-8 pm, for some holiday family fun! We’ll be creating cards, wrapping paper and gifts for the holiday season. 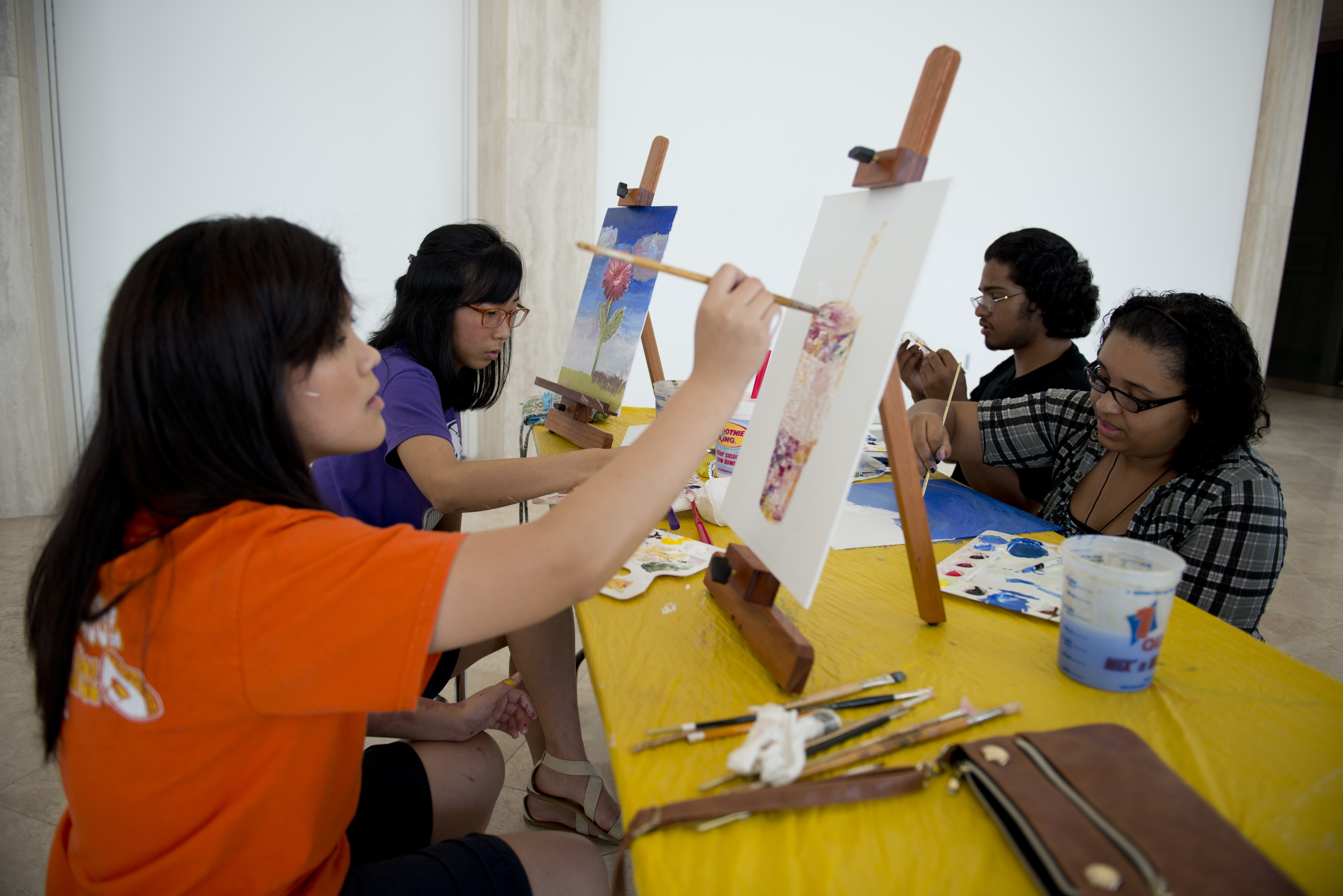 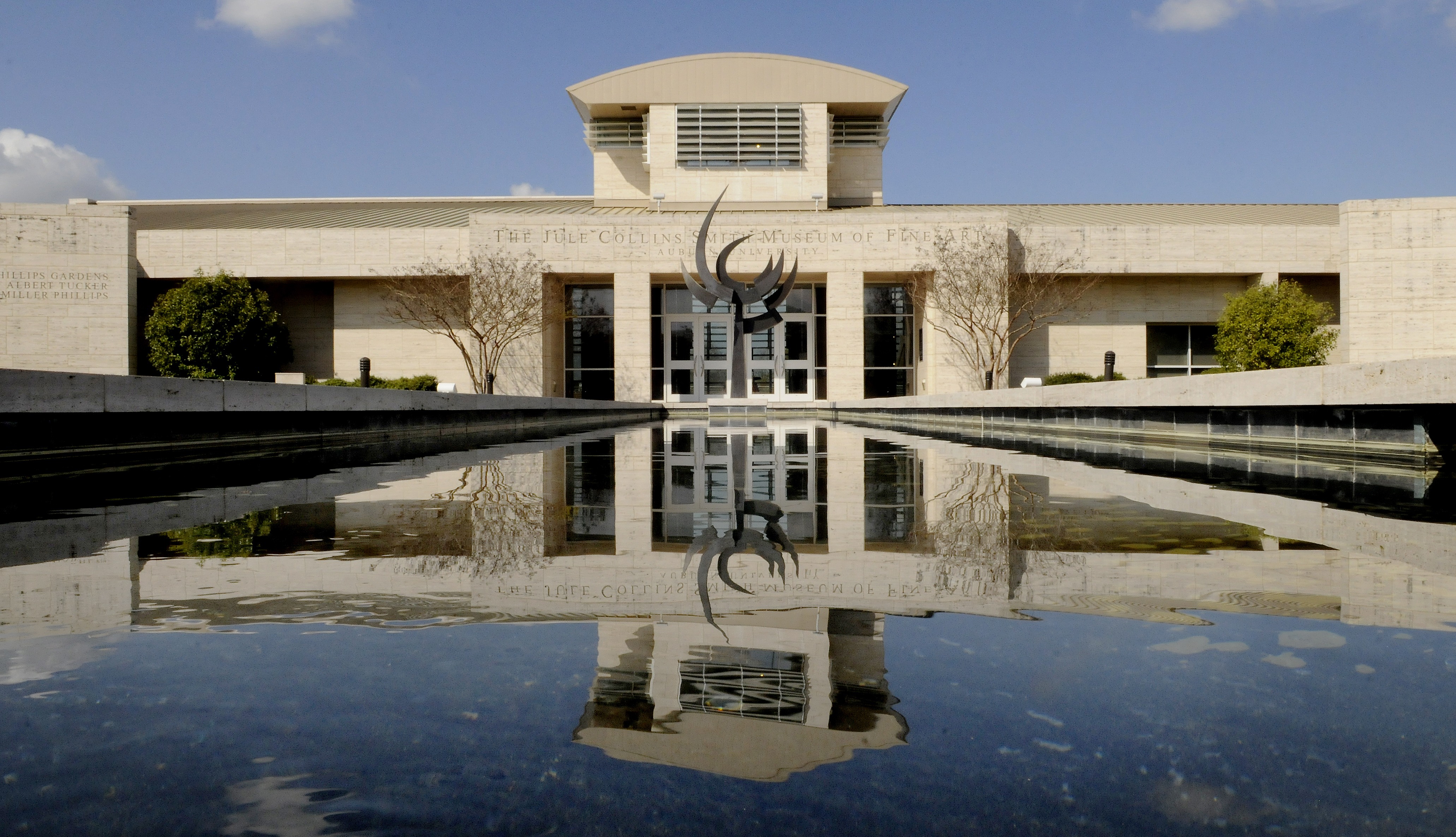 The purpose of the Association of Art Museum Directors is to support its members in increasing the contribution of art museums to society. The AAMD accomplishes this mission by establishing and maintaining the highest standards of professional practice, serving as forum for the exchange of information and ideas, acting as an advocate for its member art museums, and being a leader in shaping public discourse about the arts community and the role of art in society. 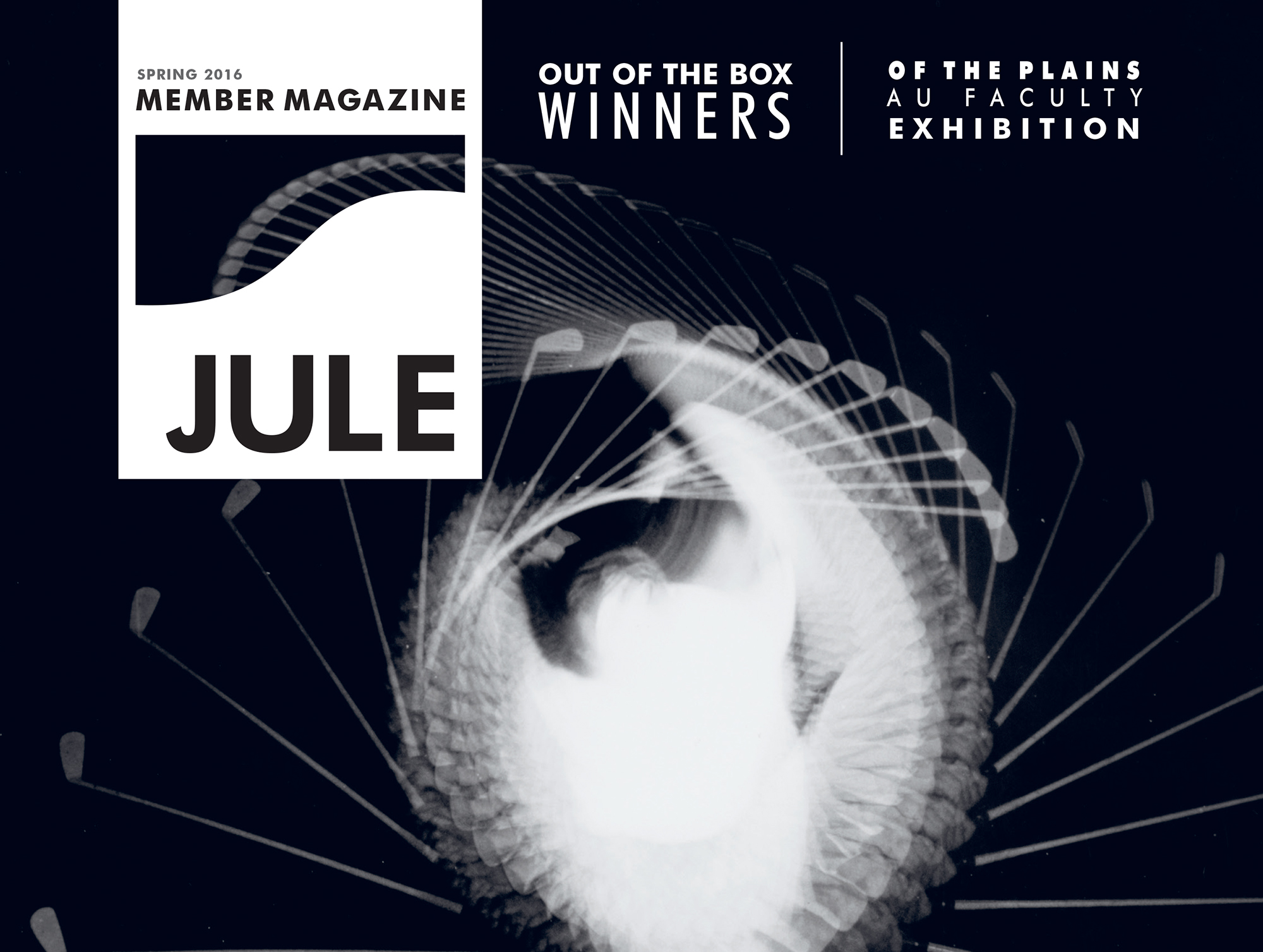 Sometimes snafus happen. When they do, regardless of fault, we at JCSM strive to make things right for our members and friends. That’s why we’re offering the spring issue of JULE  online. Our mailing was unfortunately delayed beyond our control, but members should receive copies to their homes soon. In the meantime, learn about all our happenings this semester from the convenience of your desktop or mobile device. You can also pick up a physical copy from our front desk on your next visit. We regret any inconvenience, and thank you in advance for understanding.

Click the image on the right to view the spring issue of JULE. 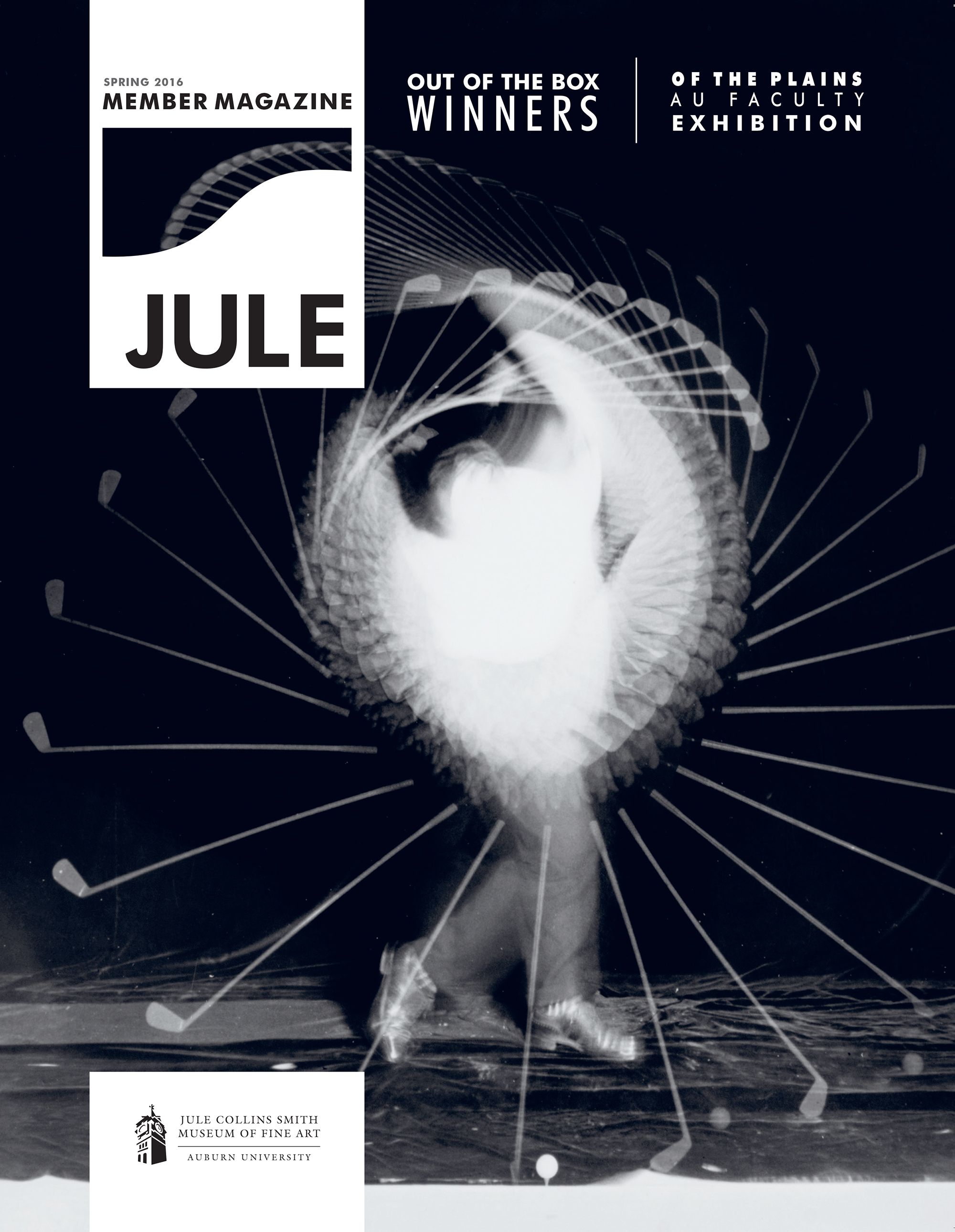 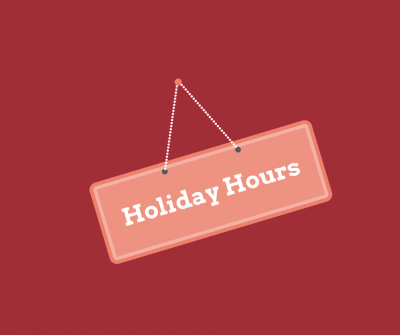 A reminder that the museum will be open for most of this week with special holiday hours! The Café will be closed this week, returning to normal operations next Tuesday, December 1. Admission is free courtesy of JCSM business partners. Thank you for visiting JCSM. 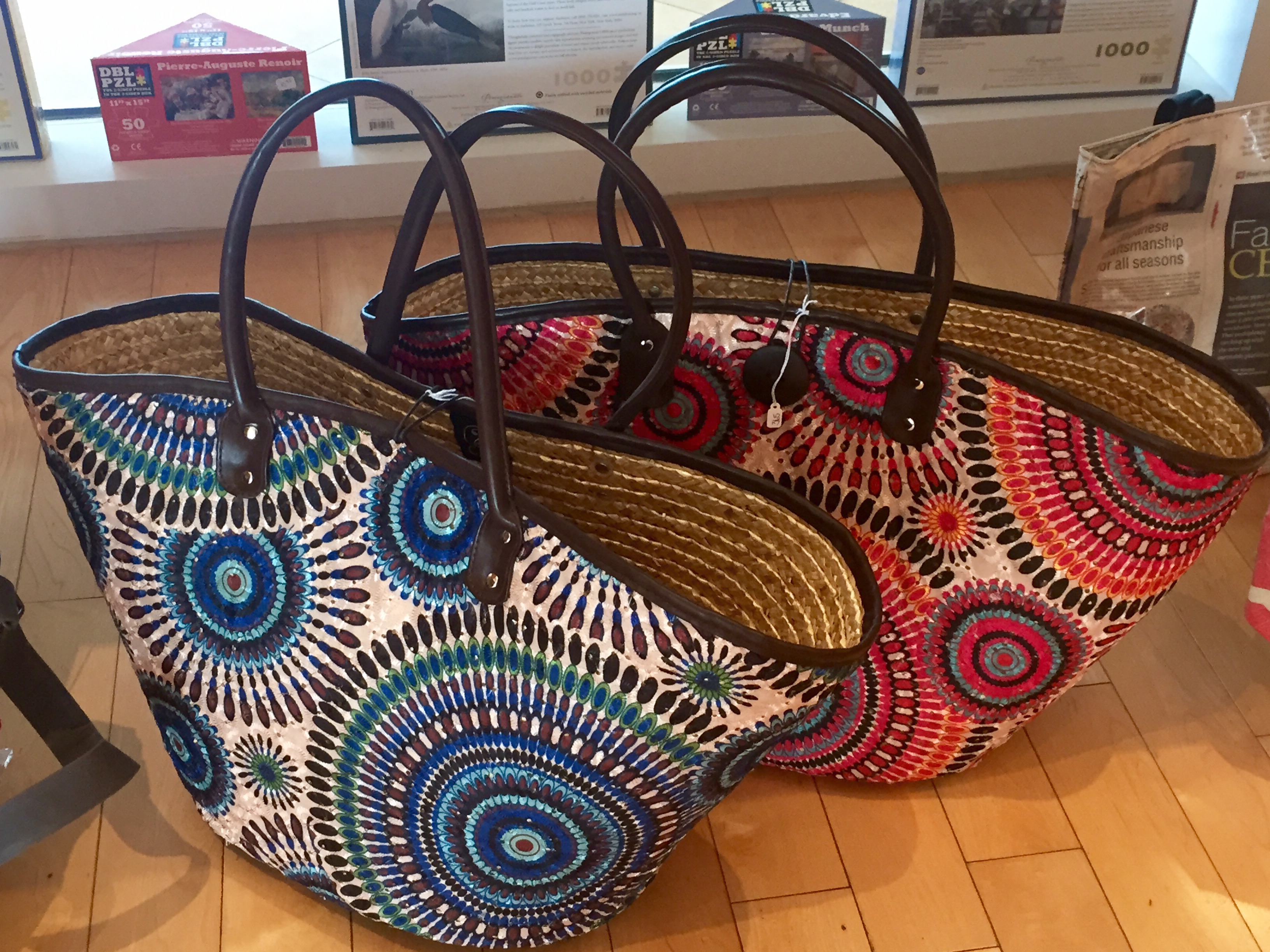 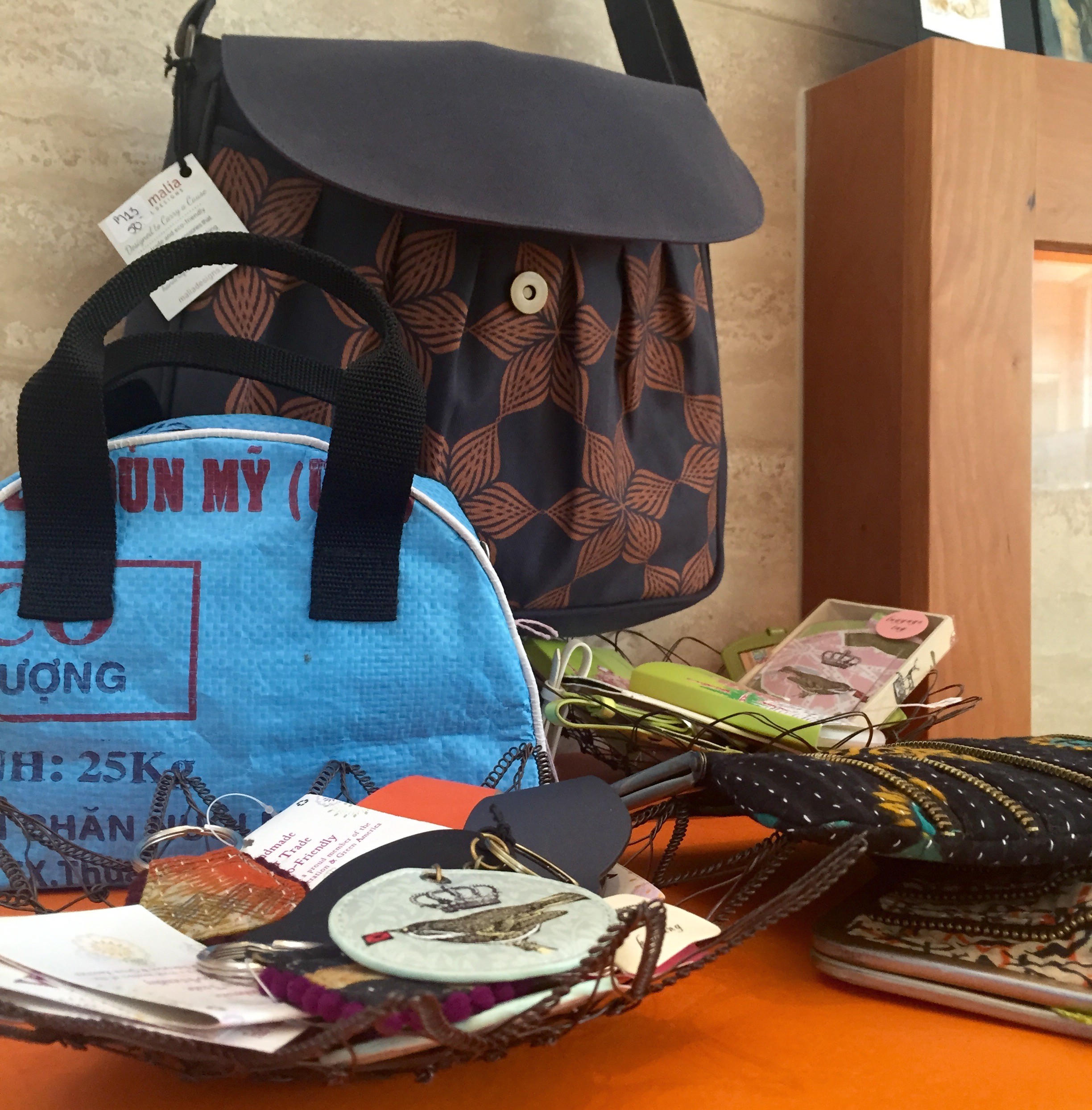 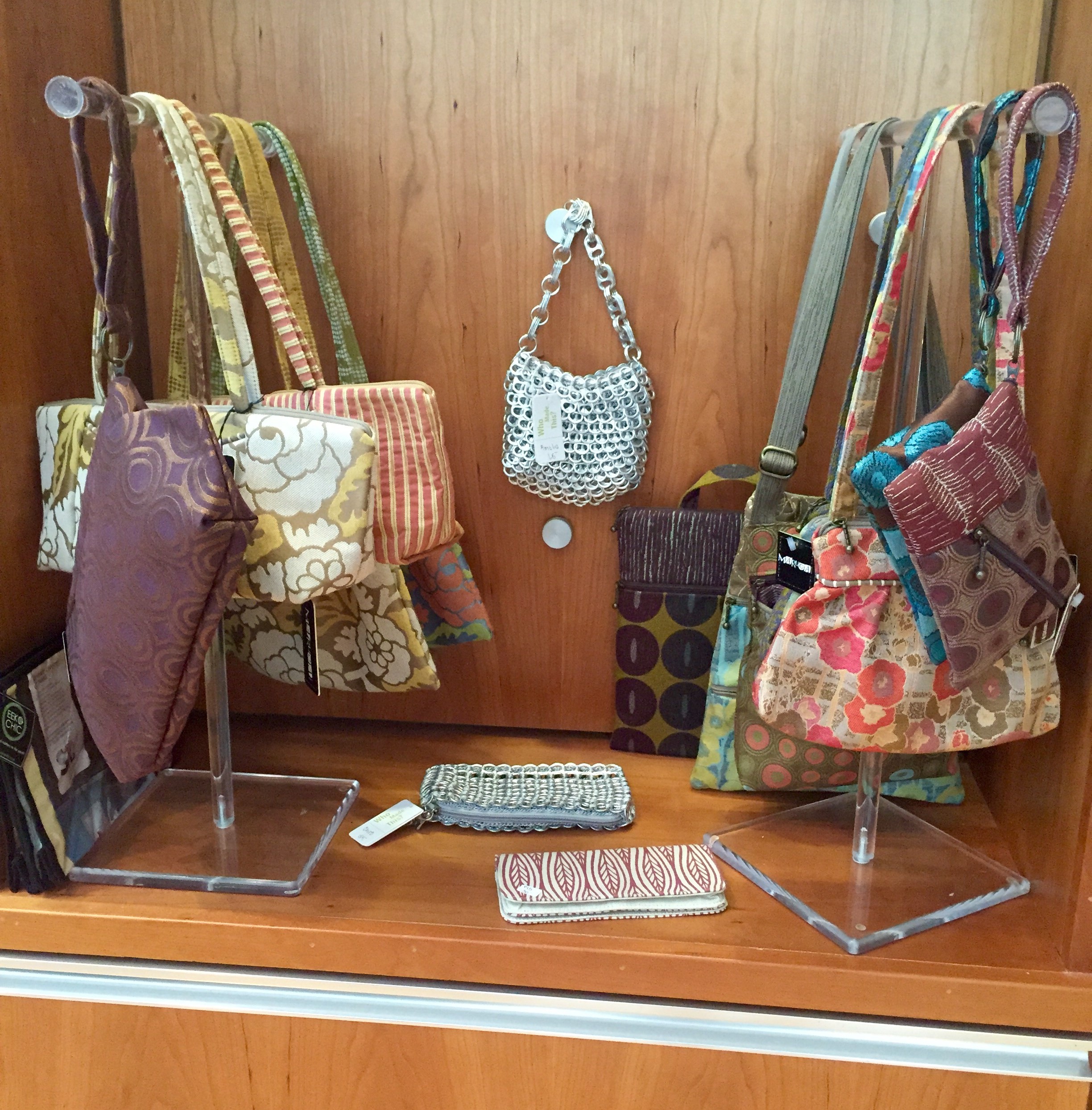 The Fall Membership Drive is Monday, August 24 through Friday, August 28. During this time renew or join your membership to JCSM at a 10% discounted rate. Don’t forget to attend the Welcome Back Social, Thursday, August 27 at 5pm! Enjoy discounts, delicious food, live music, and receive at custom T-shirt (while supplies last!). RSVP here. 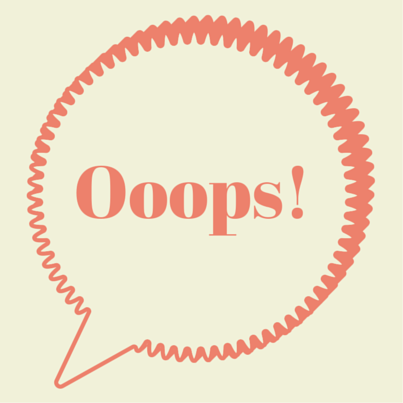 Ticket Registration is currently down.

We regret any inconvenience, but we are experiencing some technical difficulty with our online ticketing system, Eventbrite. We are working to correct the problem. Please note registration for tickets via Eventbrite is encouraged, but not required to attend our regular Thursday and Sunday museum programs. Auditorium seating is limited and available on a first-come, first-served basis; we recommend that you arrive early and fill in all available seating to serve as many visitors as possible.

Thank you for your patience and for your interest in JCSM.