Too in love with the debris of war—

I could not see them, at first, in the road—

Pointing at each other, accusing one

Another of nothing but being there

Without war or spear of grass tipped

In acrimony. The three men stood in the road

Like the hoof and heel of horse and rider

Hemmed by the river’s lick, and the river,

For once, without blood or the musky dead

Bleeding in it, hurrying the rider

To hurry the horse to hammer the high

Grass and heather on its shore into the bowing

Shape of a widow humped over in the high

Grass of mourning. The men stood in the road

With the candor of a wound no longer

No longer a wound; no longer bowing

To language or the hard-headed weather,

The men, in their silence, are a pillar of fire

Lifted from its cage and shattering into ink,

Where the lights have gone out, and the day

Becomes the black paper it was always

Meant to be and crumpled around my eye

So I see not just the knuck and buck

Of the nocturne but where the shadows cling

To stone and pollen and the road

Which is where the dead gather to touch us 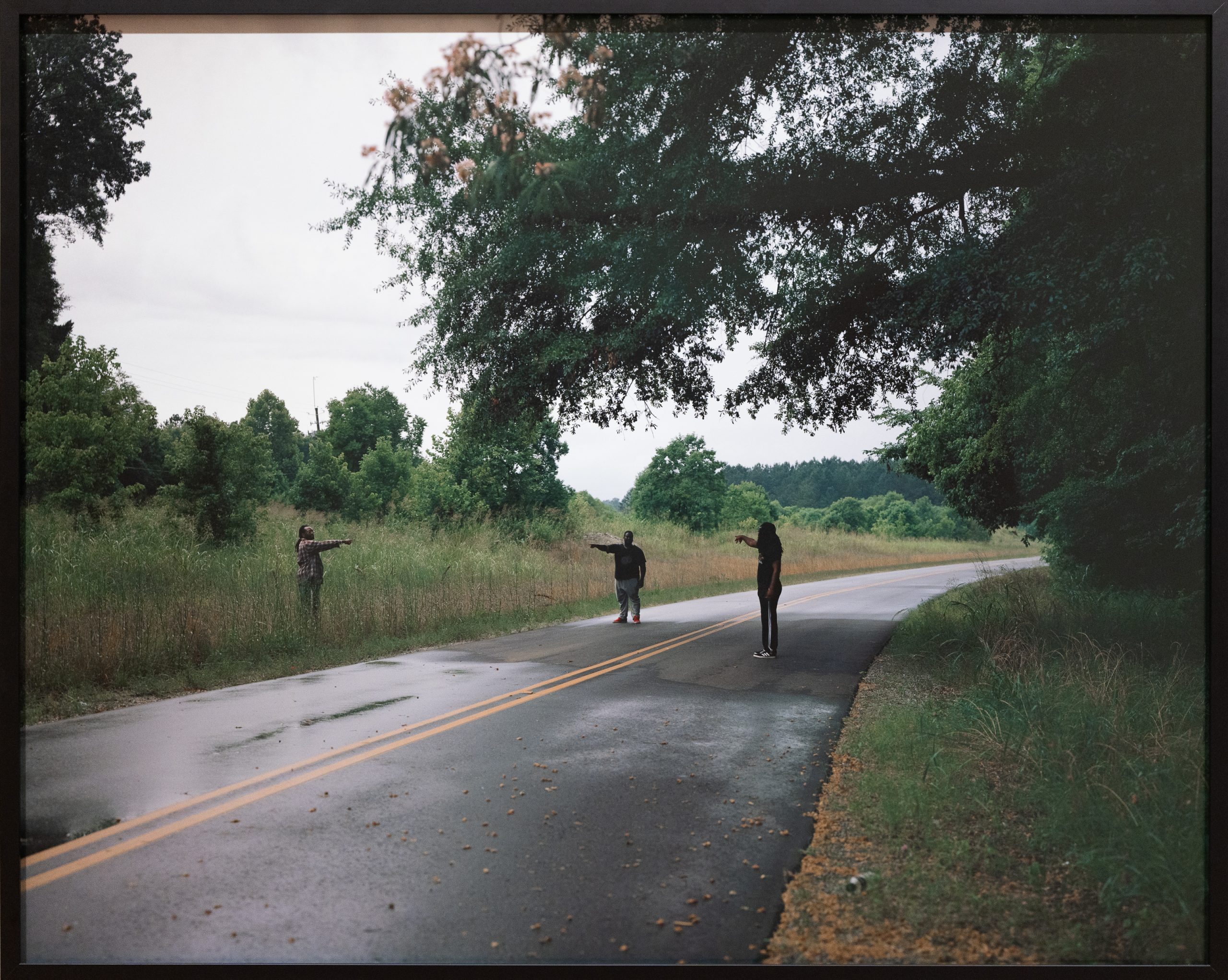 Roger Reeves is the author of King Me and the recipient of a National Endowment for the Arts fellowship and a Ruth Lilly and Dorothy Sargent Rosenberg Fellowship from the Poetry Foundation, among other honors. He lives in Austin, Texas.