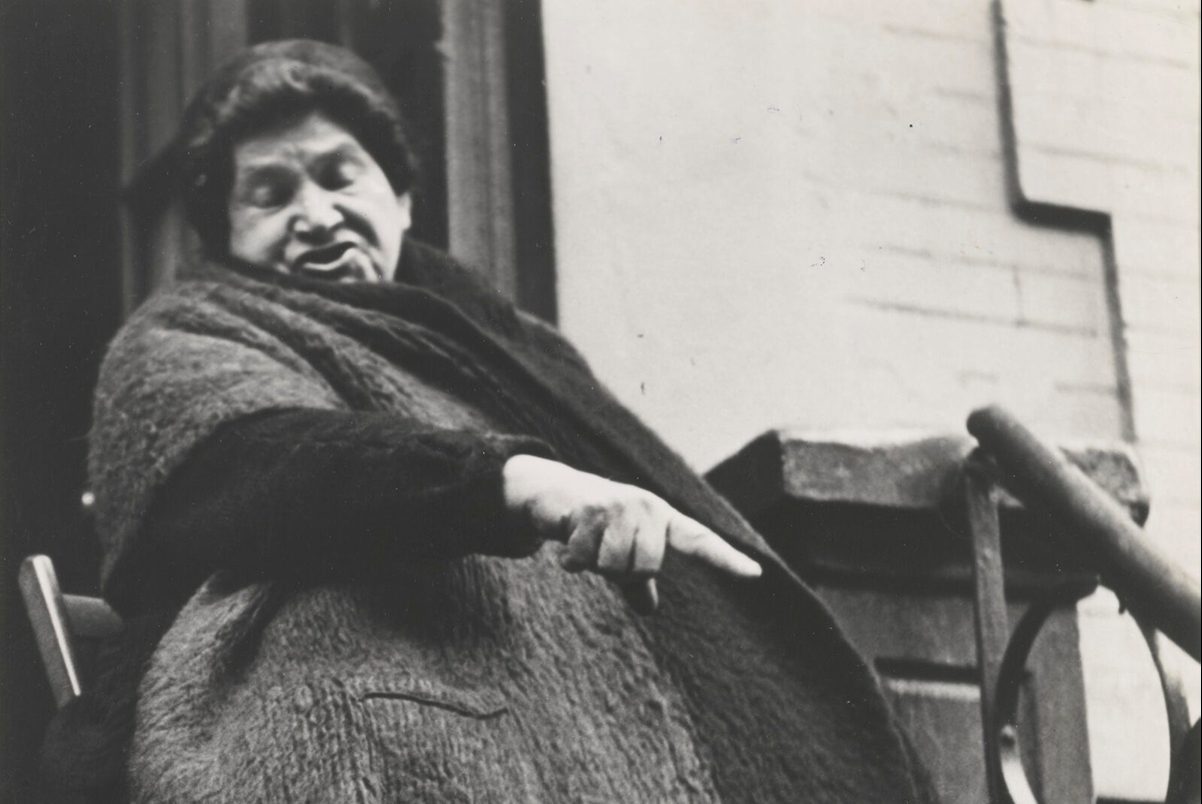 Can a photograph capture a personality? Lisette Model’s “Lower East Side (woman), New York”  is on her stoop in mid-sentence, gesturing to the passersby below. Model found inspiration on the streets and in the faces of the city’s celebrities, entertainers and average citizens, which she captured candidly in their unguarded moments. To whom do you think she is talking? What kinds of things has she seen and heard?

Years later, Model learned more about her subject. Her granddaughter described her the woman as a loving, Romania-born widow with nine children. She worked day and night at a little store in front of her apartment. The photographer recounted in a 1979 interview how she gifted a copy to the family, who had a party to unveil the photo with family and friends. “People came in and said yes that’s her,” explained Model. “and you see that it is when the real people see it, not other people who will say what kind of a grotesque monster did you photograph here. That was not what I photographed. I knew that this woman was a great personality, and so were many others.”